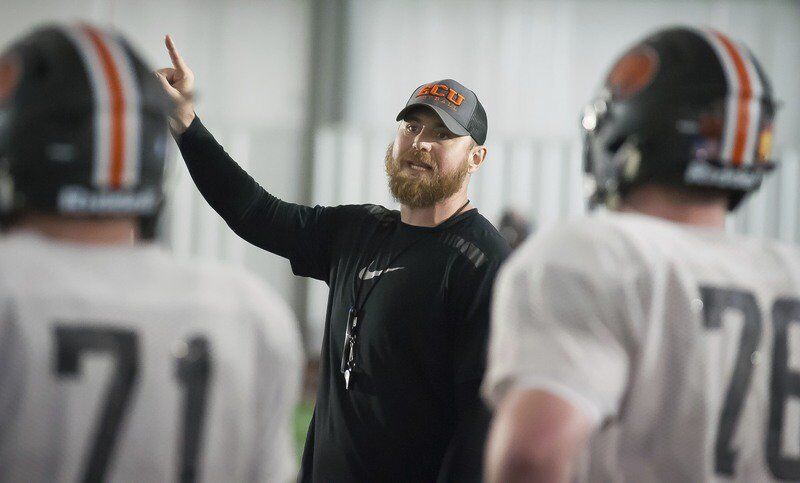 Williams, who spent the last eight and a half years as the AD, will remain at East Central and is returning to the classroom.

“I have really enjoyed my time as athletic director, but my kids are only young once and I feel I need to enjoy this time watching and encouraging them in sports and in their academic careers,” Williams said.

Since 2013, Williams has served as the director of athletics at ECU, guiding the Tigers through many changes in coaching and many victories for various teams. Before this role, he was the chair of ECU’s Department of Kinesiology.

“I am proud of the accomplishments across the athletic department and look forward to their continued success,” he said. “I would like to thank our coaches, staff and our student-athletes for the way they represent ECU.”

Before serving as chair of ECU’s Kinesiology Department, Williams was director of ECU’s Athletic Training Education Program, Coordinator of the Master of Secondary Education – Sports Administration Program at ECU and head athletic trainer at the Ada institution.

Williams began his career at ECU in 1999. He served as an assistant professor and was tenured at ECU in 2012 after receiving his Doctor of Philosophy from the University of Oklahoma in 2011. He obtained his Master of Human Relations from OU in 1999 and a Bachelor of Science in health and sports sciences from OU, with an emphasis on exercise science, in 1996.

Johnson will now have double duties as football coach and the AD.

“I am honored to have been asked to serve in this position,” Johnson said. “My plan is to continue the momentum for ECU athletics.”

“Coach Johnson has more than 25 years of experience playing and coaching college and professional teams and building teams throughout the country,” Pierson said. “We are so pleased he is able to continue his role as head football coach as well as serve as the interim athletic director.”

That experience includes both as a player and coach. He has coached at NCAA Division I and NCAA Division III universities and the high school level and has also operated his own camp for up-and-coming players. He has great experience as a player on the field at the University of Wisconsin — Madison for four seasons and spent seven years in the NFL.