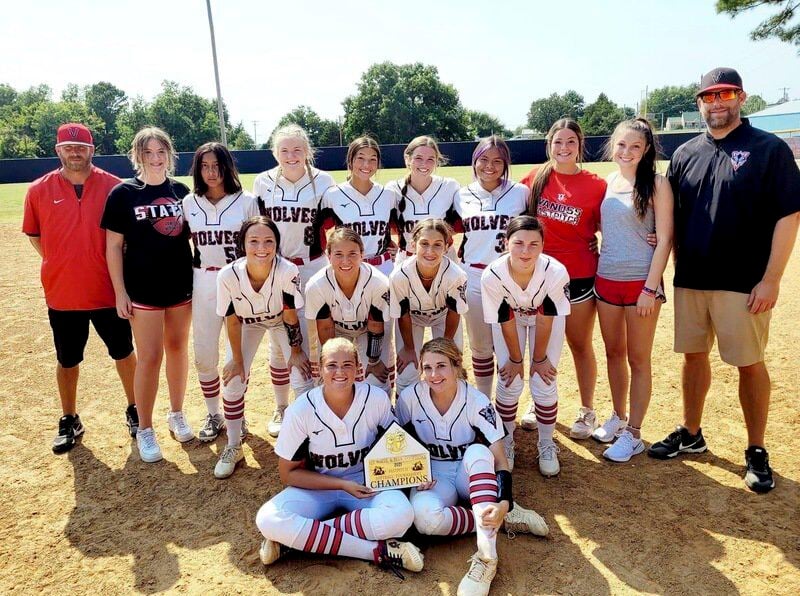 The Vanoss Lady Wolves won the 2021 Red, White and Blue Conference Tournament with a 5-1 victory over Stratford in Saturday’s finals at Asher High School. Vanoss improved to 21-9 on the year after the title run. 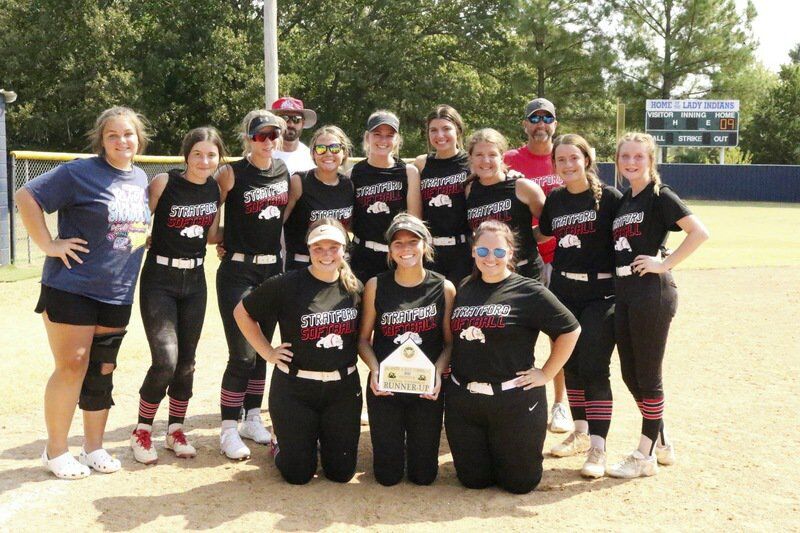 The Vanoss Lady Wolves won the 2021 Red, White and Blue Conference Tournament with a 5-1 victory over Stratford in Saturday’s finals at Asher High School. Vanoss improved to 21-9 on the year after the title run.

The Wolves shut down Stratford 5-1 in Saturday’s title game and edged the Lady Bulldogs 2-1 in a Friday winner’s bracket game.

Stratford hosts Healdton at 6 p.m. today and travels to Latta at 4:30 p.m. Thursday.

Vanoss led just 2-1 before scoring three times in the bottom of the third inning. The game ended after four innings due to the time limit.

The Lady Wolves were limited to just five hits but took advantage of six walks, a hit batter and two SHS errors.

Hailee Brown finished 1-for-1 with a walk, a double and two RBIs for the Lady Wolves, while Madi Faust went 1-for-2 with a walk and two runs scored. Maddi Dansby also hit a double for Vanoss, while Katrina Dupree went 1-for-2 with two RBIs. Eryn Khoury had the other VHS hit, walked and scored a run.

Kennedy Layton went 1-for-2 and knocked in a run for Stratford, while Liberty Fires finished 1-for-2 and scored a run.

Vanoss erased a 1-0 lead by scoring single runs in the third and fourth innings.

The Lady Wolves scored what turned out to be the winning run in the fourth frame. Madi Faust led off with a triple and scored on an RBI groundout by Trinity Belcher.

Vanoss collected six hits in the contest by six different players. Maddi Dansby cracked a double, while Brinn Brassfield went 1-for-1 with an RBI. Jacee Underwood finished 1-for-2 with a run scored, while Belcher and Katrina Dupree had the other Vanoss hits.

Stratford ended up with five hits by five different players. Abby Ortega went 1-for-2 with a double and a run scored, while Lenea Sandlin finished 1-for-2 with an RBI. Liberty Fires, Tinley Dempsey and Brynn Savage also had hits for the Lady Bulldogs.

ASHER — Maysville scratched for three runs in the top of the third inning to break a 1-1 tie and clip Konawa 4-1 at the Red, White and Blue Conference Tournament Saturday in Asher.

The Lady Warriors also had just four hits. Leslie Wilmot finished 2-for-2 with two RBIs, while Gentry Wimot went 1-for-2 with a double and a run scored. Emmy Wigley had the other Maysville base hit.

The game ended after three innings due to the time limit.