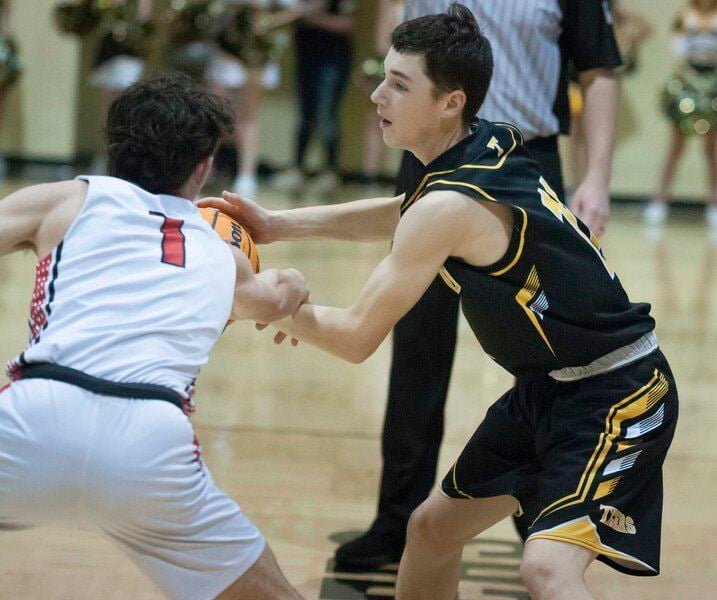 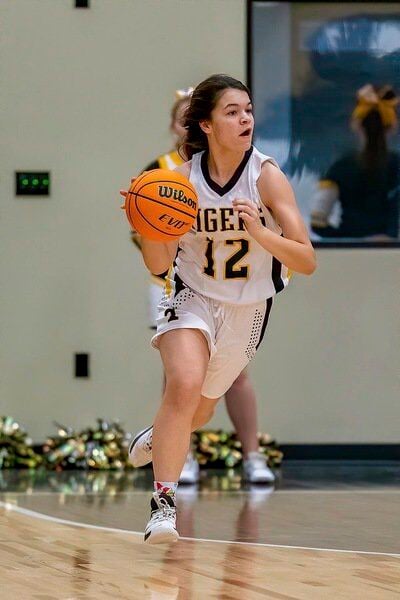 Tupelo improved to 7-7 and was scheduled to face Sasakwa — also a local opponent — Monday in another regional consolation contest in Varnum.

In a boys winner’s bracket affair, No. 1 Varnum sped past Tupelo 76-38. The Tigers (5-9) tried to keep their season alive against Coleman on Monday.

Calvin led 12-10 after a low-scoring first half. The Lady Tigers outscored the Lady Bulldogs 13-10 in the third quarter to carry a slim 23-22 lead into the final eight minutes.

Faith Norman of Calvin led all scorers with 11 points, while Makenzie Wilson followed with six. Tessa Ehtelbah sank a 3-pointer and finished with four points and Mariah Bump rounded out the CHS scoring with four.

The top-ranked Whippets simply proved to be too big of a mountain for Tupelo to climb on this night.

Varnum sped to a 27-11 lead after the first quarter and by the time halftime rolled around, the home team was on top 44-16.

The Whippets were led by sharpshooter Lance Nutt, who sank five 3-pointers and finished with 19 points. Martell Davis hit a trio of 3-pointers and he — along with teammate Terrance Madkins — added 16 points apiece.