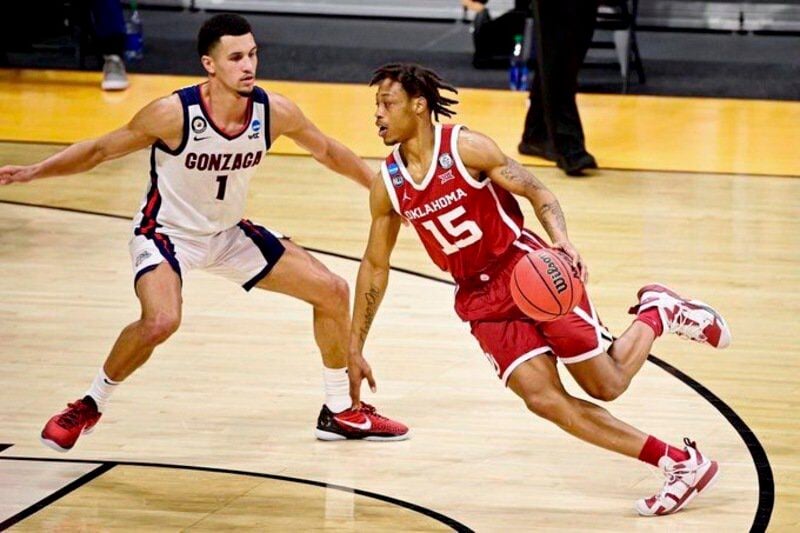 Oklahoma Basketball | Twitter PhotoOklahoma’s Alondes Williams drives to the basket against Jalen Suggs (1) of Gonzaga during their second-round matchup Monday at the NCAA Tournament at Hinkle Fieldhouse in Indianapolis. 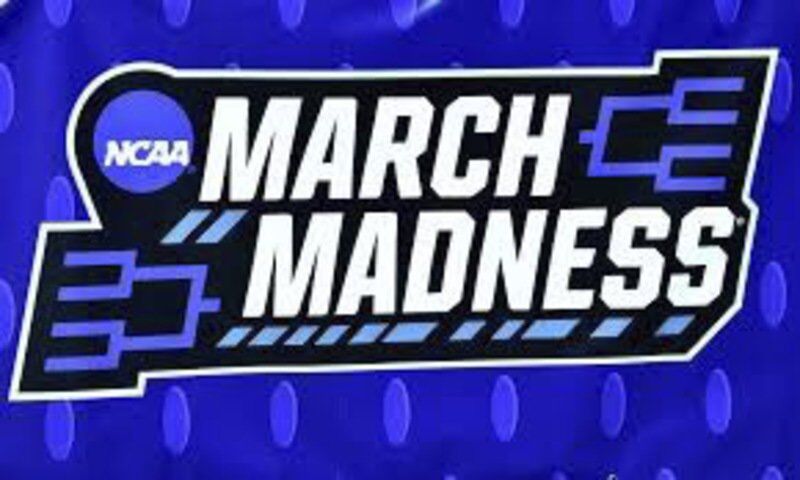 Oklahoma Basketball | Twitter PhotoOklahoma’s Alondes Williams drives to the basket against Jalen Suggs (1) of Gonzaga during their second-round matchup Monday at the NCAA Tournament at Hinkle Fieldhouse in Indianapolis.

NORMAN — Oklahoma found its offense from the jump, it shot 50% from the floor for 40 minutes and Austin Reaves dropped 27 points.

All signs pointed toward OU having a chance against top-seeded Gonzaga Monday afternoon at historic Hinkle Fieldhouse in Indianapolis.

Yet, the Bulldogs were still too much.

OU was within nine of Gonzaga with 2:06 to go after Alondes Williams scored two of his 15 points. The Bulldogs overwhelmed the Sooners to close the game, primarily at the free-throw-line, and punched their ticket to the Sweet 16.

OU had trailed by 19 points with 12:04 left in the second before making one last run at an upset that never materialized.

The Sooners (16-11) rarely were run off the floor this season, fighting for 40 minutes each night through a rigorous conference slate.

“This group is like that, all year long,” said OU coach Lon Kruger, whose team hadn’t lost by double digits since No. 1 seed Baylor beat OU 76-61 in Waco, Texas, on Jan. 6.

“Most all the games were tight in Big 12 play, but when we did get down at times during the season, Big 12 year, they fought back, got back in the ballgames, had good runs. Even today, I thought there midway in the second half, last five minutes, I thought they really scrapped to make it a ball game, and they’ve done that all year. So not surprised by that out of this group.”

A veteran cast provided the Sooners with ample opportunities to make a run at the undefeated Bulldogs.

OU didn’t have the services of its second-leading scorer De’Vion Harmon, who was still out due to COVID-19 protocol. But fellow sophomore Jalen Hill, who started in Harmon’s place, matched a season-high 11 points, while first-year OU guard Elijah Harkless had nine rebounds, seven points and a steal before fouling out.

OU’s biggest issue, outside of Gonzaga taking 26 free-throw attempts to its 12, was a 30-point performance from Bulldogs post Drew Timme. Both Jalen Suggs and Corey Kispet each scored 16 points for Gonzaga as well.

The Sooners went up 12-4 to open the game, showing a different level of enthusiasm on their biggest stage of the season.

How could they not against the Bulldogs, who are now 28-0?

“You’re playing the No. 1 team in the country,” Reaves said. “... They haven’t lost a game all year, really good basketball team. So you come out feeling some type of way.”

OU ultimately cooled off, though it ultimately shot a better field-goal percentage than Gonzaga, which made 49.1% of its attempts from the floor.

The Sooners were down by three with five minutes remaining in the first half before Gonzaga parlayed OU’s foul trouble into late-half foul shots.

Perhaps the Sooners wouldn’t have been fighting the country’s top-seeded team for a Sweet 16 berth had it not been for a late collapse in the regular season and quarterfinals exit in the Big 12 tournament.

“We kind of did it to ourselves down the stretch,” Reaves said. “In the regular season we lost the last four or whatever and put ourselves in that situation.

“But on the other end of it you’ve got to beat really good teams anyway, if you want to win it all. … I’m really proud of these guys. We did a lot of special things this year, and you know, we just got beat today.”

ADA [ndash] Matilda Anita Jones, 73, of Ada, Oklahoma passed away Saturday, April 17, 2021, in Ada. Graveside services for Matilda will be held Wednesday, April 21, 2021, at Memorial Park Cemetery in Ada, Oklahoma at 10 a.m. For up-to-date service information, please follow us on Facebook at…

ADA [ndash] Services for Ronald Wayne "Ronnie" Roberts, 61, of Ada will be held at a later date. Mr. Roberts passed away Wednesday, April 7, 2021, at his home. He was born July 25, 1959, in Ada, OK to Melvin Austin and Edna Pauline Dew Roberts. Mr. Roberts was a handyman. Survivors include t…