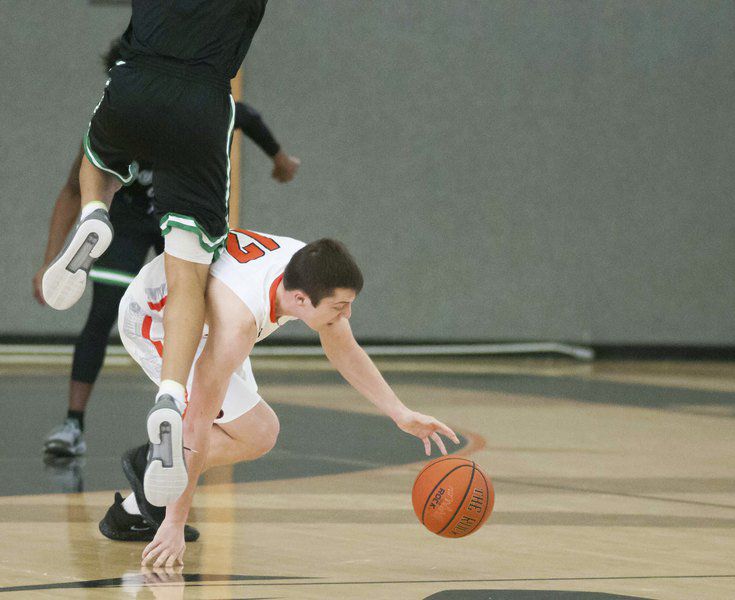 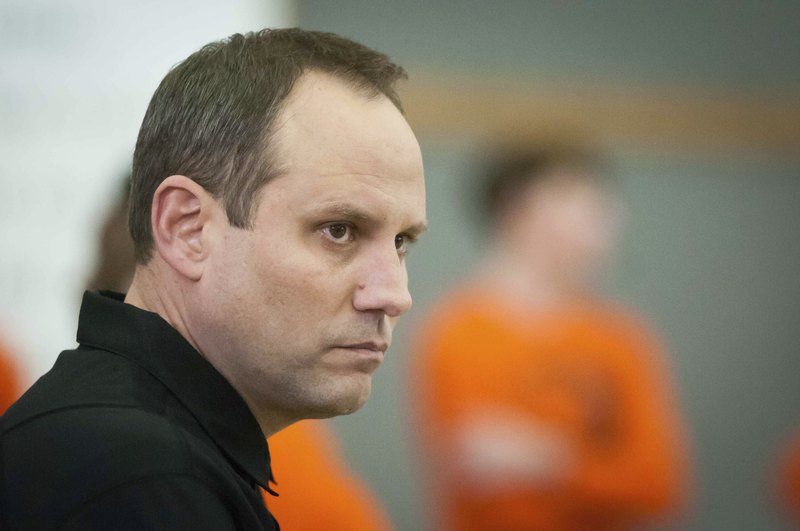 When senior playmaker Camron Talley hit a 3-pointer at the 10:50 mark of the first quarter to give the East Central University men’s basketball team a 28-4 lead over visiting Arkansas-Monticello, it looked the Tigers might have delivered an early knockout punch.

No one expected the Kerr Activities Center to turn into the Twilight Zone.

Talley scored a team-high 33 points to help the Tigers outlast the Boll Weevils 129-122 Saturday evening in a triple-overtime thriller for the ages.

East Central improved to 12-2 overall and stayed atop the Great American Conference standings with a 6-2 mark. Monticello left town at 11-4 and 5-3.

East Central head coach Ja Havens, who has been a part of 18 100-point games during his seven years at East Central, said he never counted Arkansas-Monticello out despite the huge early lead.

“We expected an extremely competitive game, and that’s exactly how it played out,” Havens told The Ada News.

“I am so proud of our team for the way they competed and the toughness they showed many times throughout the game,” he continued. “What a game to be a part of. There were two very good teams on the floor together for 55 minutes of action, and we are fortunate and thankful we were able to come out on top. It was a true team effort to get the job done.”

It was the second-highest scoring game in ECU history. At the top of that list is a 141-116 win over Tinker Field during the 1964-65 season. It’s the fourth time this season the Tigers have eclipsed the century mark.

The game was tied 12 times and saw 16 lead changes.

“We continued to respond the right way when adversity hit, and we had key contributions when we needed it the most,” Havens said.

During the Tigers’ hot start, they connected on 11-of-15 shots from the field. That included four 3-point baskets.

Monticello led 84-79 after two free throws by Marcus Gilbert with 3:07 left to play in the second frame.

ECU got a pair of free shots by Caleb Williams and a dunk by Jalan Brown to get within 84-83 with 1:57 showing.

Trailing by three, Zac Neely hit a huge 3-pointer with 28 seconds left to knot the score at 86-all and UAM missed a triple at the buzzer, sending the game into the first overtime.

Gerren Jackson’s jumper with 50 seconds left in the first OT put the Tigers on top 98-95.

However, Marcus Gilbert drained a 3-pointer at the buzzer for Monticello to send the game into double overtime.

Monticello grabbed a 107-105 advantage with 18 seconds left after a layup by Kwame McBean.

Talley answered with two free throws with :03 showing that tied the game at 107-107 heading into overtime No. 3.

East Central finally took control, again, by scoring the first 14 points of the third extra period. Talley had eight points during that stretch, including a 3-pointer and a conventional three-point play. The Tigers were 7-of-7 from the free-throw line during that run, including two Talley free throws that were the result of a technical foul on the UAM bench.

Talley finished the game with five 3-pointers and was 10-of-12 from the free-throw stripe.

Neely registered a double-double that included a career-best 26 points and 12 rebounds. He hit 10-of-16 (62.5%) field goals and drained four 3-pointers.

Jackson scored a career-high 22 points and had six rebounds and three assists. Caleb Williams tossed in a career-best 21 points on 7-of-10 shooting.

Wanya King erupted for a game-high 37 points for Monticello. He hit nine 3-pointers. Lesure scored 21 points and grabbed 10 rebounds for the Boll Weevils, while Justin Slocum added 20 points on 8-of-11 shooting before fouling out.

East Central travels to Durant tonight to take on archrival Southeastern (12-3). Tip-off is scheduled for 7:30 p.m. inside the Bloomer Sullivan Arena.