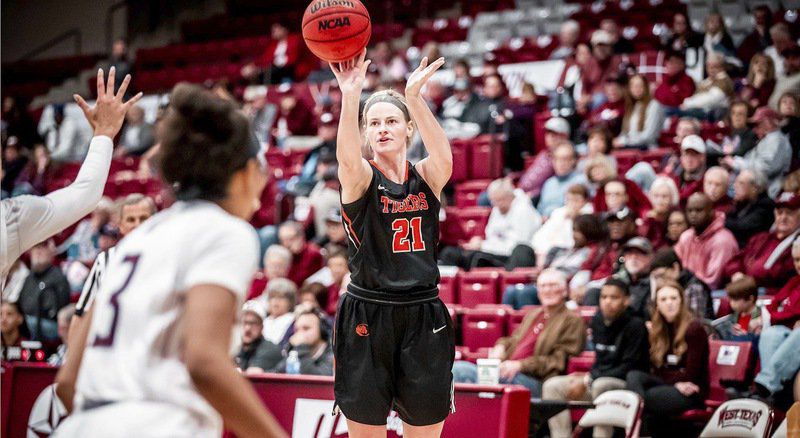 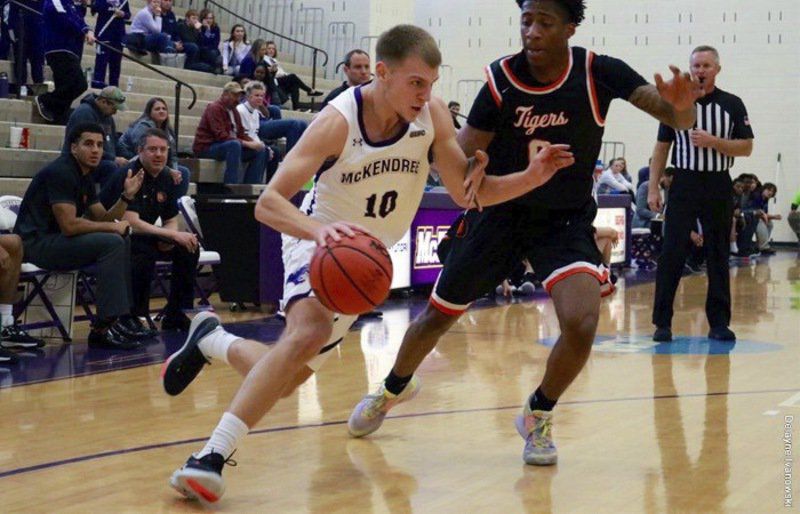 The Tigers improved to 3-0 on the year, while the Bearcats fell to 1-2.

Camron Talley and Caleb Williams led a balanced attack for East Central with 15 points each. Josh Apple registered a double-double with 14 points and a game-high 16 rebounds for the Tigers.

The Tigers shot 59.1 percent from the field in the second half and outscored the Bearcats 38-32.

Zac Neely added 12 points for the Tigers, while Tyler Arnold chipped in nine.

The Tigers now jump into the Great American Conference portion of their schedule at 7:30 p.m. Thursday with a trip to Weatherford to battle Southwestern.

CANYON, Texas – No. 12 West Texas A&M trailed by 11 points heading into the final quarter of play on Saturday night before rallying past East Central 62-60 inside the First United Bank Center.

Madison Nicken’s jumper in the paint put ECU on top 60-59 with 25 seconds left in the game.

Sienna Lenz hit a pair of free throws with 12 seconds left to put the Lady Buffs up 62-61.

Madison Rehl missed a 3-pointer with time winding down for the Tigers, and Nathali Linden made a late free throw for the final point.

Lenz finished with 23 points to pace West Texas A&M, while Tiana Parker was a force on the defensive end of the floor with six rebounds to go along with seven blocks.

The Tigers had four players in double figures, as they were led by Maci Hanson and Sam Schwab with 11 points each Kendall Schulte led all players with seven rebounds to go along with eight points, while Nickens and Hannah Ladd added 10 points each in the loss.

The Tigers return to action against Southwestern at 5:30 p.m. Thursday in Weatherford.