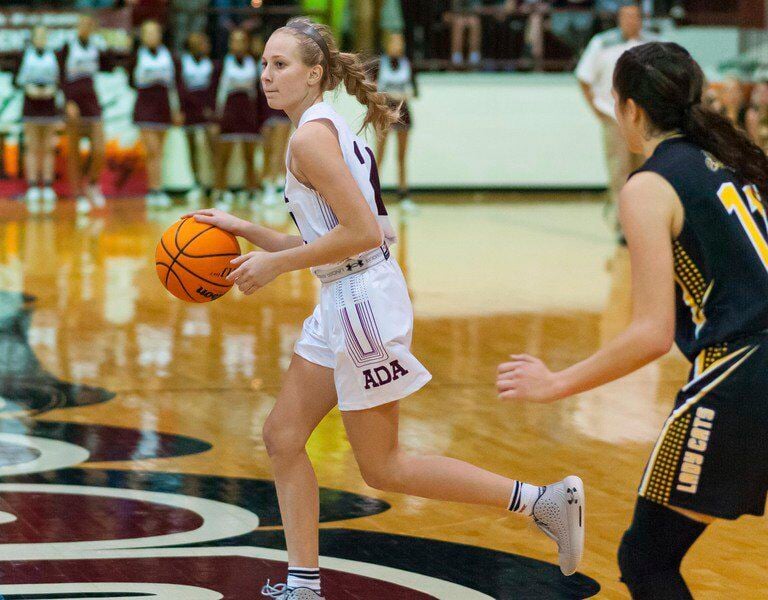 Tatum Havens, shown playing for Ada High School as a sophomore, is returning to her home away from home. She committed to play college basketball at East Central University earlier this month. 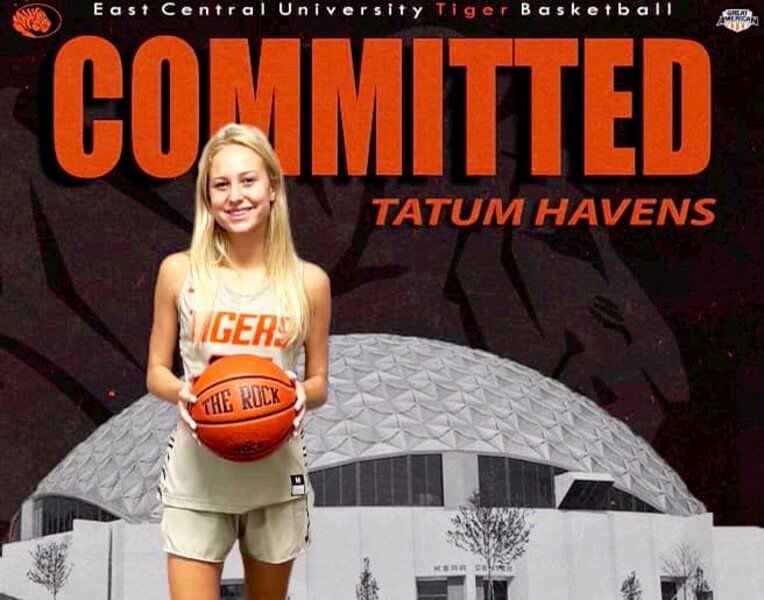 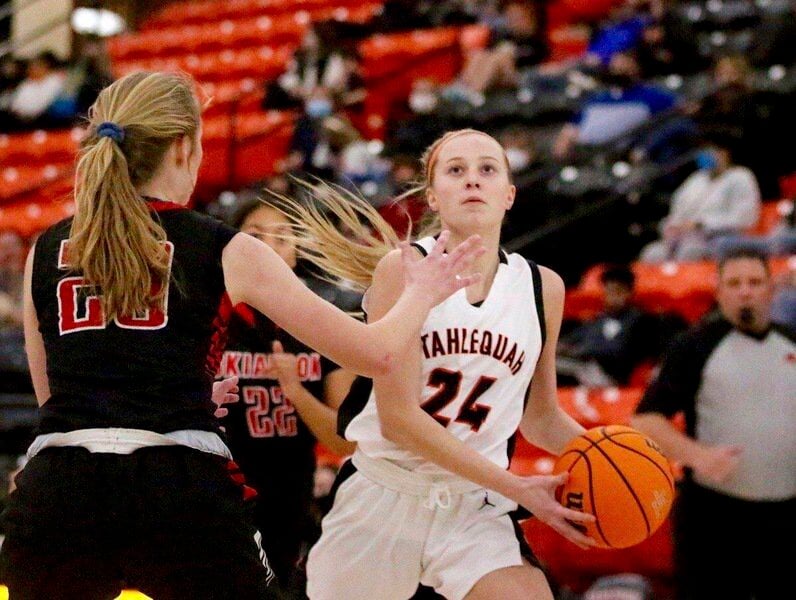 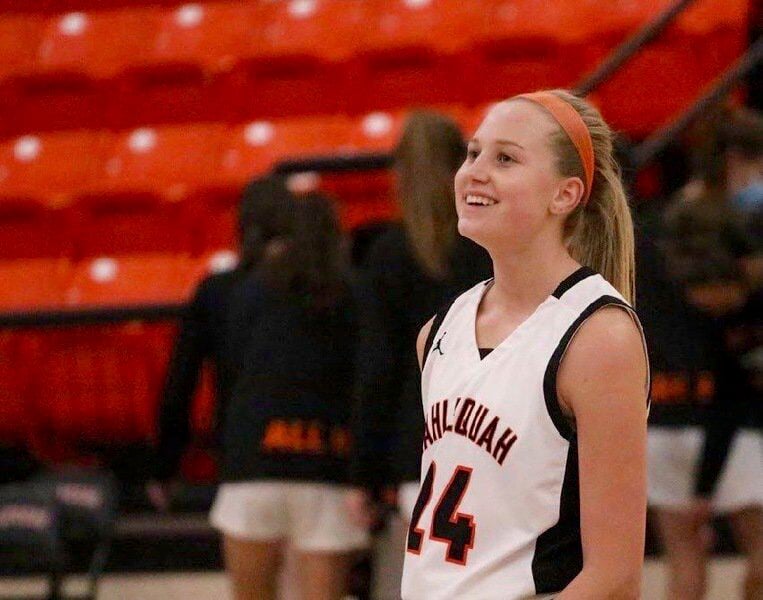 Tahlequah senior Tatum Havens is all smiles while on the basketball court during her junior campaign with the Lady Tigers.

Tatum Havens, shown playing for Ada High School as a sophomore, is returning to her home away from home. She committed to play college basketball at East Central University earlier this month.

Tahlequah senior Tatum Havens is all smiles while on the basketball court during her junior campaign with the Lady Tigers.

Havens, a senior at Tahlequah High School, committed to play college basketball at East Central earlier this month and will join the Lady Tigers next fall.

Havens grew up and played basketball in Ada City Schools system while her father, Ja Havens, was the head men’s basketball coach at ECU for seven years.

After taking her official visit to East Central and visiting with women’s basketball coach Matt Cole and his staff, Tatum decided she would return to her home away from home after graduating from Tahlequah.

“I’m really excited. After going on the visit, it hit me. I told my mom that this was definitely the right fit for me,” Havens told The Ada News Thursday morning. “I love the coaching staff. I love the team. It became obvious to me.”

Tatum has rained many a 3-pointer inside ECU’s venerable old gym and that familiarity will be a plus when making the transition from high school to college basketball.

“I’m comfortable in that gym. I’ve put up thousands of shots in that gym and grew up in that gym,” she said. “It will be a little different actually playing there. But I’m super excited. I’m really comfortable with it and I think it will be great.”

Tatum considering heading east to the University of Arkansas-Fort Smith. Oklahoma Baptist University in Shawnee was also on her radar.

“(Fort Smith) was probably the biggest competition with East Central. Them and OBU were really the Top 3 for me whenever came down to it,” she said.

The Havens family made many friends in Ada while Ja was coaching at East Central. Tatum said having that support also played a part in deciding to attend college at ECU. Her mother, Angie, loved that part of her daughter’s choice as well.

Some of the other things Tatum was looking for while being recruited were finding the right church to attend and what good eating places were available. After all, a girl can’t go hungry while writing papers for college.

Tatum also likes the fact that she’ll be close to her coaches at Ada — head coach Christie Jennings and assistant coach Leslie Landrum.

“I already have a church home there (H20) and I have a good support system there. Knowing I’ll be in the same town as my old coaches like coach Landrum and coach Jennings and other families that I know was a big piece for me. It was good for my mom too. She was like, if I ever needed a good home-cooked meal, they have you covered.”

During her junior year at Tahlequah, the Lady Tigers finished as the runner-up at the Class 5A State Tournament, dropping a tough 58-49 decision to No. 1 Sapulpa in the title game. Tatum and company finished with a sparking 23-3 record.

Tahlequah has been bumped to Class 6A this season, but Tatum thinks her team has still has what it takes to get back to the state tournament.

“We have a lot of girls coming back. I really think we should have a great season,” she said. “I think we can make it pretty far in the playoffs. With us being in (Class) 6A now, it’s going to be a lot more difficult. but I really think we have the pieces to make it work.”

Tatum also thinks her former team, the Ada Lady Cougars, can make a strong playoff push next February behind the leadership of her two senior buddies — Shayla Wofford and Amaya Frizell.

“I think the seniors I played with — Shayla and Amaya — are going to be big leaders on the team. I think they’ll have a great senior year,” she said. “I never had the chance to play with Carizma (Nelson) and Makaviya (Nelson) but after watching them play last year, it’s exciting. And I think Sania will really help the team too. I think they have a really good shot this year of making it really far.”