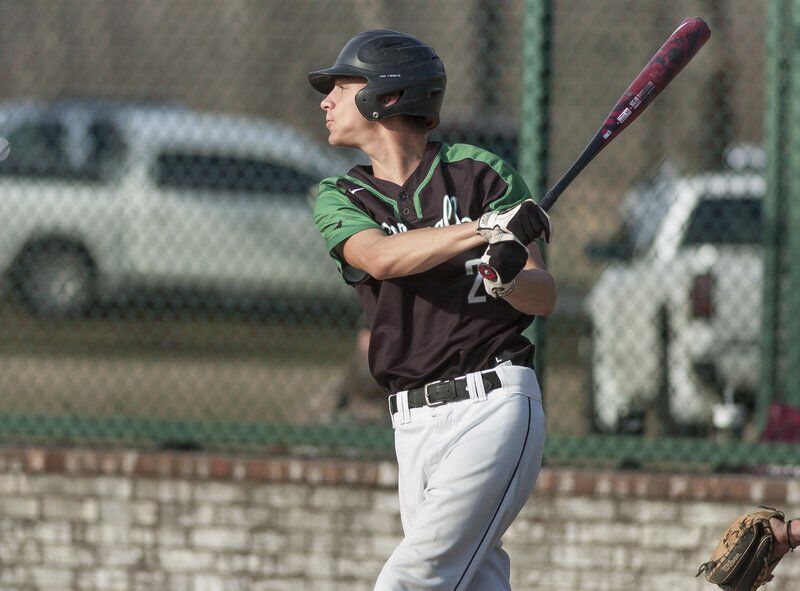 Clayton Findley finished 3-for-4, drove in a run and scored twice in Stonewall’s 13-3 road win over Vanoss Monday night. 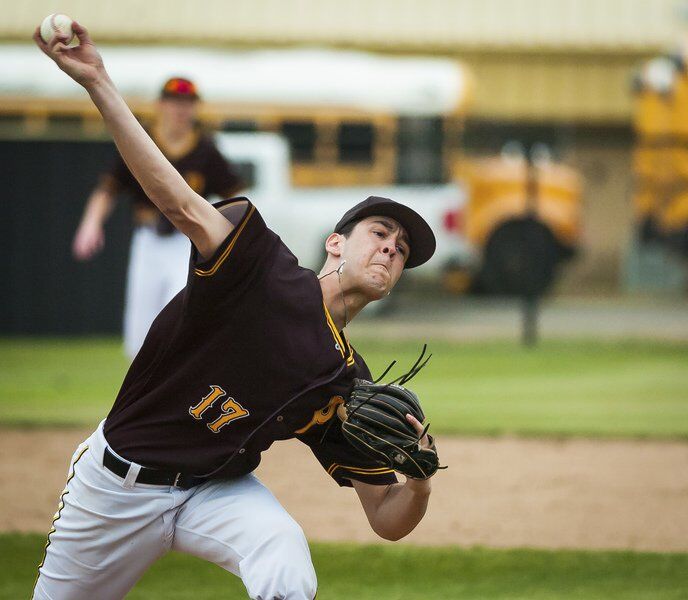 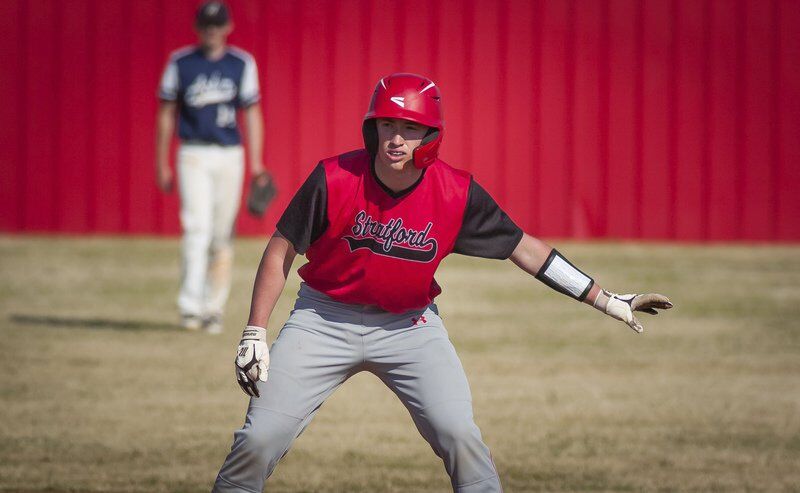 Stratford sophomore Jase Fulks (17) finished 3-for-4 with a triple, two RBIs and a run scored against Preston Monday night

Clayton Findley finished 3-for-4, drove in a run and scored twice in Stonewall’s 13-3 road win over Vanoss Monday night.

Stratford sophomore Jase Fulks (17) finished 3-for-4 with a triple, two RBIs and a run scored against Preston Monday night

VANOSS — The Stonewall Longhorns broke a 3-3 tie by scoring six runs in the top of the third inning en route to a 13-3 road victory over local foe Vanoss Monday night.

The Longhorns improved to 6-7 on the year, while Vanoss fell to 6-4.

Stonewall would outscore Vanoss 10-0 over the last three innings to end the game via the run-rule.

Spencer Gatewood went 1-for-2 with a double, three RBIs and Mateo Gutierrez went 1-for-1 with three walks, two RBIs and two runs scored. Richard Blue, Cody Wallace and Landyn Smith all had RBIs for the Longhorns.

The Wolves managed just two hits in the contest — singles by Racen Reed and Erik Hatton.

The Wolves are at Coleman Thursday and Stonewall is off to the Dewar Festival on Friday.

PRESTON — The Stratford Bulldogs held off a late Preston rally and clipped the Pirates 5-4 in Game 1 of a District 2A-6 doubleheader Monday night.

Preston scored two runs in the bottom of the seventh inning to get close before Stratford reliever Josiah Stevens struck out the only batter he faced to earn the save. Brisyn Markovich was the winner for the Bulldogs. He struck out two, overcame seven walks and allowed just two earned runs in 6.2 innings.

Cannan Weddle and Levi Kinsworthy both had two of five Stratford hits in the contest. Weddle finished 2-for-3 with a walk, an RBI and a run scored while Kinsworthy went 2-for-4 with an RBI.

Jase Fulks had Stratford’s only other hit and ended up 1-for-2 with two walks and an RBI. Markovich walked and scored twice from his leadoff spot.

Preston was able to complete a seventh-inning rally in this contest.

The Bulldogs led 9-8 after six innings before the Pirates pushed across five runs in the top of the seventh to swipe the victory.

Stratford had scored six runs in the bottom of the fourth inning to tie the game at 8-8 and pushed across another run in the sixth — on a sacrifice fly by Creed Chamberlain — to take a slim 9-8 lead.

Shaw earned the mound win for Preston. He struck out 10 and walked one in 6.2 innings. Josiah Stevens absorbed the loss for Stratford.

Byng pulls away from Pauls Valley

The Pirates exploded for seven runs in the bottom of the second inning to break a 2-2 tie.

Bill McCarter went 2-for-3 with an RBI and Riley McCage ended up 1-for-2 with two RBIs and a run scored. Carson Capps and Caden Azlin were also credited with RBIs for Byng.

McCarter was the winning pitcher for Byng. He struck out nine, walked seven and allowed just one hit and two earned runs in 3.2 innings.

Nick Holloway was he losing hurler for the Panthers.

TUPELO — Varnum ace Baylen White was dominant on the mound in an 11-0 win over host Tupelo on Monday.

The Tigers, ranked No. 5 in Class B, have now lost three of their past four games and fell to 8-5 on the spring. The Whippets, No. 3 in Class B, improved to 15-1 with their 10th consecutive victory.

“We played poorly again,” said Tupelo head coach Clay Weller whose team made four errors. “It should have been about 5-0 but we failed to make a couple of plays that lead to extra outs for them. Varnum has a good club and threw a good arm at us.”

White struck out 13, didn’t walk a batter and allowed just one hit in six excellent innings. Tupelo’s lone hit was a third-inning single by Colton Bourland.

Lance Nutt also had two hits and walked once and scored a run for the Whippets.

Tupelo hosted Class B No. 7 New Lima Tuesday and invites Mill Creek to town on Friday.

The two teams played again Tuesday night in Latta. The Panthers head to the 2021 Coal Mining Classic in Hartshorne on Thursday where they’ll face Valliant at 6:15 p.m. in a first-round matchup.

Kale Williams finished 1-fo-r1 with three walks, three RBIs and a run scored, while Jose Morales went 1-for-1 with an RBI.

Hunter Price was the winning pitcher for Latta. He struck out two, walked five, scattered four hits and didn’t allow an earned run in 2.2. innings. Nik Schroeder struck out the last Okemah batter with the bases loaded to end the game.

ADA [ndash] Services will be held at a later date for Glen T. Barrett, 81, of Ada. Mr. Barrett died Saturday, May 8, 2021 at an Ada hospital. Survivors include his wife, Janet Barrett of the home.