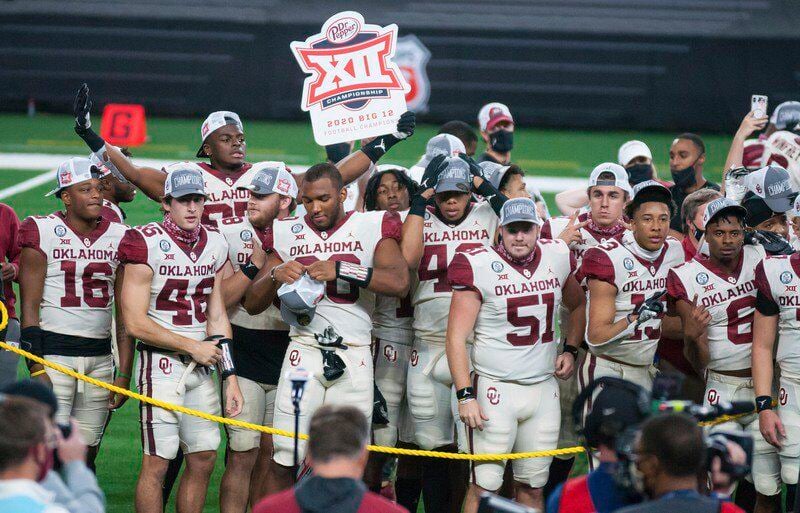 Oklahoma players celebrate after winning the Big 12 Championship Dec. 19 after the Sooners defeated the Iowa State Cyclones 27-21 at AT&T Stadium in Arlington, Texas. 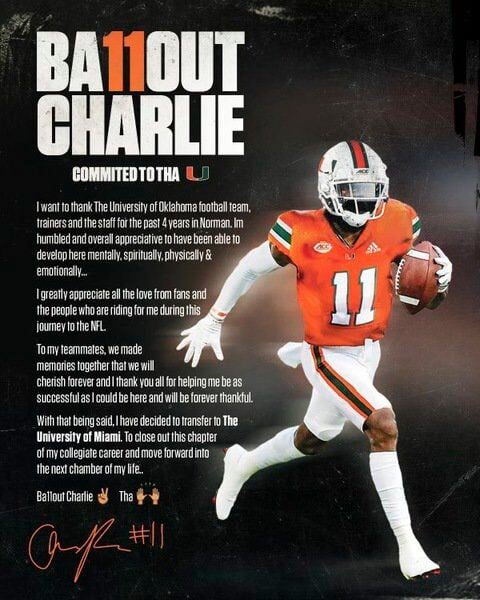 Sooners begin as heavy favorites to win next national title

Oklahoma players celebrate after winning the Big 12 Championship Dec. 19 after the Sooners defeated the Iowa State Cyclones 27-21 at AT&T Stadium in Arlington, Texas.

Sooners begin as heavy favorites to win next national title

NORMAN — Momentum is quickly building for Oklahoma to be a serious College Football Playoff contender from the start of its 2021 season.

OU, coming off of a sixth straight Big 12 title and Cotton Bowl Classic win over Florida, ended its latest campaign with a win for the first time since the 2016 Sooners beat Auburn in the Sugar Bowl.

OU went on to make the College Football Playoff semifinals the following season and nearly made the national championship game but ultimately fell in an epic battle with Georgia.

Perhaps the Sooners’ second chance is awaiting them next season, where they will be a heavy favorite to compete for their eighth national title.

SportsBetting.com currently has the Sooners at 6/1 odds to win the 2022 College Football Playoff championship. Alabama is the leader with 3/1 odds, Clemson is second at 4/1 and Georgia third at 5/1.

The Sooners, who were ranked No. 6 in this past season’s final Associated Press poll, will have stiff competition in their own conference. Iowa State, which still has Matt Campbell at the helm, has the sixth-best odds to win the national title next season at 20/1 odds.

Texas and Oklahoma State have the third- and fourth-best chances among Big 12 schools to bring home college football’s top prize at 50/1 and 75/1 odds, respectively.

If the Sooners can navigate their 2021 slate, which includes nonconference games against Tulane and Nebraska, and win a seventh consecutive conference crown, they will be in good shape to make the College Football Playoff for the fifth time since 2015.

Next season’s semifinal sites will be held at the Cotton Bowl in Arlington, Texas, and Orange Bowl in Miami Gardens, Florida, on Friday, Dec. 31. The national championship game is expected to be hosted by Indianapolis on Monday, Jan. 10, 2022.

Rambo announced he will transfer to Miami (Fla.), where he will have two years of eligibility remaining.

Rambo, a 2017 OU signee, leaves the program after starting the past two seasons and serving as a reserve his redshirt freshman season in 2018.

Rambo tallied 1,180 career receiving yards on 76 catches and nine touchdowns over 36 games. He posted 15.5 yards per catch and 31.2 yards per game.

This past season, Rambo was OU’s fourth-leading receiver with 312 yards via 25 catches.