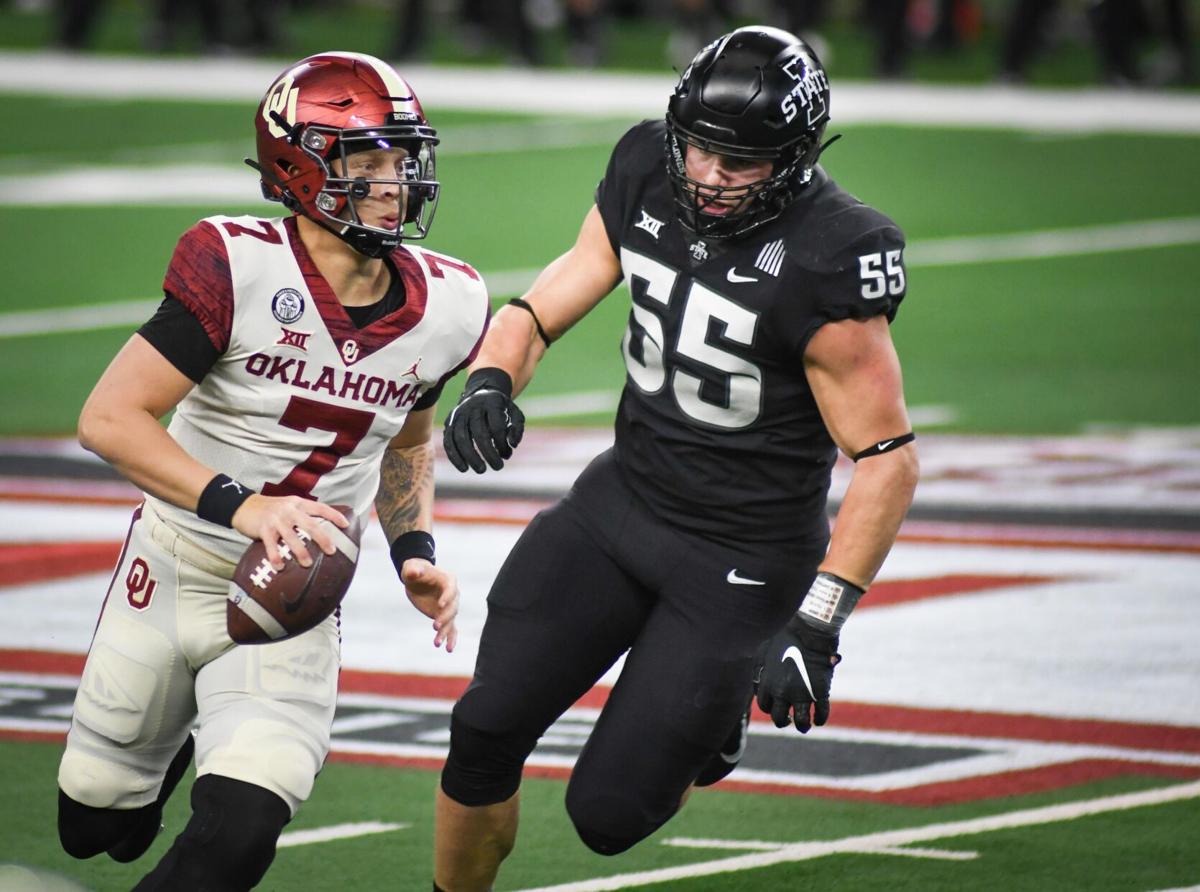 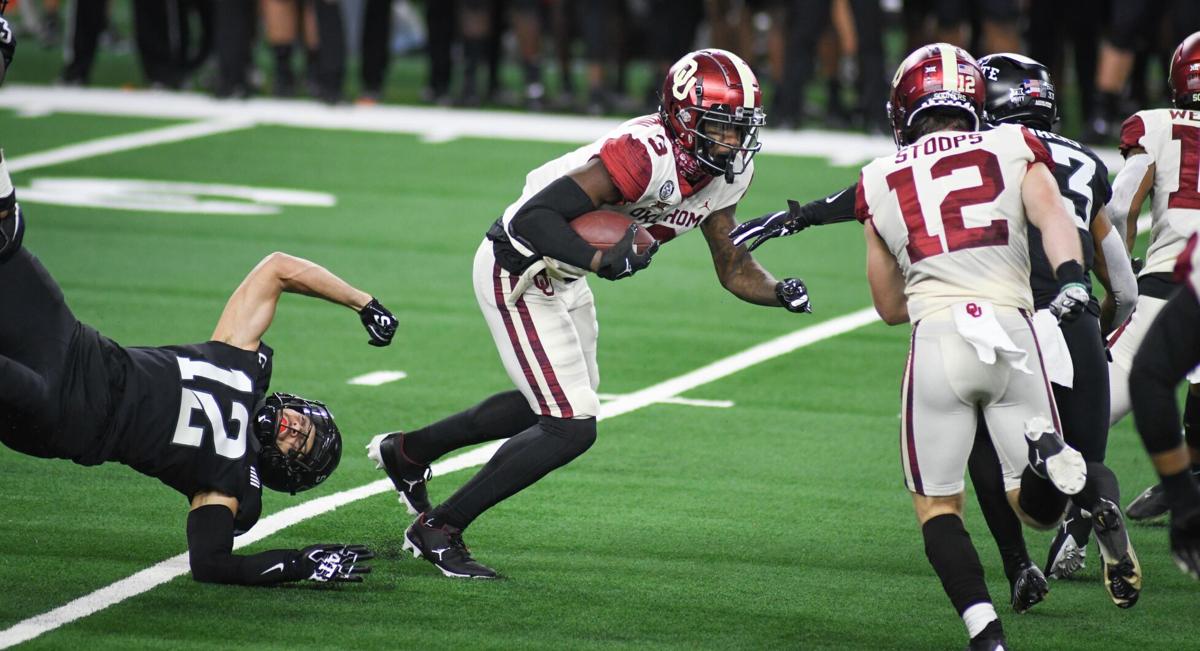 The Sooners’ defensive leader delivered an animated speech ahead of Oklahoma’s second clash with Iowa State. His emotions ran high after missing the Sooners' first tilt with the Cyclones.

“I had to sit on the sideline and watch my team lose when I knew I could’ve been a big factor in that game and help us win,” Perkins said. “Coming out [Saturday], I really just wanted to play my best game, get after the quarterback, play in the backfield, help my team come out victorious.”

Perkins checked those boxes, helping OU avenge its Oct. 3 defeat to Iowa State. The Sooners won 27-21, which marked the program’s sixth consecutive Big 12 title and fourth straight win in the conference’s championship game since it was revived in 2017.

For all the buzz surrounding the OU defense’s renaissance, spearheaded by second-year defensive coordinator Alex Grinch, the Sooner offense looked like it might have a throwback performance to the days of Baker Mayfield and Kyler Murray.

On the last play of the Sooners’ opening drive, quarterback Spencer Rattler handed the keys to the offense to freshman backup Chandler Morris, who punched in a two-yard score.

By the 8:35 mark in the second quarter, OU built a 17-0 lead and were poised to run Iowa State out of AT&T Stadium.

OU ultimately needed Tre Brown to be its savior. The Tulsa native picked off Cyclones quarterback Brock Purdy on Iowa State’s final offensive series for his second game-saving interception of the season. The first came against Texas in a quadruple overtime 53-45 thriller.

A pair of Rattler kneels on OU's ensuing possession drained the remaining 1:05 of regulation.

"It was just crazy," Brown said. "All game I felt like I needed to make a big play. There were big plays out there that needed to be made, and the game wasn’t over."

Well before Brown’s heroics and the offense sputtered on five consecutive drives, the game seemed all but over.

Iowa State refused to go away.

The Sooner offense ended the second quarter with a critical touchdown drive after the Cyclones got their first points to cut OU's lead to 10 and were set to receive the ball to start the third quarter.

Brown set up a four-play, 45-yard drive, however, with a 53-yard kickoff return. Rattler completed a 9-yard throw to Theo Wease, a 12-yard toss to Rhamondre Stevenson, Stevenson rushed for 15 yards and then Rattler scored from nine yards out to put OU up 24-7 at the break.

It all seemed so easy, as did OU’s penultimate offensive drive, which followed five straight punts.

Rattler drove the Sooners down to the Iowa State 15, setting up a 32-yard Gabe Brkic field goal that forced Iowa State to take its risks finding the end zone with little time left.

While the OU offense didn’t hum quite as it seemed to foreshadow early, Rattler’s growth shined when OU needed him most.

“I thought he probably played his best game of the year,” OU coach Lincoln Riley said. “I thought he was poised. I thought he did a great job in the scramble situations, threw some elite throws.”

Rattler was named the Big 12 championship game’s most outstanding player, recording 272 passing yards, throwing for one score and running in another.

His maturity allowed OU to hang in a tight game, as opposed two months ago when he couldn’t deliver a victory in Ames.

“We played them our third game of the season and I was still new to it, kinda just feeling it out,” Rattler said. "... I feel like I'm at a different level now. I just gotta keep going up."

He has the defense to thank as well, a group that was just as antsy to redeem itself.

Sure, Iowa State’s victory in the first meeting fueled them. But the OU defense’s zero All-Big 12 first-team selections also factored into their motives.

“We had a chip on our shoulder,” Brown said. “I felt like they were all disrespected as well. Those guys played lights out all year. … I felt like they all deserved first team, so of course they had a right to go out there and compete and do what they had to do. It was only right that we backed that up and played the game that we had today.”

That frustration and anger seemed to boil with Perkins’ pregame address to his fellow troops and carry into battle.

As for what he actually told the team?

HOLDENVILLE [ndash] Sandra Lynn Carlin, 52, of Holdenville, Oklahoma passed away Sunday, Jan. 10, 2021, in Ada, Oklahoma. A funeral service will be held at 2 p.m., Thursday, Jan. 14, 2021, at the Estes-Phillips Funeral Home Chapel in Ada. For up-to-date service information, please follow us …