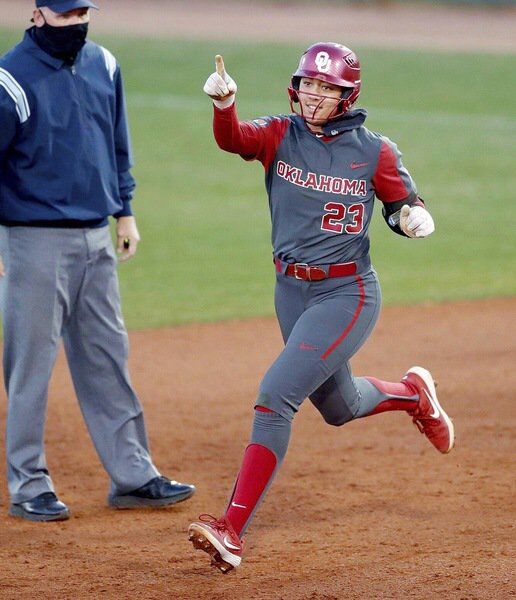 Oklahoma’s Tiare Jennings (23) was named the Big 12 Freshman of the Year. 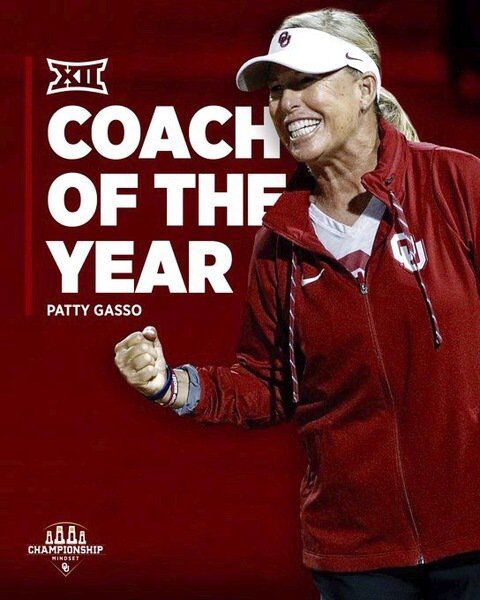 Oklahoma’s Tiare Jennings (23) was named the Big 12 Freshman of the Year.

NORMAN — The Big 12 released its all-conference softball awards on Wednesday, which revealed a near Oklahoma sweep of the major honors.

OU captured four of the five individual awards, eight spots on the all-conference team and three more on the all-freshman team.

Their coach, Patty Gasso, received the conference’s Coach of the Year award for the ninth consecutive season and 13th overall over her 27-year career at OU.

Jennings, who is a finalist for USA Softball Collegiate Player of the Year as well, has an NCAA third-leading 23 home runs and a nation-leading 72 RBIs. She is the sixth consecutive Sooner to win Big 12 Freshman of the Year and ninth overall. She was a unanimous choice by the Big 12’s head coaches for the award.

Lyons is the fourth OU player to win Big 12 Defensive Player of the Year in the last five seasons. The three-year starter has posted 45 putouts and 50 assists to three errors. She boasts a .969 fielding percentage and has turned six double plays this season.

The trio has helped OU go 42-2 in the regular season and the team’s ninth consecutive Big 12 regular-season title.

OU’s other all-conference honorees include freshman Jayda Coleman and senior Shannon Saile, who were named to the All-Big 12 first team along with Alo, Jennings and Lyons.

OU is scheduled to begin postseason play this weekend at the Big 12 tournament in Oklahoma City. The top-seeded Sooners will face Baylor at 2 p.m. and Texas Tech at 7:30 p.m. on Friday.

Both games will be available to stream on ESPN+.