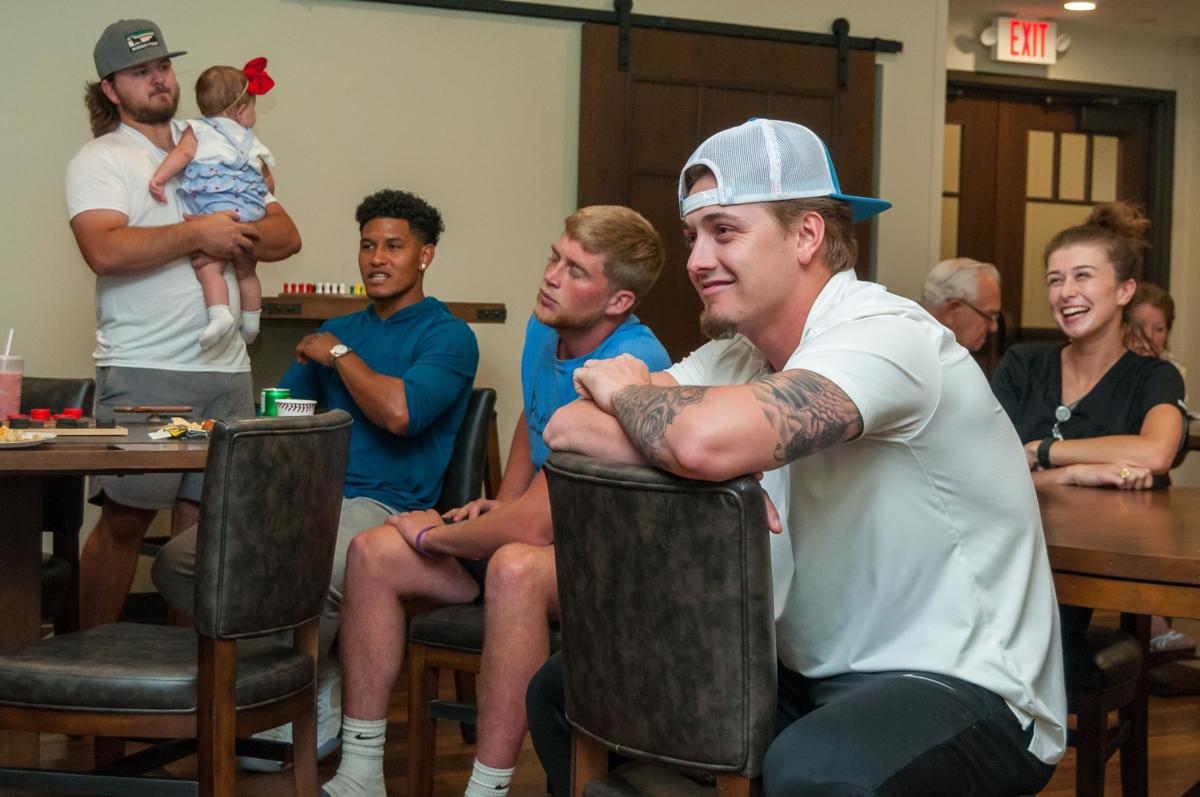 Former Byng pitcher Levi Prater and some of his former Byng teammates watch the MLB draft at a gathering Thursday at Irving Community Center. 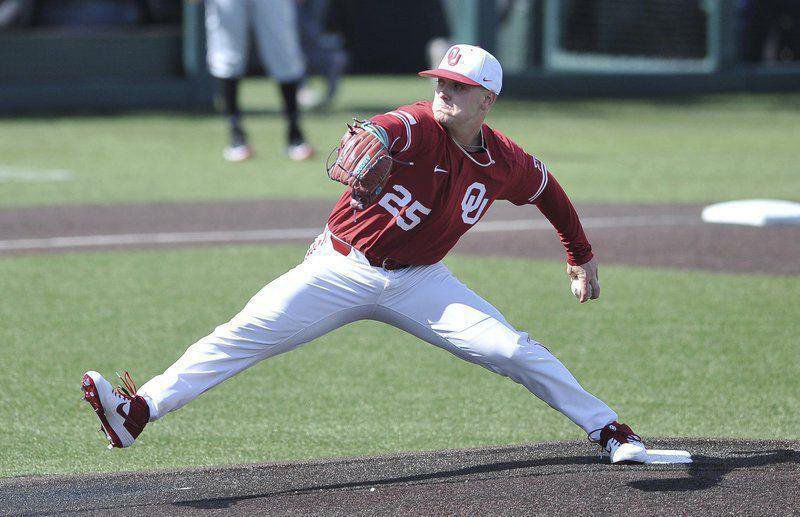 Former Byng pitcher Levi Prater and some of his former Byng teammates watch the MLB draft at a gathering Thursday at Irving Community Center.

Cade Horton figures to be wearing an Oklahoma uniform next year — two to be exact.

And the Sooners might have produced their best draft class in program history.

Prater, a left-handed starting pitcher known for his emotional mound celebrations, was picked 93rd overall by the Cardinals in the third round. Dane Acker went late in the fourth round to the A’s, likely leaving OU’s weekend rotation cleaned out, as Friday starter Cade Cavalli went to the Nationals in the first round.

Junior catcher Brady Lindsly, who was selected by the Nationals in the fourth round with the 123rd overall pick, will be reunited with Cavalli and former teammate Jake Irvin, who went to Washington last year.

It underscored just how much strength the Sooners were equipped with — namely on their pitching staff — before the season was cut short due to the COVID-19 pandemic.

OU coach Skip Johnson probably won’t have the luxury of adding Dax Fulton to his rebuilding effort next year. The 6-foot-6 left-handed OU signee from Mustang High School went to the Marlins at No. 40 overall, a pick that comes with a deferred $1.8 million slot bonus.

It was the second consecutive day a touted Sooners signee became a high selection. Wednesday, it was Chicago shortstop Ed Howard getting a unique chance to stay home as the Cubs grabbed him at 16th overall.

Horton, the football and baseball star at Norman High was not selected in the shortened draft, meaning hometown fans will likely see him play as a Sooner. The shortstop is signed to play baseball and football at OU. Westmoore outfielder Jace Bohrofen also went undrafted and has signed with the Sooners.

Despite MLB cutting 40 rounds to five, it was arguably OU’s best draft showing ever. It wasn’t the deepest in number — three different Sooner teams had nine players selected total — but with four picks in rounds 1-4 this year’s group surpassed the 2018 team, which saw Kyler Murray, Steele Walker and Jake Irvin all go within the first four rounds.

OU owns the unenviable title of having perhaps the nation’s best pitching staff during a year without a postseason.

Acker, the Sunday starter, threw a no-hitter against LSU before the year ended.

ADA [ndash] Patricia Groves, 66, of Ada, Oklahoma, passed away Sunday, September 20th, 2020 at her home. Arrangements are pending at this time with Estes-Phillips Funeral Home. For up-to-date service information, please follow us on Facebook at Estes Phillips Funeral Home.

ADA [ndash] Graveside services for Bobbie Jean Bryant, 81, of Ada are 2 p.m. Wednesday at the Allen Cemetery, Rev. Gary Caldwell will officiate. The family will receive relatives and friends from 6 to 8 p.m. Tuesday at Criswell Funeral Home. Mrs. Bryant passed away Saturday, September 19, 20…