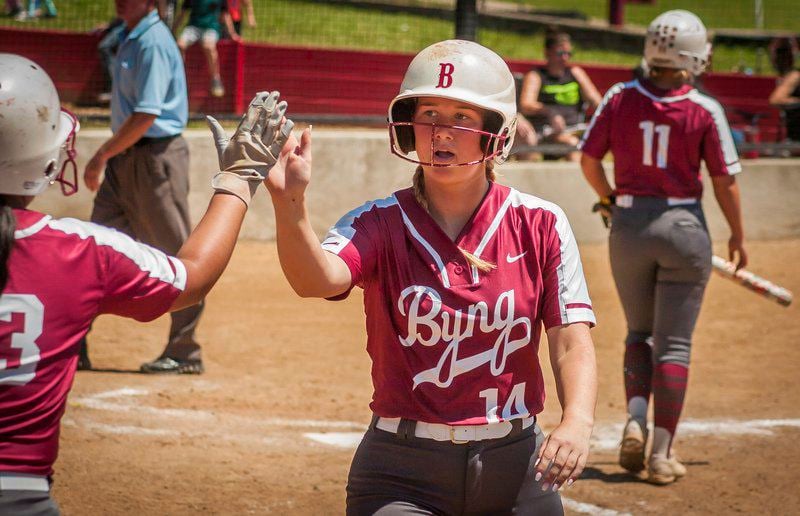 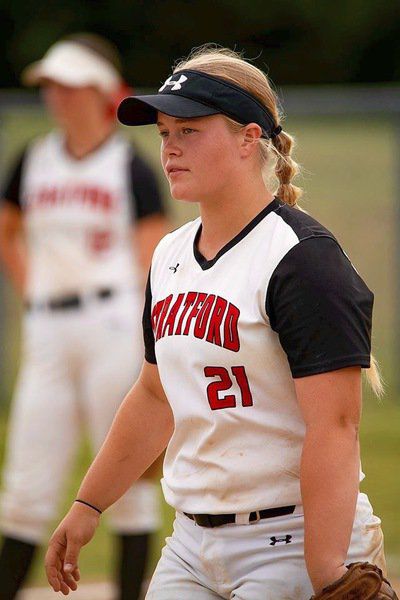 Laney Anderson of Stratford was named to the Small West fastpitch All-State squad. 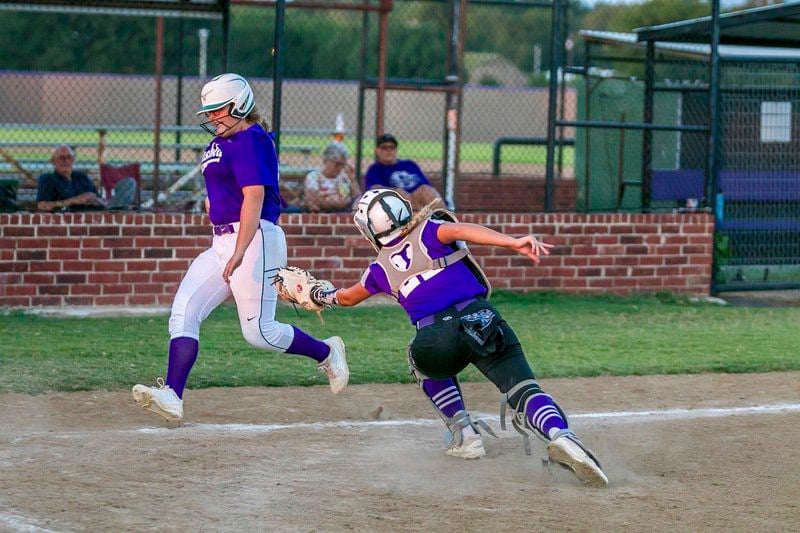 Coalgate's Katyn Denson, shown trying to tag a player this fall, was named to the Small East fastpitch All-State team. 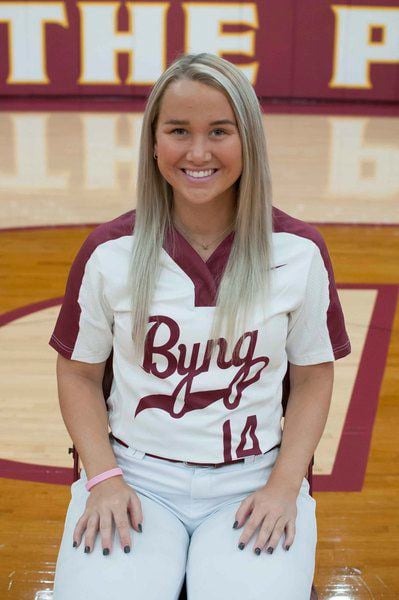 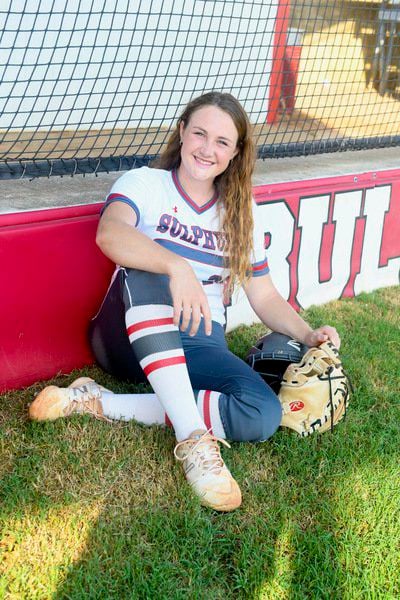 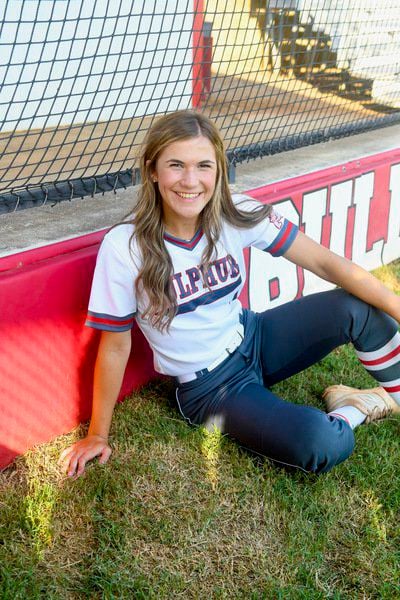 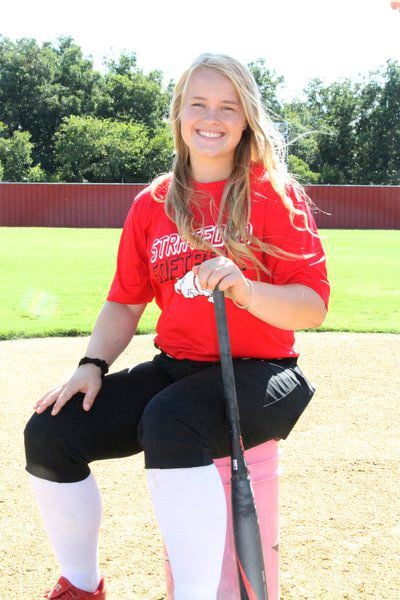 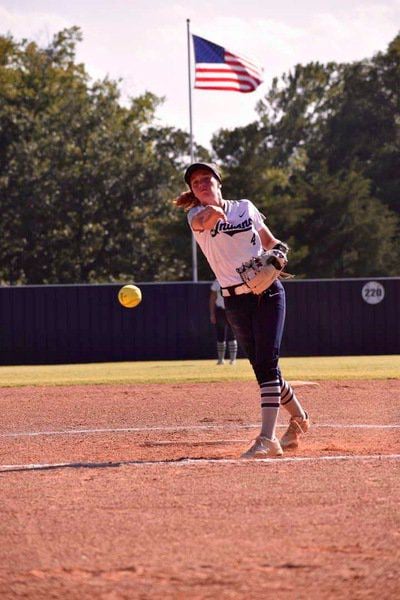 Jordan Odell of Asher was named to the Small East fastpitch All-State team. 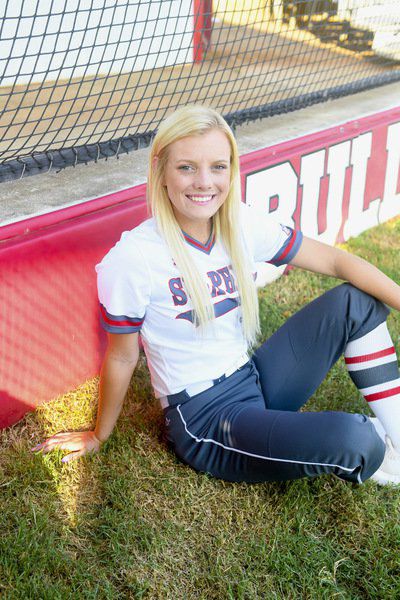 Laney Anderson of Stratford was named to the Small West fastpitch All-State squad.

Coalgate's Katyn Denson, shown trying to tag a player this fall, was named to the Small East fastpitch All-State team.

Jordan Odell of Asher was named to the Small East fastpitch All-State team.

Byng senior Krosby Clinton was named a catcher for the Middle East team.

Stratford’s Laney Anderson was named a utility player for the Small West squad.

Katyn Denson of Coalgate was named an outfielder, and Jordan Odell of Asher was named a utility player for the Small East squad.

In 38 starts this fall, Clinton hit .319 with one home run, five doubles and 17 RBIs. She recorded a .366 on-base percentage. Defensively, she played catcher, third base and shortstop. In 130 total chances, she had 126 putouts.

“I couldn’t be more proud of Krosby for the way she played this year to finish off her four-year career here at Byng,” said first-year BHS head coach Markus Carr. “Making the Middle East All-State team is a great achievement and will be something she can always hang her hat on.”

Anderson hit .424 with two home runs, one triple and six doubles and scored 23 runs during a strong senior campaign. She carries a career batting average of .467. Defensively, she finished with 27 putouts and 62 assists and had a .929 fielding percentage. Her career fielding percentage is .965.

Laney was also called into pitching duty at times during her senior year. In 73.67 innings, she struck out 66 batters and had a 3.90 earned run average.

Denson has had an outstanding fastpitch career for the Lady Wildcats. She hit .501 with 18 home runs, 131 RBIs and 142 runs scored.

“Katyn has been a phenomenal player since she began her high school career. She has been an even better teammate and leader,” said Coalgate head coach Logan Brown. “As a coach, it’s not often that we are fortunate enough to have a player like her come through our program, so you definitely have to enjoy the time you have them. Players like Katyn can’t be replaced, but the example she set for our younger players will be something that our program benefits from for years to come.”

Coaching the Small East will be Howe’s Mike Womack.

Odell hit .511 this fall and carries a career batting average of .482. Her career fielding percentage is .980.

The Asher standout was a star on the mound this season. She struck out 177 and recorded a 2.42 ERA.

“Jordan is the kind of player every coach would love to have. She brings so much energy and leadership to the field every single day and works incredibly hard,” said veteran Asher head coach Tari Dubler. “She’s a great player and an even better person. She is very deserving of this honor.”

Lynch, Mobly and Ruth were key parts of the Sulphur High School team that entered the playoffs ranked No. 3 in Class 3A.

Sulphur finished the season with a record of 27-7 and earned a spot in the Class 3A State Tournament. The Lady Bulldogs dropped a 3-1 decision to No. 6 Prague in the first round. In regional tournament play, Sulphur outscored three opponents by a combined score of 27-5.