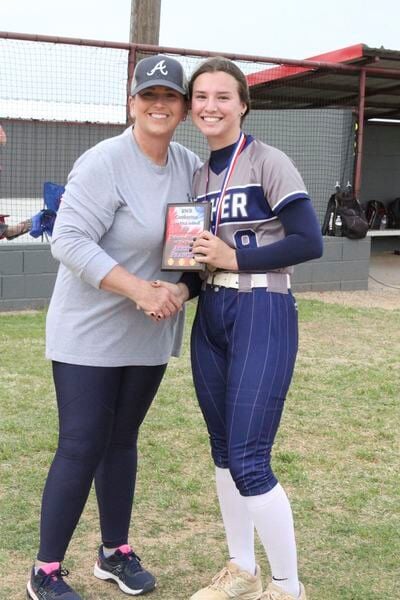 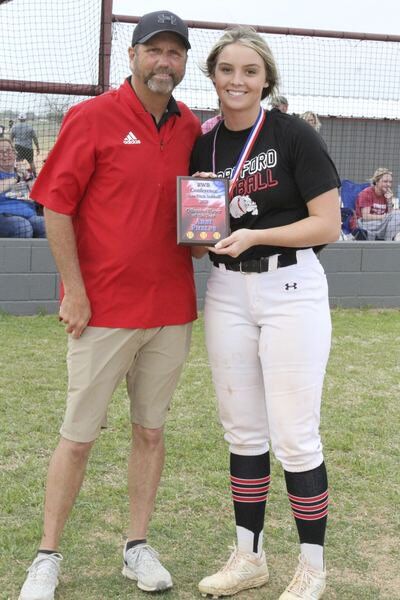 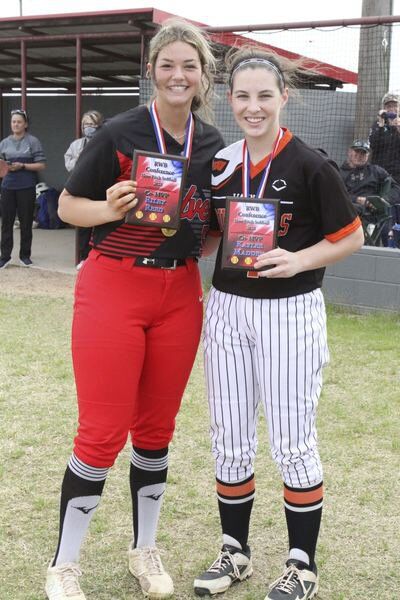 Riley Reed of Vanoss and Kaylee Madden of Wayne were named Co-Most Valuable Players of the Red, White & Blue Conference.

Riley Reed of Vanoss and Kaylee Madden of Wayne were named Co-Most Valuable Players of the Red, White & Blue Conference.

WYNNEWOOD — A total of 14 local softball players earned recognition by the Red, White and Blue Conference earlier this week.

Vanoss sophomore Riley Reed was named one of the Co-MVPs of the conference, joining Kaylee Madden of Wayne.

The conference Rookie of the Year went to Tyley Dotson of Wynnewood.

Joining those athletes on the 2021 RWB All-Conference team include:

Charles Durrence of Wayne was named the RWB Conference Coach of the Year.