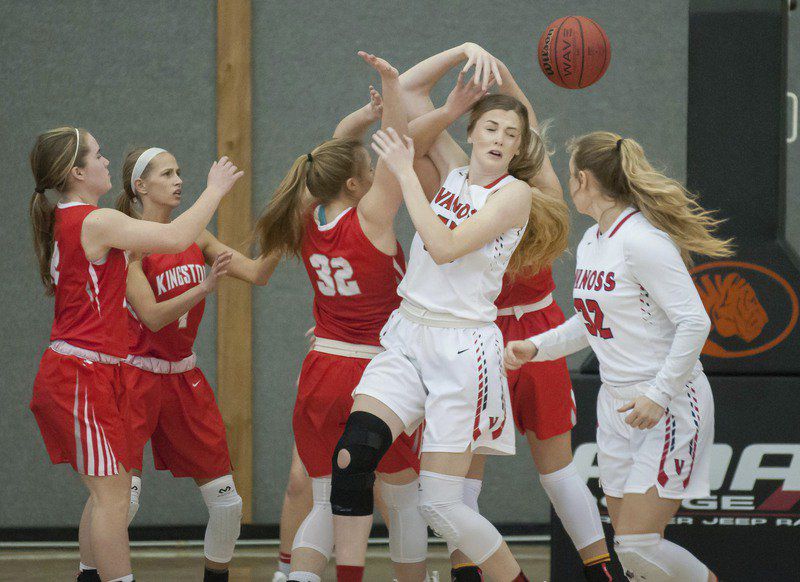 Vanoss post player Emrie Ellis (55) tries to get the ball to teammate Lizzy Simpson (32) while in the midst of four Kingston players during the 2018 Bertha Frank Teague Mid-America Classic. Vanoss and Kingston will square off again at 8 p.m. Dec. 26 in the first round of the 2019 Mid-America Tournament. 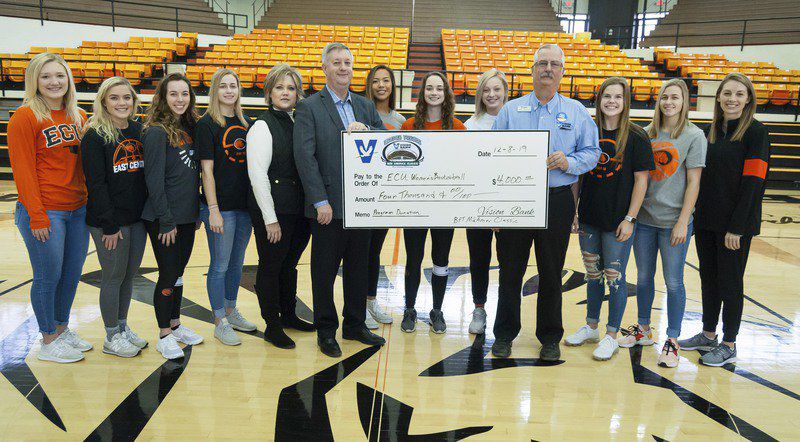 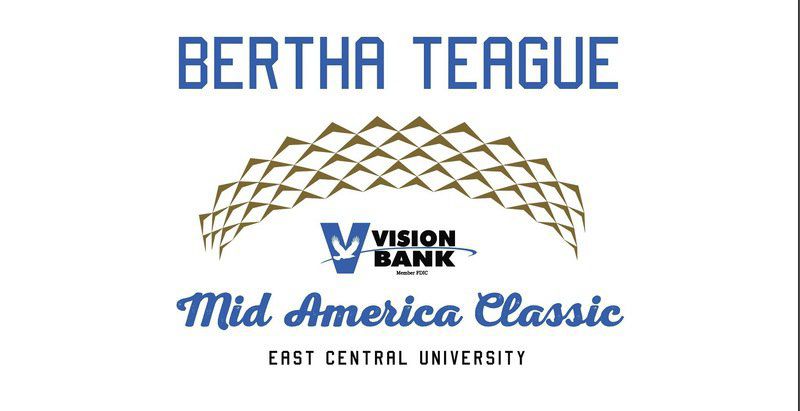 Vanoss post player Emrie Ellis (55) tries to get the ball to teammate Lizzy Simpson (32) while in the midst of four Kingston players during the 2018 Bertha Frank Teague Mid-America Classic. Vanoss and Kingston will square off again at 8 p.m. Dec. 26 in the first round of the 2019 Mid-America Tournament.

This year’s host team and the headliner is the Vanoss Lady Wolves, under the direction of coach Jonathon Hurt.

The Lady Wolves are one of the favorites to bring home Mid-America gold later this month, but it sure won’t be easy.

None of the eight teams are ranked lower than sixth in their respective classes this week. There will be no days off at this year’s tournament.

There are two itty, bitty Class A teams in this year’s field. However, it’s not the size of the dog in the fight. These two clubs are capable of delivering big bites.

No. 3 Canute is also part of the Mid-America field. The Trojanettes are 6-1 with their only loss to Hydro-Eakly.

Joining Vanoss from Class 2A is No. 4 Hartshorne. The Lady Miners are 3-0 and advanced to the Class 2A state semifinals last season.

The remaining four teams are all from Class 3A. They include No. 1 Sequoyah-Tahlequah, No. 3 Christian Heritage, No. 5 Jones and No. 6 Kingston.

Sequoyah-Tahlequah (2-0) jumped to the top spot after defeating then-No. 1 Adair 47-46 in what sounds like a classic. The Lady Indians will be tough to beat in the Kerr Center, for sure.

Christian Heritage is No. 3 at 2-1. The Lady Crusaders’ lone setback was to Class 5A No. 4 Tulsa East Central.

Jones is 1-0, and Kingston hasn’t played a game this year so far.

Check out the Mid-America Classic website for more tournament information at www.bft.home.blog.

The Mid-America Classic Board of Directors presented a $4,000 check to the East Central University women’s basketball program Tuesday morning inside the Kerr Activities Center.

Each year, the board tries to donate proceeds raised at the tournament to head coach Matt Cole and his team. The Lady Tigers have been the benefactors of the tournament since its inception.