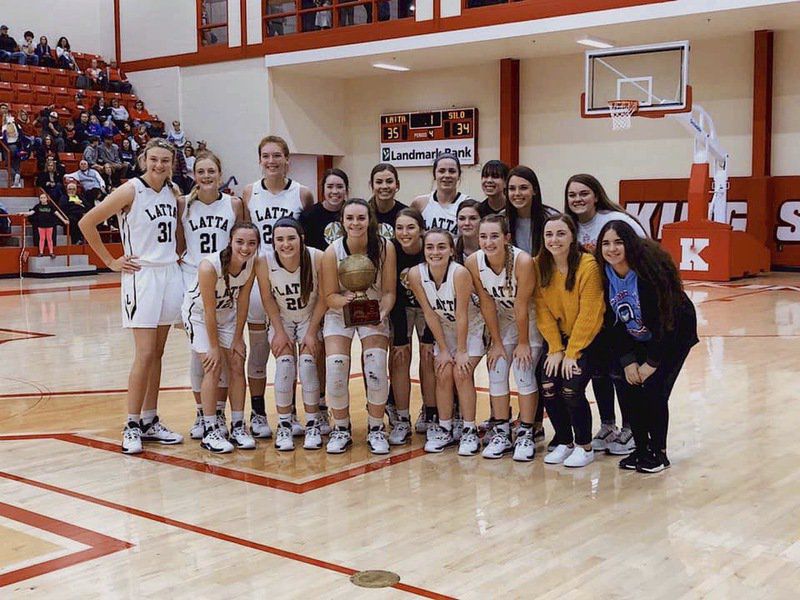 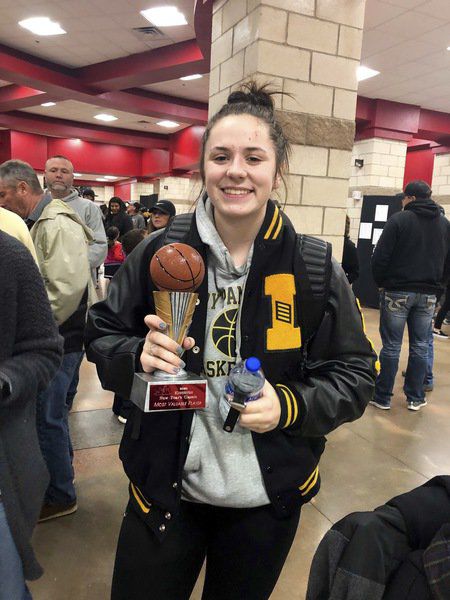 Latta junior Carson Dean was named the Most Valuable Player of the 2020 Kingston New Years Classic.

Latta junior Carson Dean was named the Most Valuable Player of the 2020 Kingston New Years Classic.

The Latta High School girls basketball team officially put themselves in the Class 2A hunt with a pair of wins over two of the top teams in that class on the way to staking claim to the championship of the 2020 Kingston New Years Eve Classic.

The sixth-ranked Lady Pirates knocked off No. 2 Dale 45-42 in a thrilling semifinal contest before slowing down No. 4 Silo’s roll 35-34 in Saturday’s championship game.

Latta has now reeled off 11 straight victories to improve to 12-2 on the year. The Lady Rebels saw a 12-game winning streak to start the season come to a halt, falling to 12-1.

“I think we proved we can play with the best of them. We just need to continue to improve. We have a lot of room for improvement, and we know that,” Plunk continued. “We’ve been playing good defense and rebounding pretty well. If we can start shooting the ball better, we could have a really good run to finish the year.”

Latta’s murderous stretch in the schedule continues this week. Silo invades the Latta Panther Fieldhouse tonight and will be looking for revenge. The Lady Panthers then host Class 2A No. 17 Okemah Friday night.

Latta’s Carson Dean was named the MVP of the Kingston Tournament, and Caitlin Bird, Hailey Baber and Chloe Brinlee were all-tournament selections.

“We played about the worst half we’ve played all year,” Plunk admitted.

Latta outscored the Lady Rebels 11-8 in the third quarter to get within 28-24.

Trinity Cotanny then scored on a nice post-up move to get Latta within 34-33.

Carson Dean then flew down the lane and intercepted a Silo inbounds pass and hit a layup to put the Lady Panthers on top 35-34.

Teeronie McCann then missed a driving shot from close range on the other end with 8.8 to go, and the Lady Panthers were able to run out the clock for the victory.

Cotanny and Dean scored eight points apiece to pace the LHS offense. Cotanny scored all eight of her points in the second half. Dean also had seven rebounds, and Baber dished out four assists.

The Lady Panthers again had to come from behind, trailing 20-16 at halftime and 32-28 heading into the third quarter.

Carson Dean had another strong outing for the Lady Panthers, finishing with 13 points — including a pair of 3-pointers — to go with nine boards.

Dale nearly won the game from the free-throw line. The Lady Pirates were 15-of-19 from the stripe, while Latta hit just 50% of their tries, going 9-of-18.

Lindy Nowakowski scored 12 points for Dale, sinking 10-of-12 free throws before leaving the game in the fourth quarter with a knee injury. Elaine Witt also scored 12 points for the Lady Pirates. Jacie McClure and Danyn Lang both hit a pair of 3-pointers apiece and scored eight points each.