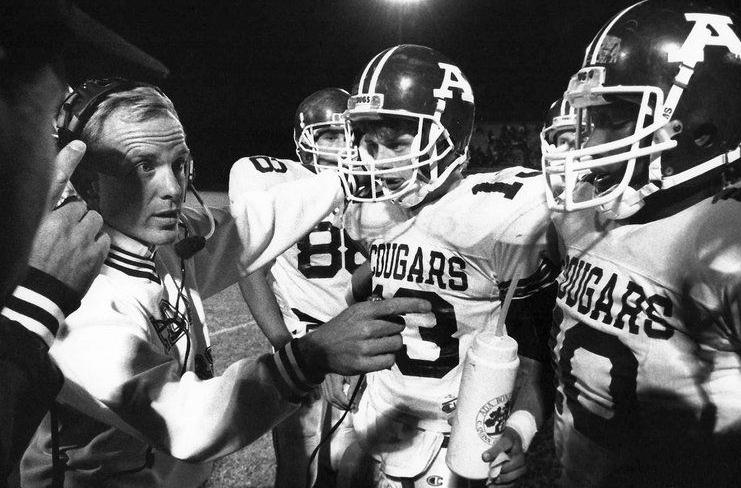 After accepting a new job at Sheridan High School (in Arkansas), former Ada coach Larry McBroom will have been coaching prep football for 48 consecutive seasons. 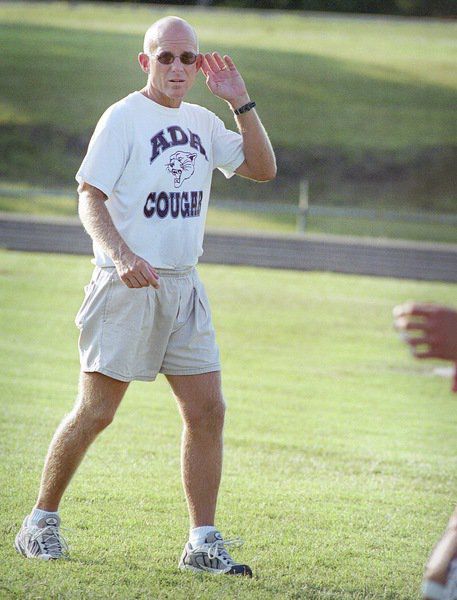 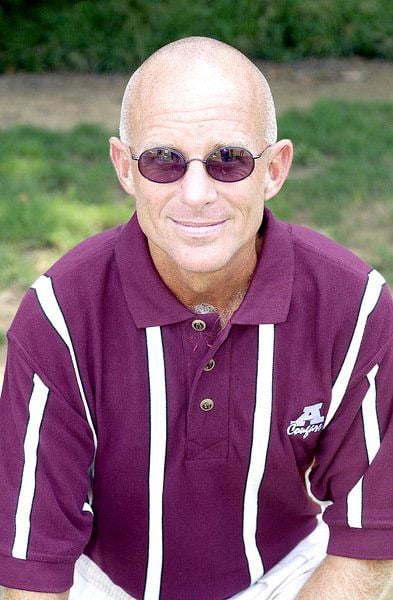 After accepting a new job at Sheridan High School (in Arkansas), former Ada coach Larry McBroom will have been coaching prep football for 48 consecutive seasons.

Various media outlets have reported that iconic former Ada head football coach Larry McBroom has come out of retirement to accept a job at Sheridan High School in Arkansas.

He’s been named the new head coach for the Yellowjackets and director of football operations at the school.

While he may have kinda been retired when he moved to the small town of Sheridan (population 4,918 or so) two years ago, he immediately was asked to help out with the football program at the high school. He dove right in and has been a volunteer coach for the Yellowjackets for the past two football seasons. Semi-retired? Maybe.

McBroom would meet with the coaching staff each morning, spend his lunch hour on a jog or doing a bible study or playing with his grandson and then head back to the school for a 1 p.m. practice.

Former Sheridan coach Lance Parker resigned two weeks ago and officials at the school were scrambling to find someone to take over. The remainder of the coaching staff wanted McBroom to lead the football program.

“With COVID and it being so late, they didn’t get a whole lot of people to apply. They came and asked me if I would consider doing it. All the coaches still on the staff wanted me to take it over,” McBroom explained. “After Julie (McBroom’s wife) and I talked about it... we felt like that was God’s plan at this time.”

McBroom — who turned 67 in February — is now in his 48th consecutive year of coaching high school football. That’s legendary, folks.

He worked on a staff with his brother, Gary McBroom and close friend Brent Whitson at South Grand Prairie High School (Texas) in 2017. Gary McBroom retired (his stuck, apparently) and Larry followed his daughter, Shara, and her husband, Michael Daugherty to Sheridan. Well, to be honest, Larry and his wife Julie mostly followed grandson Malachi — who is 2-and-a-half years-old — to Sheridan.

“God has been very good as far as allowing me to have the health to coach all this time,” McBroom said.

Here’s another funny one for you. His new job is listed as part-time. But make no mistake. During football season, McBroom will be working overtime. It’s just who he is and what he’s made of.

It’s an unusual situation at Sheridan. Despite the city being so small, the school district is far from it.

“The school district is one of the widest and broadest in the state. It’s a huge district. Some kids ride the bus for 20 to 30 minutes one way,” McBroom explained.

The big district puts Sheridan in Class 6A (the biggest class in Arkansas is Class 7A). However, Sheridan is near the bottom of 6A and most opponents on the Yellowjackets’ schedule are bigger.

“We play a lot of good teams. We’ll have our work cut out for us,” McBroom said.

McBroom — who won 199 games during two stints as the Ada High football coach (1980-95 and 2000-03) — said the coronavirus pandemic will make things even more challenging for he and his coaching staff.

Grant County, where Sheridan is located, was one of the first areas in Arkansas that had a confirmed COVID-19 case. Things shut down pretty quickly after that.

“We have not seen the kids in person since the first week in March. There’s been zero physical contact with kids since then,” McBroom said.

“We’ve always really felt like our advantage was outworking people in the offseason and really getting those fundamentals and the details and our technique all done in the offseason,” he continued. “Then you kind of test it a little bit in Camp Paradise (a week of summer workouts he started while in Ada) and get ready for the fall.”

McBroom is anxious to get back to work.

“It’s the most unusual situation. I’ve never ever seen anything like it. The best thing about coaching is building relationships with kids and coaches and getting to do that in the offseason and through the summer. Most of that has been taken away,” he said. “Whenever we do get to go, we’re going to have to work extra hard and really try to crank it up in a short period of time and get as much done as possible.”

Like people all across America, the McBroom family has had to adjust to a different way of life during the pandemic.

“We’ve just stayed away from everybody. We’ve been having drive-in worship — you pull in the parking lot and roll the windows down and have church right there. Nobody gets out of their cars,” McBroom explained. “We’ve been having Sunday School class on Zoom.”

McBroom’s son-in-law is the preacher at First Baptist Church in Sheridan.

“It’s been a whole different life. But it makes us realize how little control we have. Thank goodness God is in control of the whole mess, because obviously, we can’t figure it out very good,” he said.

“I’ve even learned to cook a little bit if you can believe that since there’s been no going out to eat,” McBroom added.

After all this time, McBroom still keeps an eye on the Ada High School football program from a distance.

“If you run into any old Cougs tell them coach Larry said hello. I hope the Cougars have a great year this year,” he said.