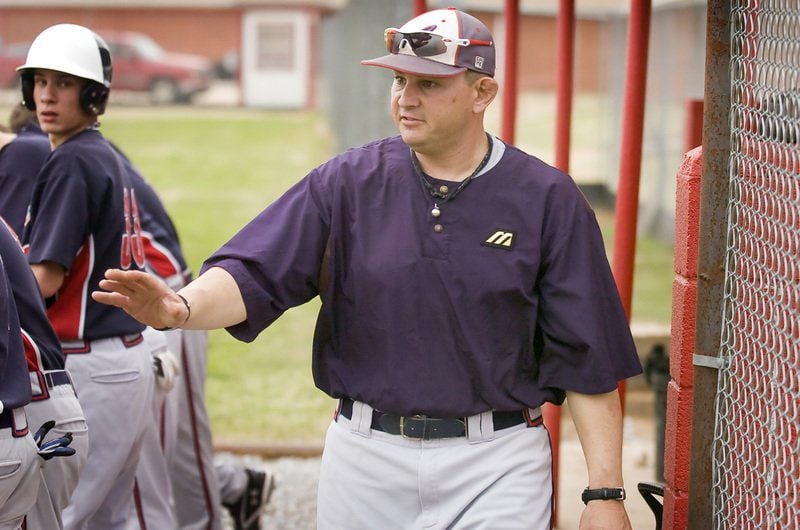 Former Asher head coach Shane Coker is shown in the dugout in this Ada News file photo. Coker was named the new head coach at Ada High School this summer. 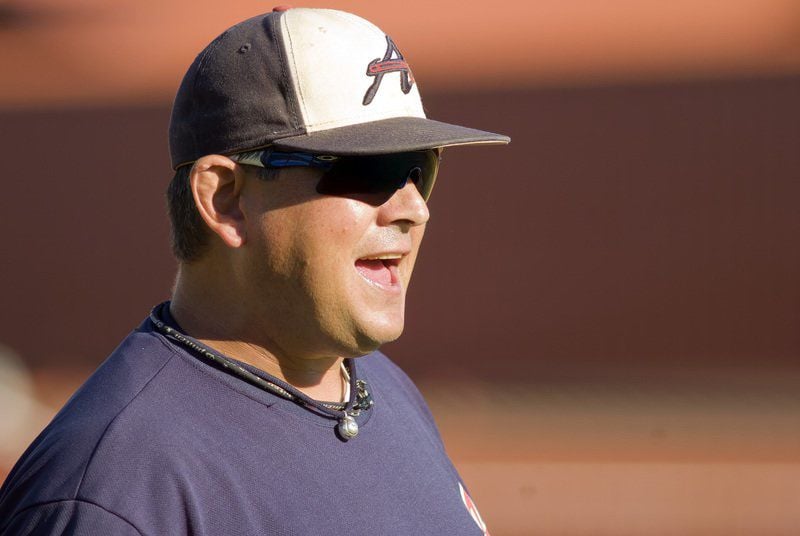 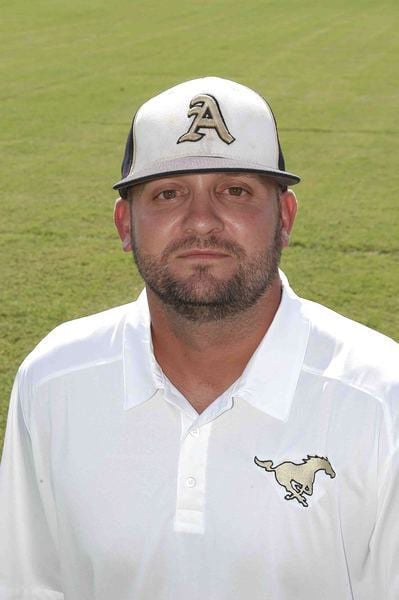 Former Asher head coach Shane Coker is shown in the dugout in this Ada News file photo. Coker was named the new head coach at Ada High School this summer.

At the end of May, Coker figured he’d be planning weekly fishing trips all summer. Instead, he hit the ground running as the newest captain of the Cougar baseball program.

Coker was coming off a gut-wrenching 4-3 loss to eventual state champion Roff in the semifinals of the Class B State Tournament. After spending the last 13 years as the Indians’ head coach, Coker felt like it was time to gather up his rods and reels and head to some lakes and ponds. He had guided Asher to five state championship games and one state title in 2013.

“In all reality, I was just going to get out and go fishing. I’ll be 49 this year, and I’ve either coached or played this game my whole life. I really thought I’d go fishing a little bit,” Coker told The Ada News.

Then, former Ada coach Dino Rosato resigned as the Ada head baseball coach after one year — as did Austin Jarvis and Justin Holeman before him.

Ada Athletic Director Bryan Harwell was on the prowl for a new Cougar coach, again, and Coker was available. After the two got together, all fishing excursions were postponed.

Coker said he’s always tried to keep an eye on the tradition-rich Ada High baseball program and the chance to become part of its rich history was too hard to turn down.

“The whole time I’ve done this — and I’ve done it at every level from Class B to Class 5A — in my mind I’ve always told myself there’s really only one other place I’d like to coach at and it would be Ada,” Coker said.

“I grew up in and around this place and I’ve got some lifelong friends from this place,” he continued. “I was watching coach (Denney) Crabaugh and coach Harwell do their thing while I was a player at Asher. For whatever reason, I always thought Ada was a great community.”

The 2020 Ada Cougar seniors will be playing for their fourth coach and four years. The Cougars ended the season at 17-18 last spring. Coker realizes there is work to be done.

“When I came in at the first of the summer, I know they were thinking ‘Oh great, another coach.’ We’ve got some seniors and I could see it on their faces,” he said.

Coker believes in building bonds with all of his players and he looks forward to finishing that process that started during his short time with the Cougars this summer.

“It’s about being able to communicate and get to know the kids on a personal level. I’ve been pretty fortunate in my career to be pretty good at that. I genuinely care about my kids and love them. I let them know from day one that they’re going to get all the respect in the world from me, but in order to get that they’re going to have to respect me, respect the game and respect their teammates,” he said.

Coker said after watching the Cougars play a handful of summer games, he’s already impressed with the makeup of the team.

“I am blown away at the talent level that’s here. I may be off base and maybe there’s this much talent at every Class 4A and Class 5A school, but I just don’t believe it,” he said. “I was coaching (Class) 5A at Duncan for 10 years and I don’t believe I ever had the talent I see right here on the field at Ada.”

Coker didn’t get as much work in as he had hoped this summer due to having hip surgery. He said new Ada assistant baseball and football coach Stephen Caldwell, who spent the last seven years coaching those same sports at Allen High School (seven as a baseball coach and four as a football coach), took over much of the summer load while Coker was healing.

“I owe my whole career at Ada so far to coach Caldwell. He coached every summer league game and has done all the mowing and all the weed-eating for me all summer,” he said.

Coker looks forward to seeing what the Cougars can do next spring.