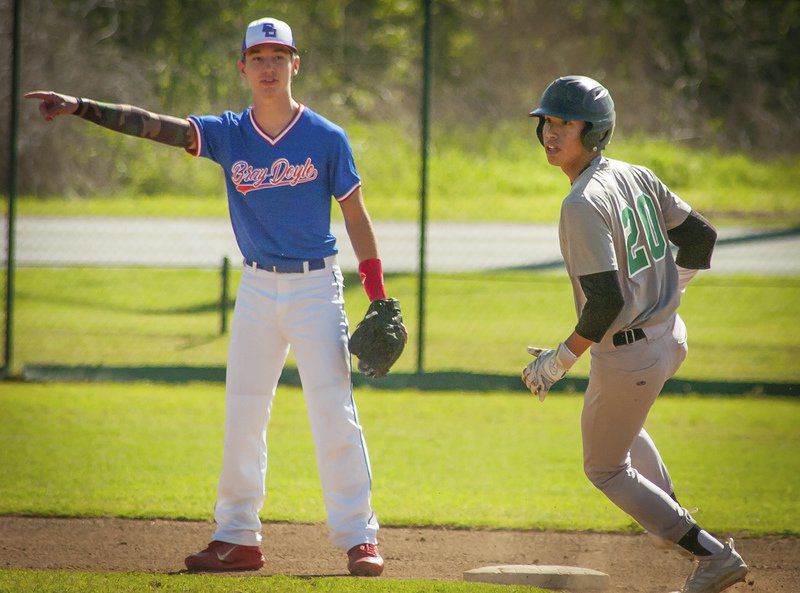 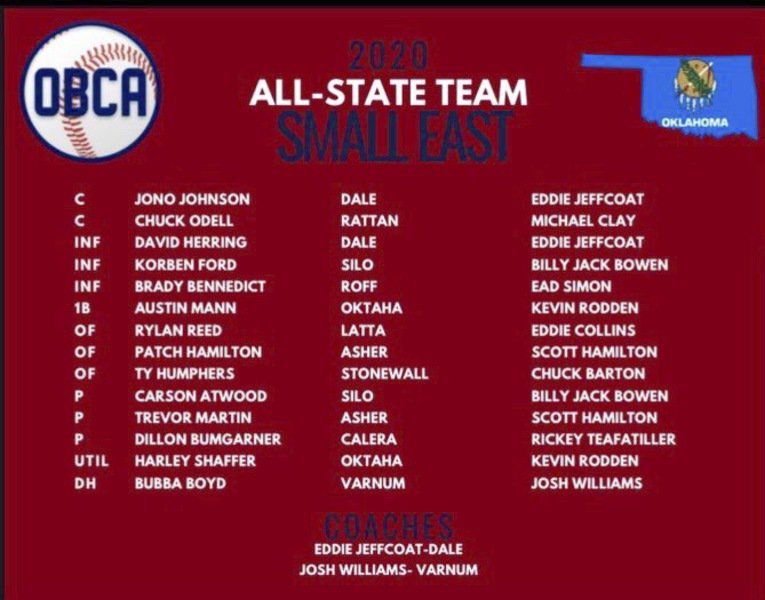 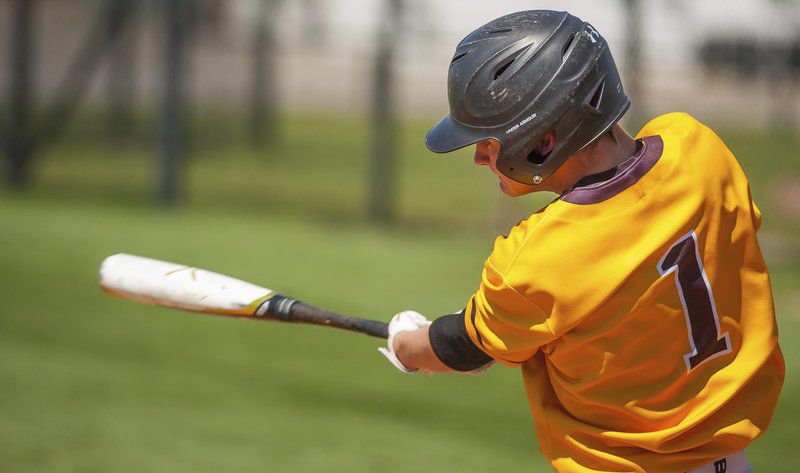 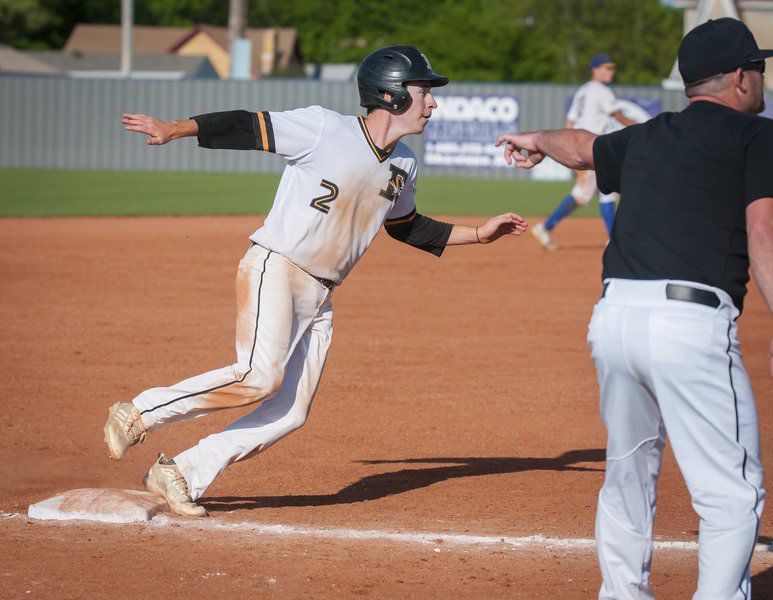 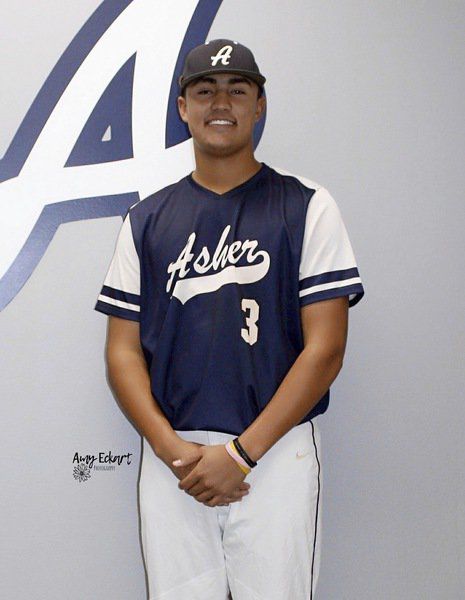 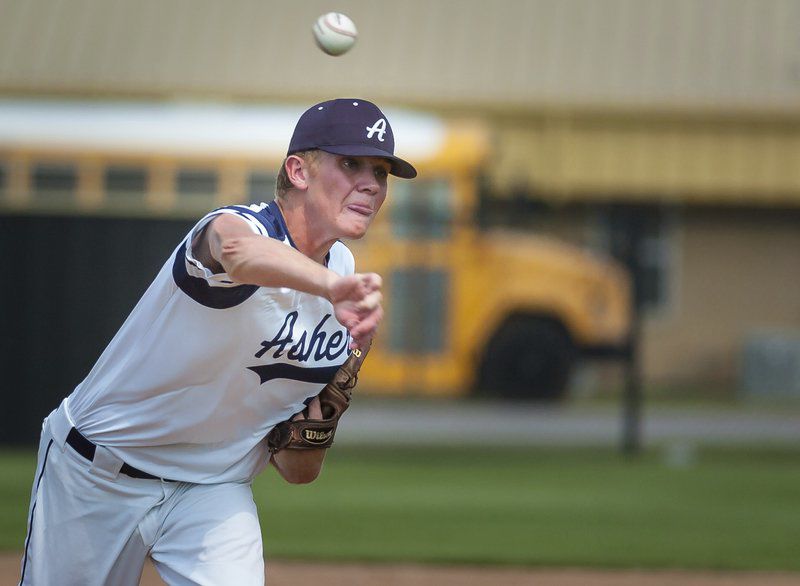 Five local players were named to the 2020 Oklahoma Baseball Coaches Association All-State teams that were released earlier this week.

All five are members of the OBCA Small East Squad. They include Roff’s Brady Benedict, Latta’s Rylan Reed, Stonewall’s Ty Humphers and the Asher duo of Patch Hamilton and Trevor Martin.

There’s still a chance the OBCA could play its games later this summer despite the Oklahoma Coaches Association canceled its All-State week.

“We haven’t scheduled game dates yet,” Tuttle baseball coach Breck Draper told The Oklahoman. “We’re waiting to see what happens with the state and go from there. We talked about maybe even the middle of July if we do it.”

Draper said the OBCA has discussed playing the games at the University of Central Oklahoma.

Benedict — who was selected as an infielder — is a four-year starter for Roff head coach Ead Simon and carries an incredible .410 career batting average.

“He’s very deserving. I honestly thought we had three kids in this (senior) class that deserved to be All-Staters,” Simon said.

“When I think about coaching Brady, the thing that stands out to me is he was really good in some big moments. There were a couple of state championship games where he had two or three big hits. He just came up big,” Simon said. “He was pretty big when it mattered the most. He always had a knack for getting some big hits. But Brady can just hit. That’s all there is to it.”

Reed, who was selected as an outfielder, was a four-year starter for veteran Latta head coach Eddie Collins.

“He worked his tail off and improved every year he was out there. As far as a defensive center fielder, he’s about as good as I’ve had in a long time. He’s an ultra-competitive guy,” Collins said.

“I was really happy for him. I haven’t seen an outfielder that was better than him the last couple of years,” he continued. “He only made one error, and that wasn’t in the outfield. That was on the mound.”

Last fall, Reed hit .443 with two triples, eight doubles and 17 RBIs. He scored 31 runs with 17 walks and only four strikeouts.

He was also solid on the mound for the Panthers last fall for the Panthers, who finished the season with a 20-10 mark that included a trip to the Class A State Tournament semifinals.

Opponents hit just .133 against him.

“He put together a great season last fall and he was really good last spring too. His overall body of work was very impressive,” Collins said.

Humphers, another Small East outfielder, is a four-year starter for coach Chuck Barton at Stonewall.

“I think it was well-deserved. He’s been a part of four or five state tournaments,” Barton said. “He’s a hard-working kid. I’m proud of him.”

“He really stepped up in the fall. We didn’t have the fall season we wanted, but he stepped into a leadership role really well,” Barton said.

Humphers will continue his baseball career at Redlands Community College in El Reno.

Martin, selected as a pitcher, was the ace of an Asher staff that finished 16-12 and advanced to the Class B State tournament last fall. During the spring of 2019, Martin finished 8-2 with 120 strikeouts in 57 innings of work.

“Trevor has been one of the top arms in small school baseball since he was in the ninth grade,” said Asher head coach Scott Hamilton. “He is a top-shelf kid with top-shelf talent.”

“He is very deserving of this All-State honor. I’m very proud of him and look forward to watching his career unfold. He signed early with Oklahoma State and now awaits the shortened five-round MLB draft on June 10. I’ve been told he could go anywhere from the second round to not getting picked at all this time.”

Hamilton — selected as a Small East outfielder — is believed to be the first male two-sport All-Stater in school history and also made academic All-State in basketball with a score of 25 on the ACT and a 3.9 GPA.

“Patch is a tremendous high school center fielder and is deserving of this All-State honor. He reads the ball well off the bat, has an above-average arm and runs really well for a 6’5 kid,” said Asher head coach and Patch’s father, Scott Hamilton.

“Many times in his career he changed games by running down fly balls in the gaps or preventing extra-base hits,” Scott Hamilton continued. “As a hitter, Patch has a lot of power. A couple of pro scouts have identified him as a prospect and will be watching his future development.”