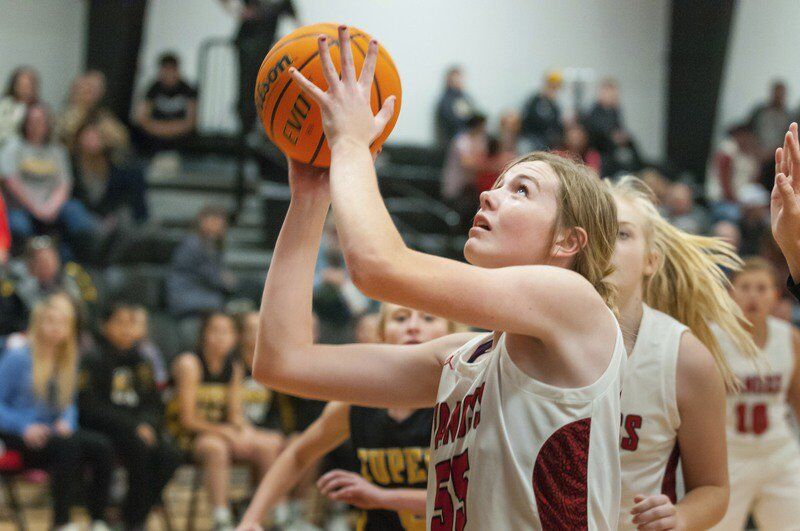 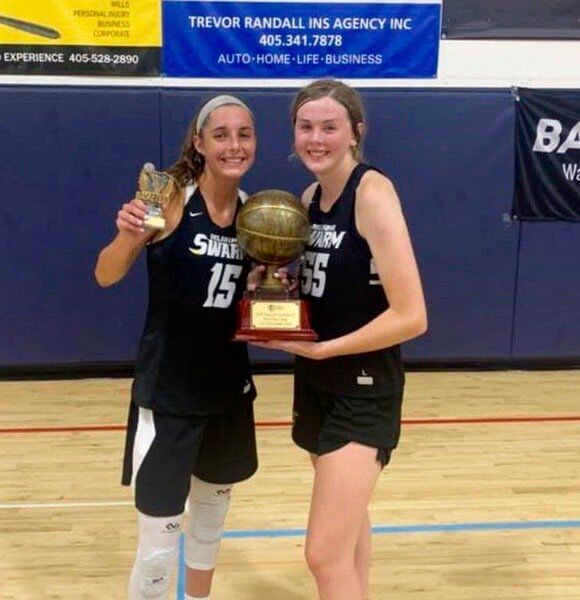 OK Swarm 2021-Myers teammates Emrie Ellis of Vanoss and Ashlyn Sage of Weatherford — who have both committed to play college basketball at the University of Arkansas — show off the trophy after winning a national title at the 2020 MAYB National Championships in Oklahoma City. 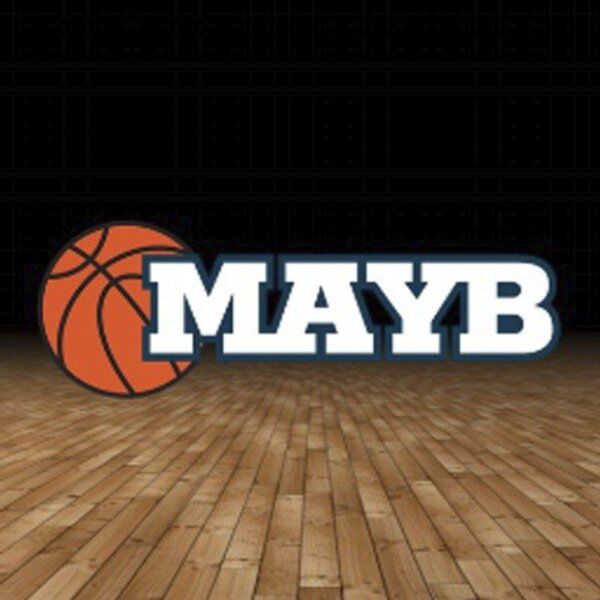 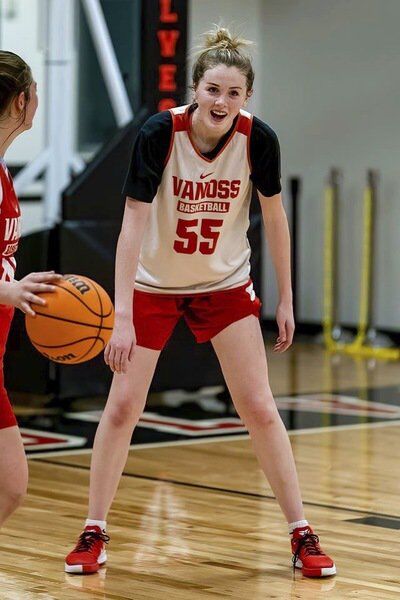 Emrie Ellis of Vanoss, shown during a practice session last March, won a national championship while playing with the OK Swarm 2021-Myers 17U basketball team at the 2020 MAYB National Championships last week in Oklahoma City. 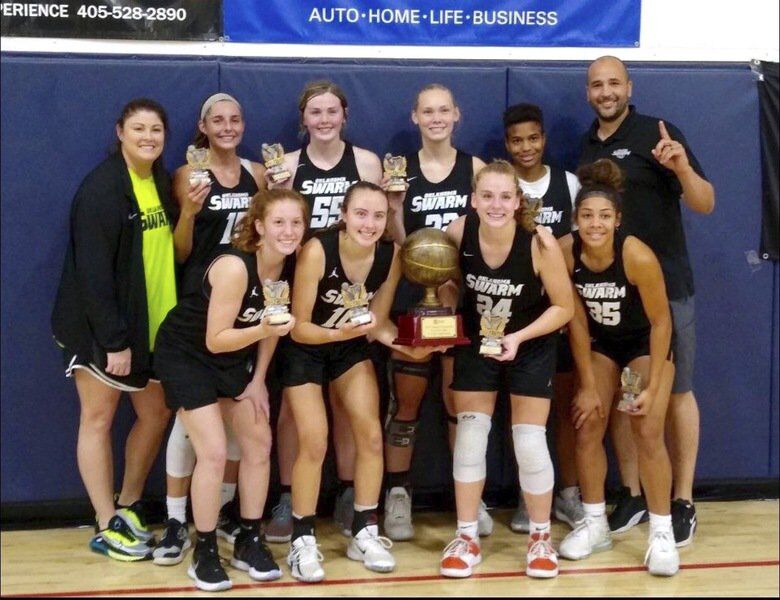 OK Swarm 2021-Myers teammates Emrie Ellis of Vanoss and Ashlyn Sage of Weatherford — who have both committed to play college basketball at the University of Arkansas — show off the trophy after winning a national title at the 2020 MAYB National Championships in Oklahoma City.

Emrie Ellis of Vanoss, shown during a practice session last March, won a national championship while playing with the OK Swarm 2021-Myers 17U basketball team at the 2020 MAYB National Championships last week in Oklahoma City.

In a tense quarterfinal game at the 2020 MAYB 11th-12th Grade National Championships in Oklahoma City, Ellis and her OK Swarm 2020-Myers 17U teammates found themselves down by six with less than 30 seconds left in the game.

It looked like overtime was a given when their opponent — T.H.S.S. Mavs Elite of Oklahoma City — were inbounding the basketball with just two seconds left in the game.

However, Ellis intercepted the pass and put up a shot from half-court that found the bottom of the net to give the Swarm the dramatic 55-52 victory.

Ellis described the big ending to the game in a visit with The Ada News Thursday afternoon.

“We were in a 2-2-1 press. We were just trying to make them throw it long since there were only two seconds left on the clock,” she said. “I stole it and took two dribbles and shot it and it luckily went in. It was exciting. Those games are the most fun.”

It’s probably the most clutch basket the University of Arkansas commit has ever made. The Vanoss Lady Wolves haven’t played many games that went to the wire since Ellis joined the team as a freshman.

“That’s the first last-second shot I’ve ever hit. It was cool,” she said.

The Swarm buried Family Renegades Elite, one of the top teams in that age group in Louisiana — 57-32 in the semifinals and then won the 11th-12th Grade Girls nation title with a 50-47 victory of the Texas team Lady Jets Randle.

Ellis said the Swarm had to come from behind in the title contest.

“We got down in the first half but ended up coming back and playing a lot better. I think the foul count was really high. But it wasn’t nearly as exciting as the quarterfinal game,” Ellis said.

The Swarm won three pool games and then reeled off five straight bracket wins to wrap up the championship in a huge field of 44 teams.

What made the feat even more impressive was the fact that Ellis hadn’t played in a meaningful game since the Lady Wolves won a Class 2A Area championship last March. She was supposed to play with the Swarm all summer at tournaments all across the United States, but the COVID-19 and she and her parents decided to play it safe and Ellis didn’t participate.

But Swarm coach Richie Myers asked her to tag along for the national tournament.

“They’re not the normal team I play with so I wasn’t really with them to prepare or anything. I just kind of got thrown in there,” Ellis said. “I felt like throughout the week our chemistry got a lot better.”

Ellis said it was nice to return to the court and get the opportunity to compete against some of the best talent in the region.

“I was very rusty, but it felt really good to be back,” she said.

Ellis didn’t get the chance to win a state championship with the Lady Wolves at the end of the 2019-20 season due to coronavirus concerns. So for now, an MAYB national championship will have to do.