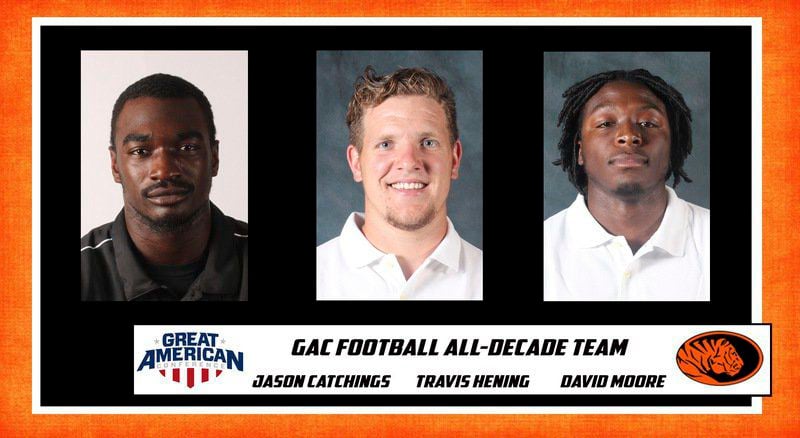 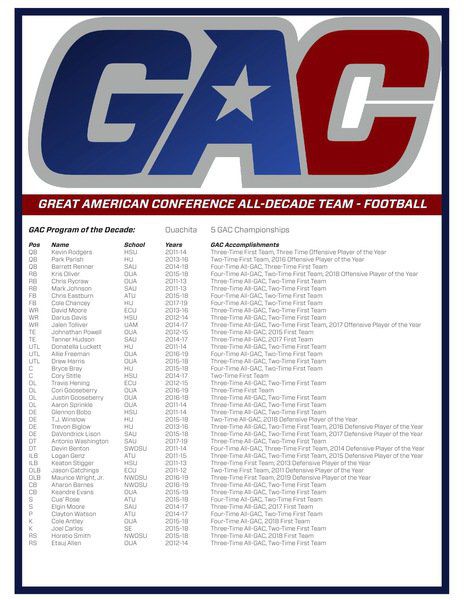 Hening helped anchor the offensive line for ECU from 2012-15 and earned two All-GAC First Team selections and one second-team pick. He was also honored by the American Football Coaches Association Division II Coaches as an All-America.

The Yukon native was a member of the 2014 team that advanced to the C.H.A.M.P.S. Heart of Texas Bowel, the first bowl game appearance for the Tigers since the 1993 season.

Moore put his name in the ECU record books and was then drafted by the Seattle Seahawks in the 2017 National Football League draft. During his career with the Tigers, Moore recorded 2,776 receiving yards and 35 TDs, with both setting new career records for ECU. He also recorded his first career rushing touchdown in the final game of his career.

The GAC will be releasing GAC All-Decade teams for the eight other sports sponsored by the league over the next three weeks.