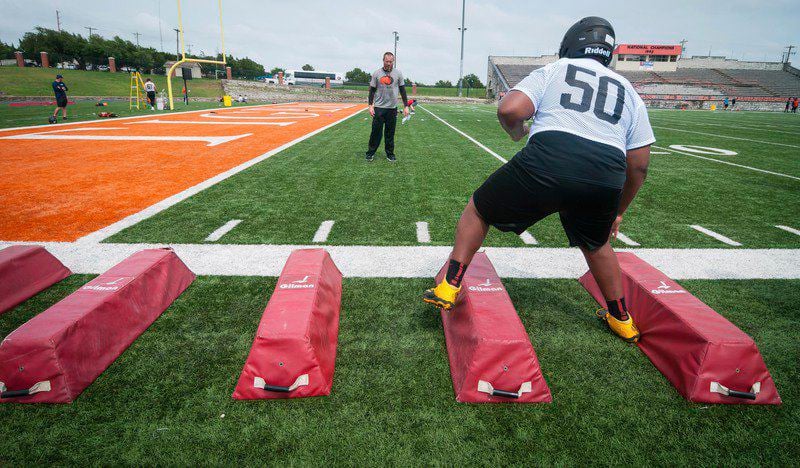 East Central head coach Al Johnson watches one of his players go through an agility drill during a 2019 practice session. 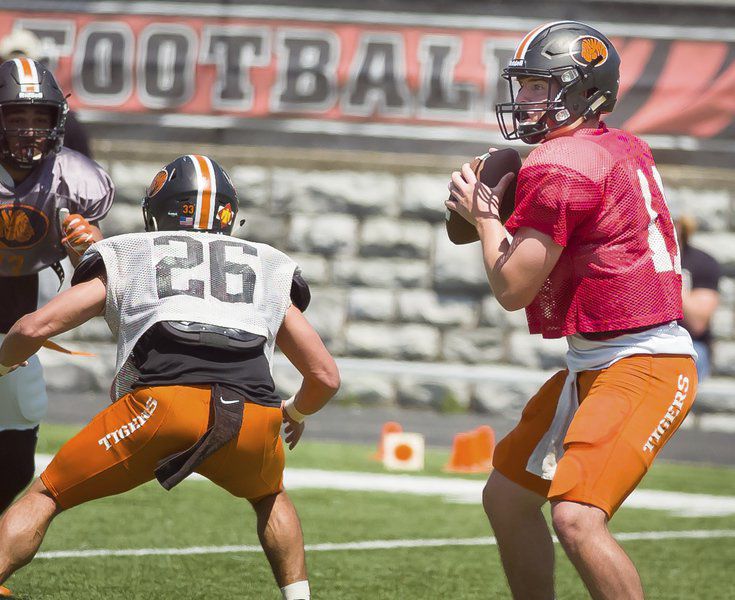 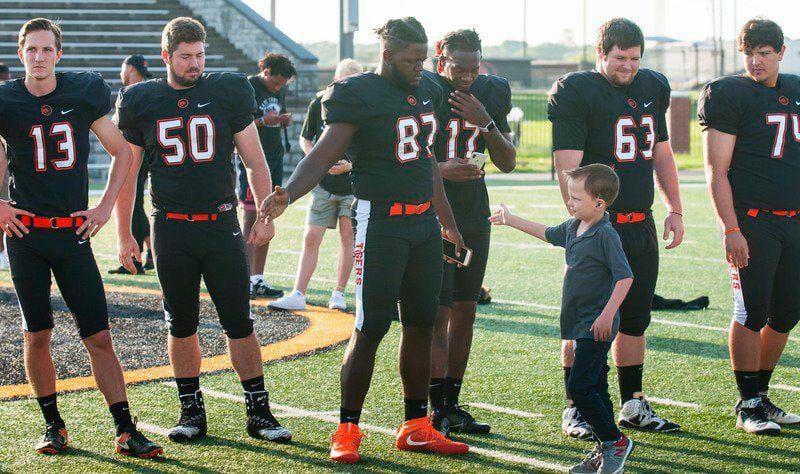 East Central assistant coach Cyrus “Cy” Johnson, shown slapping hands with tight end Dilland Gardner (87) in this Ada News file photo, can’t wait to get back on the field with the ECU football team once the COVID-19 pandemic has run its course. 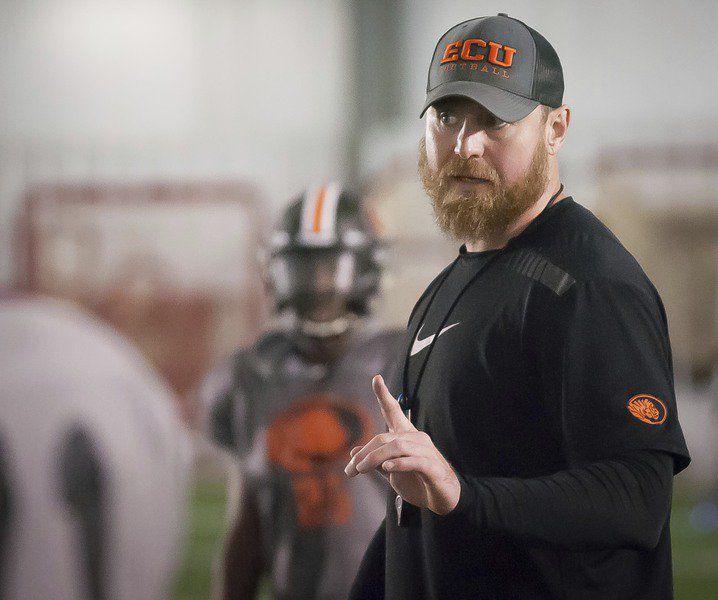 East Central University football coach Al Johnson hopes his players will work hard academically and athletically on their own since spring football practices were canceled amidst the COVID-19 pandemic.

East Central head coach Al Johnson watches one of his players go through an agility drill during a 2019 practice session.

East Central assistant coach Cyrus “Cy” Johnson, shown slapping hands with tight end Dilland Gardner (87) in this Ada News file photo, can’t wait to get back on the field with the ECU football team once the COVID-19 pandemic has run its course.

East Central University football coach Al Johnson hopes his players will work hard academically and athletically on their own since spring football practices were canceled amidst the COVID-19 pandemic.

East Central head football coach Al Johnson and his young football team were supposed to be preparing for spring practices beginning in April.

That was before COVID-19 reared its ugly head.

The Great American Conference, following every other conference and major sports in the country, postponed all spring sports back on March 12. That, of course, includes all spring football drills for conference schools.

After the obvious initial shock and disappointment, Johnson, his staff and players took everything in stride.

“Initially we were all disappointed that we would have to miss out on our spring practices. That subsided very quickly for three reasons,” Johnson said.

“One, thinking of everyone that has been affected by this crisis, missing spring practice is a very small price to pay,” he said.

“Two, we were mindful of all the spring sports athletes who had their seasons canceled,” he continued. “Three, we must control what we can control, and come up with a plan to move East Central University football forward.”

Johnson said his team began to realize just how bad things were getting when major sports organizations began to cancel or postpone games.

“Our players had a lot of disappointment and just a general sense of uncertainty about the entire situation. I believe the severity really set in for most of our players when the NBA and March Madness all were canceled,” he said.

Johnson challenged his student-athletes to be even more focused on finishing their school work at home — without being in a classroom environment — while staying physically fit until the end of the coronavirus pandemic runs its course.

“My main message to our team is really pretty simple: Let their ‘why’ be greater than their ‘excuse.’ If they were on campus or now at home, find a way to get your schoolwork done to the best of your ability and on time.” he said.

“And safely find a way to get a good workout in each day. We have sent our players workout plans. Some players will have to modify the lifting based on the equipment they may not have access to. But our success or failure after this pandemic will be directly tied to how we did things during it,” Johnson said.

Since the spring season is a wash, Johnson is holding out hope that at least part of his team can return to the ECU campus for summer school.

“As we all know, this pandemic is changing by the hour. We are making no plans to have our players back on campus this semester. Everything we do, as far as academic meetings and football-related activities, will be by video or on their own. We hope that campus will reopen for summer school,” he said.

The biggest question The Ada News had for Johnson: How are assistant coach Cyrus “Cy” Johnson, his son, and three daughters holding up through this whole ordeal?

“Like most families, I believe mine is trying to make the best of this situation. We are staying at home as much as possible. Coach Cy is missing the players but understands why we cannot practice,” he said.

Johnson said he hopes everyone can find a reason to laugh amid the seriousness of the situation.

“I believe it is very important to keep perspective during this, not to panic and try to laugh once or twice a day,” he said. “We’re trying to find some positives through all this where we can. Our family has played more board games over the last 10 days than we did over the last five years combined.”

Johnson also gave a shoutout to those who are meeting the coronavirus head-on during the crisis.

“My entire family would like to thank all the front-line workers who are fighting this pandemic on a daily basis,” he said.