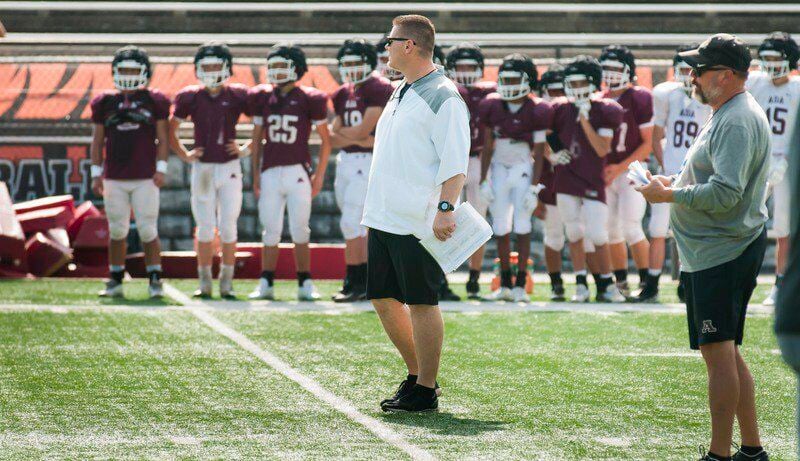 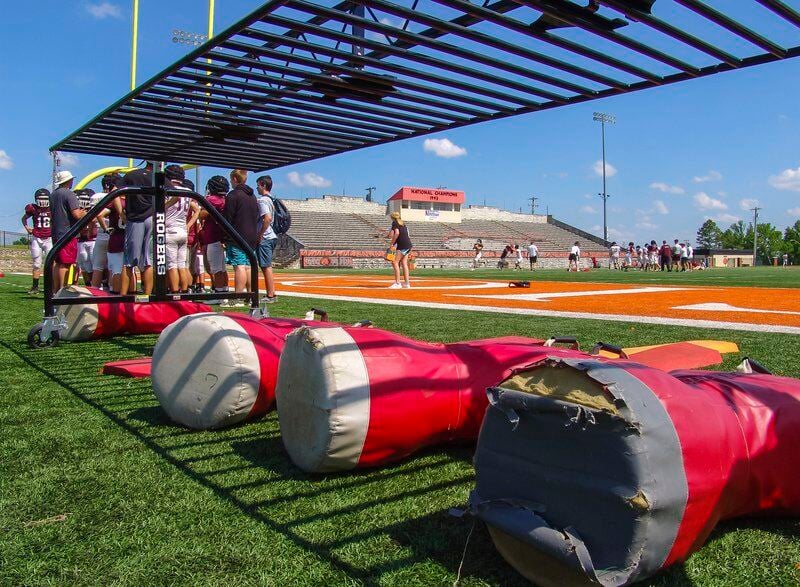 Richard R. Barron | The Ada NewsAda High football players are shown at practice in this 2019 Ada News file photo. Current Cougar football workouts have been shut down after some players tested positive for COVID-19.

Richard R. Barron | The Ada NewsAda High football players are shown at practice in this 2019 Ada News file photo. Current Cougar football workouts have been shut down after some players tested positive for COVID-19.

More than five Ada High student-athletes have tested positive for COVID-19, forcing school officials to shut down workouts for some sports.

Both the Ada High girls basketball squad and the Ada High football team have stopped workouts due to exposure to the novel coronavirus according to athletic director Bryan Harwell.

“We took each situation and looked at it according to how many people had been exposed,” Harwell told The Ada News Monday afternoon.

Harwell said it was an easy decision to shut down girls basketball workouts for now.

“They have a long time until they play so why not shut this down for now? We did that without the county health department telling us to because we felt like that was the best thing to do with the situation,” he said.

The Lady Cougars can resume strength and conditioning drills when school starts this fall. Right now that date is scheduled for Aug. 13.

“We’re in a world now where things can change very quickly,” Harwell pointed out.

Harwell said it was hard to bring football practices to a halt considering the Cougars are set to open the 2020 season Sept. 4 at Ardmore.

“Football is a little different because they have a season coming up. But we’ve had enough positive tests and we felt like there’s been too much exposure within the program and needed to shut it completely down for 14 days,” Harwell explained. “I wish they were working out because the kids need to be out in the heat and need to be doing something. But we just felt like there has been too much exposure there.”

Harwell said if COVID-19 had struck the football team two weeks later, it would have been nearly impossible to start the 2020 season on time.

“I’ve talked to a lot of schools and everybody right now is on a normal track to start until they get hit like we’ve been hit here. If this were two weeks from now, I don’t see how we would be able to play our first game,” he said. “You’re sitting here not being able to work out for two weeks and then return to work out for three days and go play Ardmore? There’s no way.”

Harwell said that according to the Pontotoc County Health Department, exposure occurs when a person who tests positive for the coronavirus is within six feet of another person for 10 minutes or longer.

The health department recommends that once a person is exposed, he or she should be quarantined for 14 days.

Ada’s cross country athletes have been asked to do voluntary running for now due to COVID-19 concerns by some members of the coaching staff.

The Ada High softball team has continued uninterrupted practices. The Lady Cougars are scheduled to open their season Aug. 10 when the Tupelo Lady Tigers visit the Ada High Softball Complex.

“With the guidelines we have, we don’t feel like those kids have been exposed at this point,” Harwell said. “Right now softball is not sharing locker rooms. They’re not in the dugout a whole lot. They put their clothes or anything else they bring (to the field) up in the stands.”

Harwell said school administrators will continue to monitor each individual situation and make decisions according to guidelines set forth by health professionals.

“We use the guidance of the Health Department along with guidance we have received from the State Department of Education to make the best decision for our student-athletes and coaches,” he said. “Our decisions are not based on the sport that is being played but who the student may have exposed to the virus.”

The Oklahoma State Department of Health on Monday reported 1,401 new coronavirus cases across the state, bringing the total cumulative number of the state’s positive cases to 32,686.