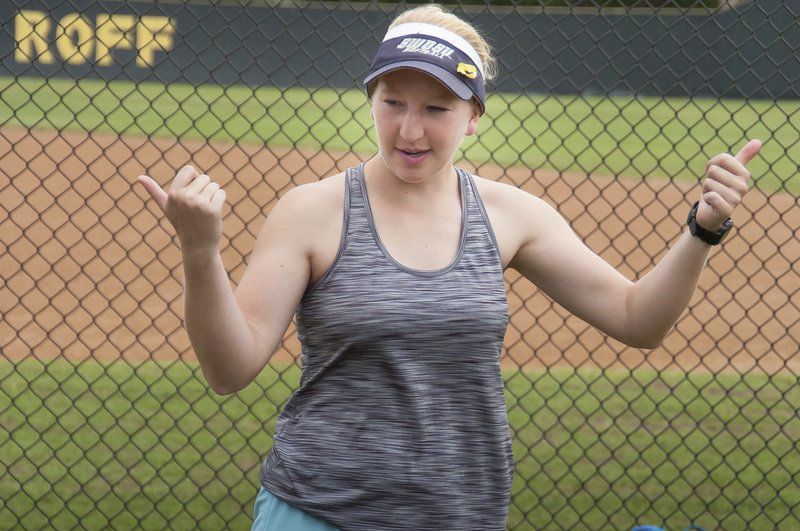 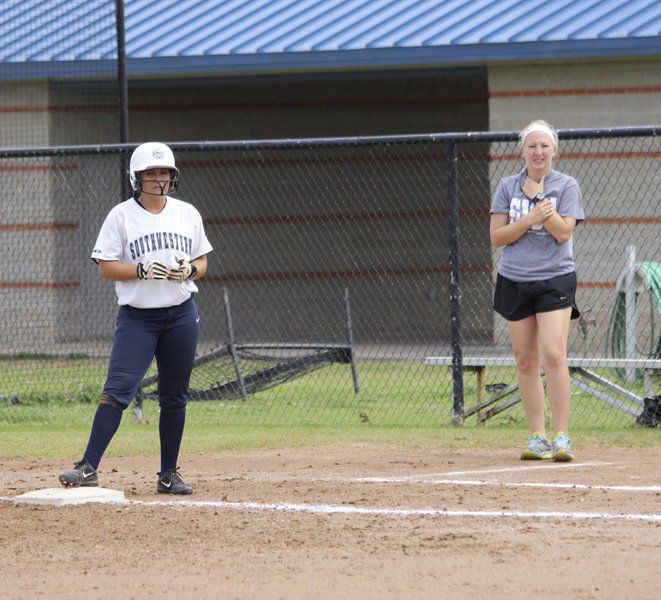 Taylor Canida wasn’t sure what was in store for her softball future after graduating from Southwestern Oklahoma State University in Weatherford last spring.

However, upon her return to Ada, the 2013 Roff High School graduate had a chance encounter with veteran East Central University softball coach Destini Anderson. Not long after welcoming Canida back to town, Anderson informed her that there was an opening on the ECU coaching staff.

After a visit to Anderson’s office, Canida was hired as the newest ECU assistant softball coach around the beginning of June.

Anderson said Canida — an All-State pitcher in high school — will be a perfect fit for the Tiger softball program.

“We are so excited to be adding someone of Taylor’s caliber to our coaching staff,” she said. “She has a wealth of knowledge in both hitting and pitching that we will be able to utilize in our program. It is hard to find a graduate assistant with her maturity and experience.”

Canida actually has a year of coaching experience at Southwestern under her belt, but it wasn’t exactly planned. She suffered a freak back injury before her senior season that robbed her of her remaining playing days for the Lady Bulldogs.

During a practice session, Canida was playing first base when she leaped high in the air to try and catch an errant throw from a teammate. When she landed, it messed up some discs in her back.

“When I came down, I froze. I couldn’t straighten up. It was so weird. I just felt stuck. That’s the only way I can describe it,” she explained. “I felt like the Hunchback of Notre Dame.”

Canida was hoping for the best — an athletic trainer thoughts she might just be having spasms — but after a week of not being able to move, she visited a spine doctor in Oklahoma City. She learned the discs were basically stuck, and it would take six months of physical therapy and two injections for her to feel mostly normal.

“And from all the wear and tear I had put my body through, I had degenerative dise disease, so that didn’t help the situation. It completely ended my career. It was a bad deal,” she said. “I still struggle rotating some. It’s going to be a lifelong thing. I’m going to have to deal with it forever.”

That season, new SWOSU coach Kim Maher coaxed Canida into being her assistant.

“I wasn’t ready to be done. I still wanted to be around it during my last year,” she said. “(Maher) pretty much took me under her wing. I learned so much. I ended up coaching first and kind of being her right-hand man.”

At the urge of participants in the Roff Softball Camp earlier this summer, Canida threw a few pitches for the first time since her injury and didn’t feel much discomfort.

“Those little girls asked me to pitch. I couldn’t say no to them, and I gave it a try, but it felt good,” she said. “My arm was sore the next day, but it was fine.”

Canida said she will also continue to give private pitching lessons.

Canida — who spent her first two years as a collegiate player at Connors State University in Warner — got to help out with an ECU softball camp one day last month, but she looks forward to getting more involved with the Tigers in the fall.

“I met with (Anderson) and her two assistants (Debby Abbott and Teddy Abbott) and helped them out with a camp one day. I’ll start doing more stuff in August,” she said.

East Central finished 31-26 last season and advanced to the Great American Conference Tournament. Canida said the ECU coaches are looking forward to another strong spring in 2018.

“They’re bringing in quite a few freshmen. They have a lot of talent coming in. They’re very excited for this year, and I am too,” she said.

When asked if she thought long-term coaching was in her future, Canida wasn’t quite ready to commit to that idea. She didn’t rule it out, either.

“I’ve thought about it. I haven’t fully decided, but I’m thinking about it,” she said.