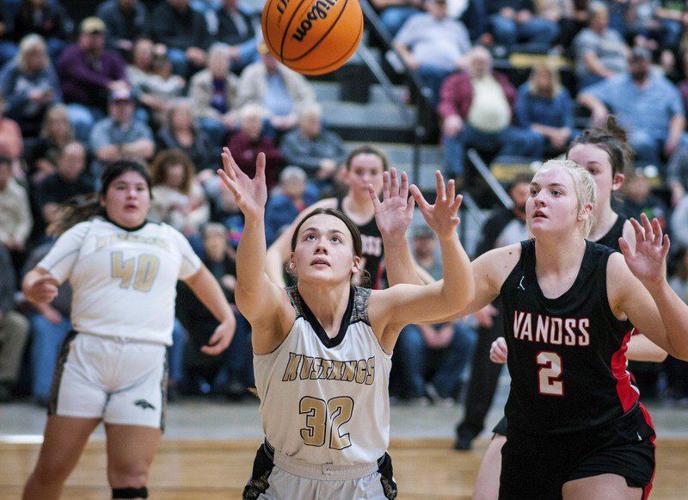 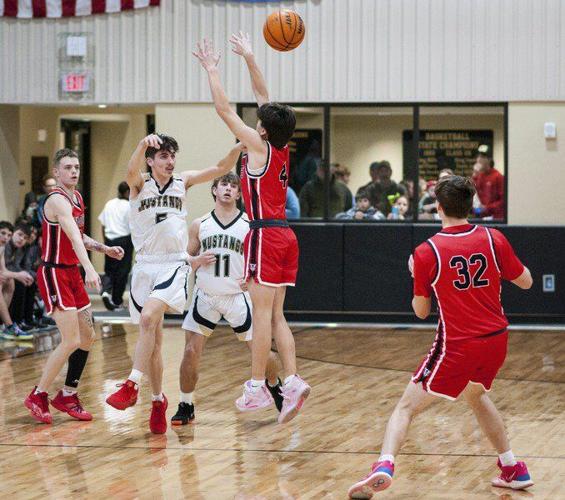 ALLEN — After a topsy-turvy first half, the Vanoss Lady Wolves had just enough firepower to slip past Allen 38-32 in a Tuesday night road game.

In the boys game, Allen junior Garrett Nix scored 13 points in the fourth quarter to help the Mustangs stave off a Vanoss rally in a 65-56 win over the Wolves in a battle between two Top 10 teams from Class A.

“It was two pretty good teams playing each other. It was just a battle,” said Allen head coach Greg Mills. “It was just left, right, left right. Just back-and-forth. Allen-Vanoss is usually a game like this. I would have liked to have just watched it.”

Both Allen teams will host the 2023 Mustang Winter Classic beginning today. The Allen girls face Weleetka at 7 p.m. in a first-round contest, while the Allen boys meet Wewoka in the 8:20 p.m. nightcap.

Both Vanoss clubs are now off until a Jan. 24 road trip to Roff.

The Lady Wolves tried to take charge early, limiting Allen to a single first-quarter free throw during an 11-1 surge to start the game.

Allen quickly turned things around by outscoring Vanoss 16-5 in the second period and carried a slim 17-16 lead into halftime.

The Lady Wolves countered with a 10-4 run in the third quarter to build a 26-21 lead heading into the final eight minutes and kept the Lady Mustangs in check down the stretch.

Sophomore Caidence Cross led the Lady Wolves with 14 points, all coming in the first three quarters. She also had five steals.

Madi Faust followed with 13 points and eight rebounds. Avery Ellis just missed double figures with eight points, including a pair of 3-pointers in the fourth period.

Cherish Woodard paced Allen with 12 points to go with eight rebounds and five steals. Brooklyn Sanders was next with eight points for the hosts.

The Lady Mustangs were cold from 3-point range, finishing 1-of-14 from long range. Macyee Davis hit the only Allen trey.

Mills said it felt like a playoff game inside the Allen gymnasium.

“It was a packed house. The atmosphere was excellent. It was really something. It was a typical Allen-Vanoss game,” he said.

The game had a little bit of everything, including technical fouls on Vanoss head coach Jonathon Hurt and VHS senior standout Carter Perry.

Vanoss clawed to within 48-39 after three quarters before Nix used his big fourth-quarter performance to help keep the Wolves at arm’s length. Nix finished with a game-high 27 points. He hit a pair of 3-pointers and went 7-of-9 from the free-throw line.

Senior Brayden Tatum, the other half of Allen’s lethal 1-2 punch, added 17 points and sank a trio of 3-pointers.

Senior Nate Sheppard came off the bench and made four big 3-point shots for all 12 of his points for the visitors, while Logan Hulbutta also reached double figures with 10 points, including one 3-pointer.