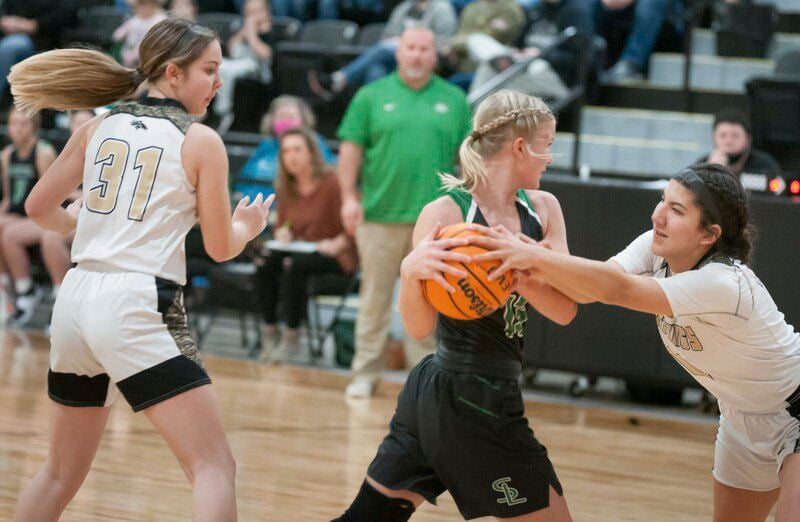 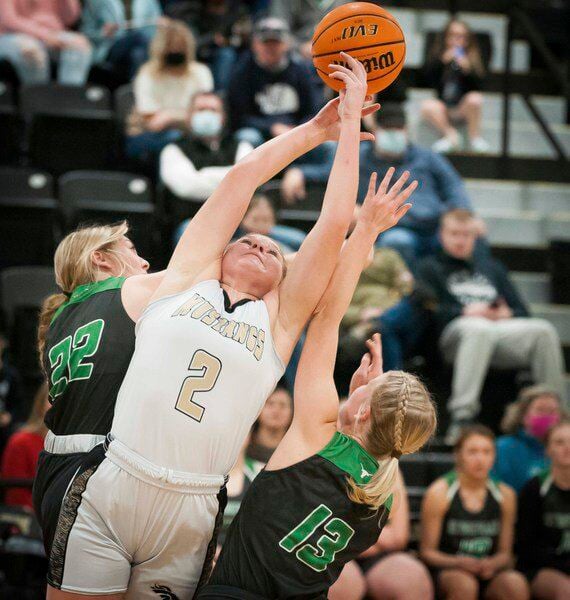 ALLEN — The Allen Lady Mustangs got off to a good start and then kept holding off Stonewall in a 43-31 win over their neighbors to the south in a Class A Regional Tournament consolation contest Saturday afternoon at Allen High School.

No. 20 Allen improved to 11-9 on the year and will face the loser of a Saturday night contest between Hydro-Eakly and Wister at 6 p.m. Monday at North Rock Creek High School in Shawnee.

After being upset by Quinton in district play, Allen head coach Dottie Slabaugh and her squad have most certainly adopted the practice of taking each playoff game one at a time. And that started Saturday with Pontotoc Conference foe Stonewall.

"It's win or go home. You have to prepare for each game one at a time," Slabaugh said following the victory. "I was pleased with our performance. We did a few things we don't typically do and it was new for them. But we stuck to the plan for the most part."

Allen jumped out to a 9-2 lead to start the contest, sparked by junior Cheyene McCarn who hit the first two baskets of the game – a 3-pointer and a long jumper on an inbound play. Hannah Harris followed with a drive to the hoop and post player Maggie Yarbrough scored in the paint put Allen ahead by seven at the 4:12 mark of the first quarter.

After Stonewall got within 12-7 on a free-throw line jumper by Mallory LeFlore, McCarn drilled another 3-pointer and Harris hit a layup that just beat the buzzer that gave the home team a 17-7 lead heading into the second period.

Stonewall got a 3-pointer from Kaylee Ford to open the second quarter and Faith Ross followed with an old-fashioned three-point play — she dribbled around a defender, got in the lane and hit a layup on a strong move to the basket — that cut the SHS deficit to 17-13 at the 2:38 mark.

However, Allen scored 11 points in the final 2:16 of the quarter to push its lead to 28-15 by halftime. An 11-2 run was capped by another basket inside by Yarbrough off a nice pass from Harris.

Stonewall got within single digits for the final time when senior Meghan Sliger converted on a three-point play at the 3:39 mark of the third quarter that trimmed the Allen lead to 33-25.

Allen answered again with another Yarbrough layup and a 3-pointer from Emily Sells that put the Lady Mustangs on top 38-25 heading into the fourth period.

"We kind of got stale in the second half and unfortunately it was the same against Quinton (in the district title game). We were complacent and settled for things," Slabaugh said. "We kind of saw pieces of that again but we rallied through it."

McCarn led the Allen offense with 13 points on 4-8 shooting from the field and a pair of free throws. Sells also finished with 13 points, including a trio of 3-pointers. She also had four steals and was chosen to faceguard Ross when Allen employed its box-and-1 defense.

Yarbrough, and Allen sophomore, collected eight points and seven rebounds for the hosts.

"She's just a sophomore so she has lots of opportunity to get better. I challenged her a little in practice and told her she was going to have play a big role for us. I'm proud of her," Slabaugh said.

Stonewall ended up with 19 turnovers compared to just 11 for Allen, including only three in the first half.