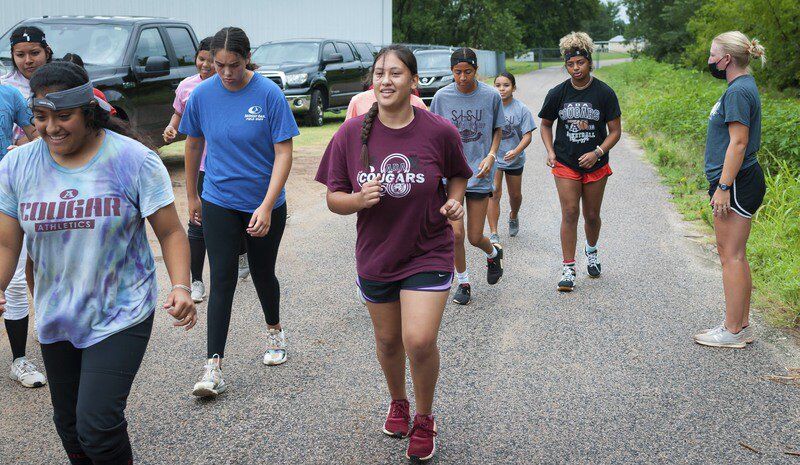 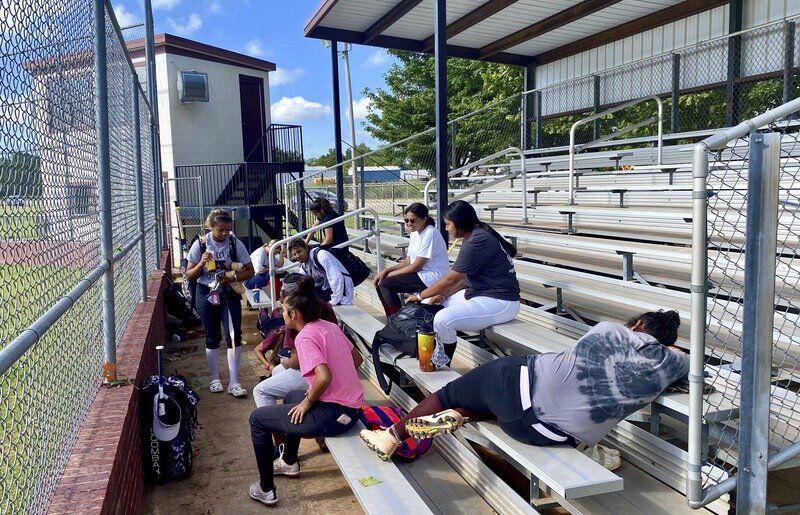 Ada High softball players gather in the stands before the start of Friday’s softball practice. Players are not allowed to use the locker room or the dugout under the program’s COVID-19 safety guidelines. 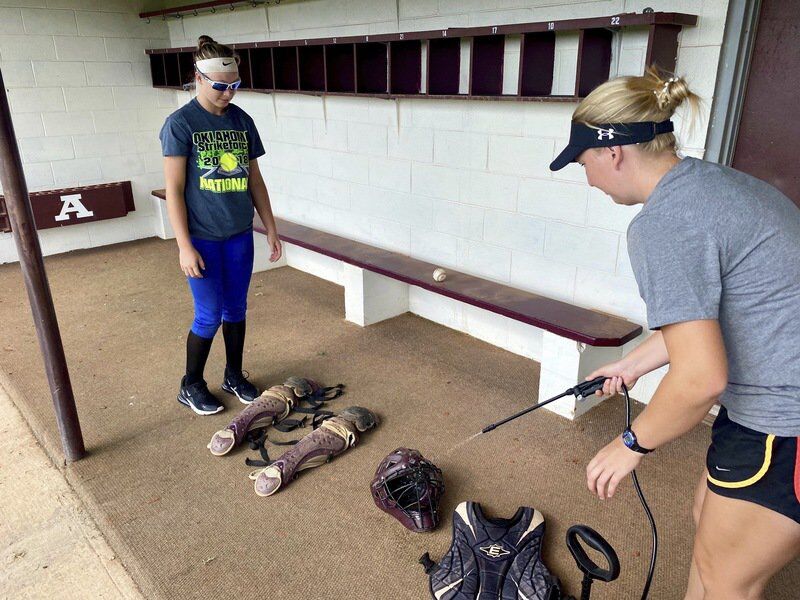 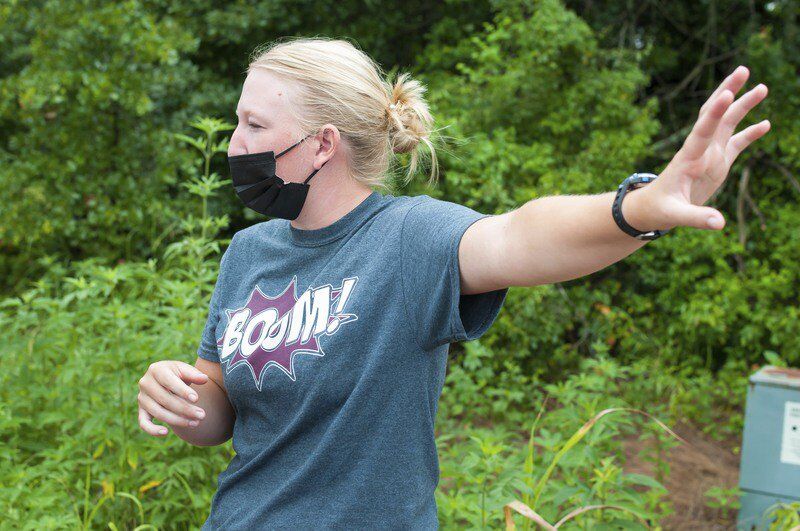 Ada High softball players gather in the stands before the start of Friday’s softball practice. Players are not allowed to use the locker room or the dugout under the program’s COVID-19 safety guidelines.

Preseason softball practice has looked a lot different for the Ada Lady Cougars this summer.

As they prepare for the 2020 fall fastpitch season, Ada head coach Taylor Henry said many safety guidelines have been put in place to make practices as safe as possible while the COVID-19 pandemic rages on.

As they enter the gate to the Ada High Softball Complex, they have to check in with Henry or assistant coach Shane Coker before they can even prepare for practice.

“I sit at a table at the gate and when they come in we check their temperature and write it by their name,” Henry told The Ada News before the start of a Friday morning practice session. “There’s been a lot of adjustments.”

Much like Santa Claus, Henry makes a list and checks it twice for each of her players — a total of 18 when everyone is able to attend. She uses a form called the 2020 Ada Softball Covid Checklist that has a list of items players are asked about. Those include having a sore throat, a cough, a loss of smell or taste, shortness of breather or whether or not they have had close contact with someone who has tested positive for the novel coronavirus.

If any of those boxes on the checklist are marked, that player can not participate in practice.

“If they answer yes to any of those, I have to send them out to a doctor to get checked out,” Henry said.

If they pass the screening, they get a squirt of hand sanitizer and are sent to the stands. No players can use the locker room.

“One of the first things we had to adjust is our use of the locker room and the dugout,” Henry explained.

The big water container players used to share is gone now, too.

“In the past, we’d fill up this big 10-gallon jug of water and they’d share it. Now we use bottled water,” Henry said.

All the equipment used is also sanitized regularly.

“We spray down everything — balls, bats, catcher’s gear. We spray it all down and let it sit there and dry,” she said.

Henry said the players have adjusted well to taking the extra precautions — at least for the most part.

It’s usually around this time that the Lady Cougars take part in a few preseason scrimmages against another team. But those plans were also scrapped after the recent spike in the number of Oklahoma COVID-19 cases. The Oklahoma State Department of Health on Friday reported 747 new coronavirus cases across the state, bringing the total cumulative number of the state’s positive cases to 36,487. So far 164 cases have been documented in Pontotoc County.

“I had already scheduled some, but we as a school decided not to have scrimmages. We don’t want to take that chance in hopes that we’ll have a better chance to play this fall. We didn’t want a scrimmage to stop us from playing any real games,” Henry said.

During the first two weeks of preseason drills, the Lady Cougars met for 90 minutes in the evening.

Now, practices have ramped up to a few intrasquad scrimmages, which has included live pitching. During those matchups, each player wears a separate batting helmet.

“We don’t share any of that kind of stuff,” Henry said.

Despite all the changes, Henry said her team is working hard in preparation for the 2020 season opener when Ada hosts Tupelo on Aug. 10.

“Practices have been good. We’re athletic and we’re young. They look forward to being out here every day,” Henry said.