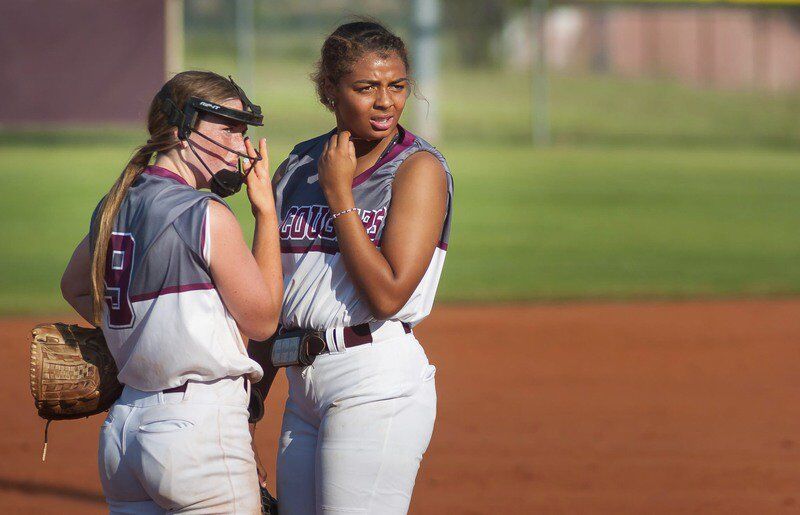 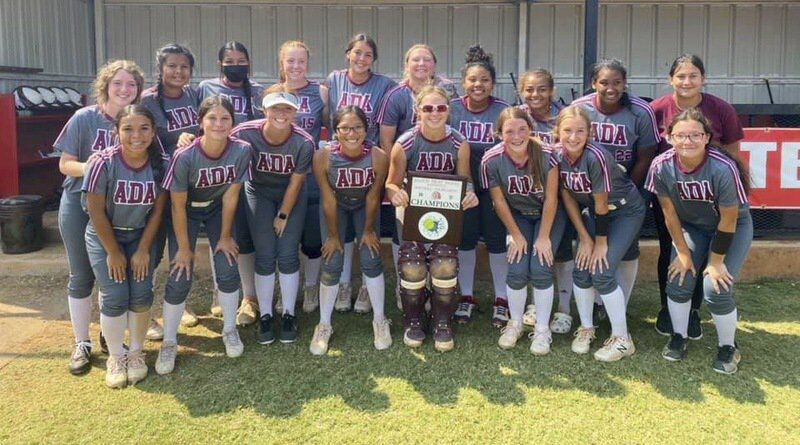 The Ada High softball team did just that Saturday against Stroud in the finals of the McLoud Tournament.

The Lady Cougars scored three runs in the top of the eighth inning to break a 7-7 tie and finally sent Stroud packing with a 10-7 victory.

The Lady Tigers had just forced extra innings by scoring four times in the bottom of the seventh inning.

“This was a total team effort and my kids flat out earned it,” Henry said. “A lot of things did not go our way, but they stayed in it and continued to fight. Stroud is a good ball club and we expected it to be a good game. These girls are tough and I would put them up against anybody.”

Ada started off the top of the eighth inning with Elsa Munoz standing at second under the international tie-breaker rule. Abbey Strong hit a single to right field and Munoz hustled to third base to put runners at the corners.

Rylynn Truett then hit a ground ball back to the pitcher and Munoz was thrown out trying to score on the play. Amaya Frizell then knocked in the first run of the frame with an RBI single up the middle to put Ada ahead 8-7. Frizell and Truett moved to second and third on a throw.

Truett scored on a run-scoring groundout to second base by Jakobi Williams to make it 9-7 and Frizell raced home on a Stroud error to give the Lady Cougars their three-run cushion.

The game was a wild back-and-forth affair. Stroud led 1-0 before Ada tied the game at 1-1 with a run in the top of the third. Stroud scored twice in the fourth to grab a 3-1 lead before the Lady Cougars erupted for six runs in the top of the sixth inning to surge to a 7-3 lead.

However, that led to Stroud’s huge seventh-inning rally during which Ada pitcher Bradi Odom and the Lady Cougar defense stranded the potential game-winning run at third base. Bailey Bigbey smashed a two-out, two-RBI triple that tied the score at 7-7 but Odom coaxed a groundout to second to finally end the frame.

Ada’s pivotal sixth-inning outburst included a two-run triple smashed to the right-center field fence by Truett, another two-run triple by Elsa Munoz (that tied the game at 3-3) and an RBI single by Frizell.

KayLyn Baker led a 10-hit Stroud offense, going 2-for-4 with a walk, an RBI and two runs scored. Makenna Hall finished 2-for-3 with an RBI and a run scored. Bigbey ended up with three RBIs for Stroud.

The Lady Cougars have a busy slate this week. Ada hosted Mount St. Mary on Monday and Tecumseh visits the Ada High Softball Complex at 5 p.m. today. Ada invites Atoka to town at 3 p.m. Friday. A Thursday contest at Byng was canceled due to COVID-19 concerns with the Lady Pirates.