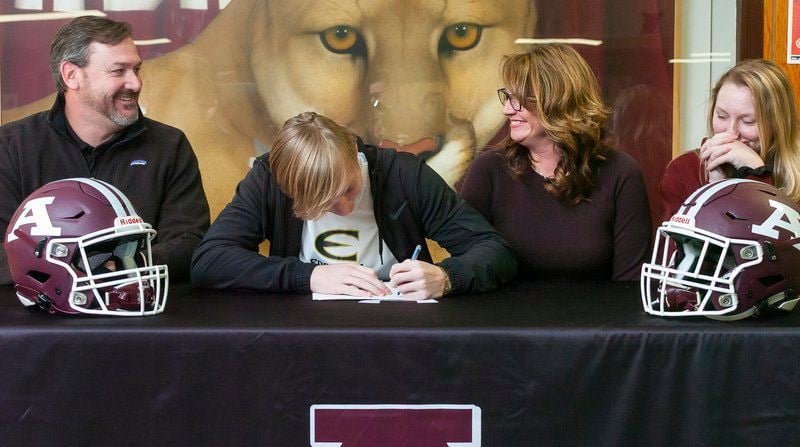 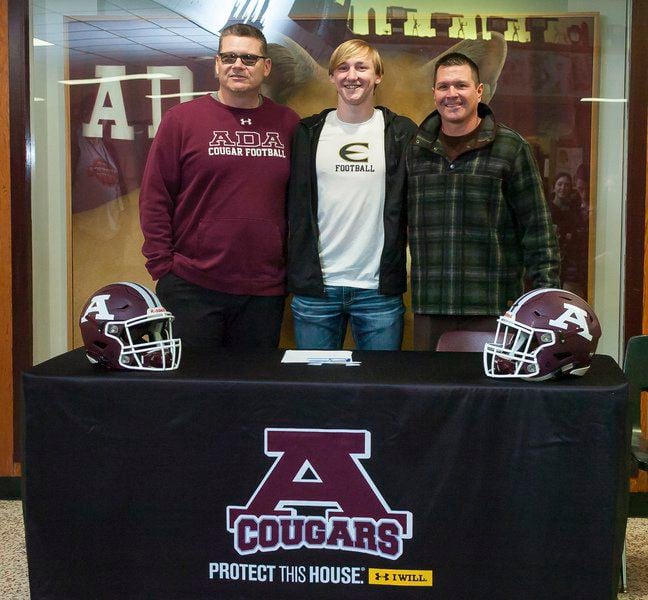 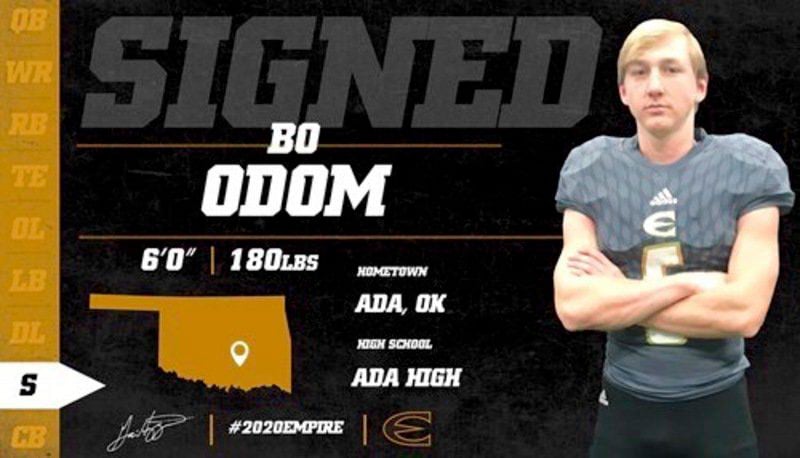 Ada High senior Bo Odom is off to Emporia.

Odom signed his letter of intent to play college football with Emporia State during a recent ceremony at the high school.

Odom — who moved to Ada from Wynnewood for his senior campaign — told The Ada News that Emporia State was everything he was looking for during his search for a place to continue his football career.

“It checked every box on my list. It was the perfect place for me,” he said. “They seemed really anxious to see me and ready to get me up on campus. I’m really excited to get up there.”

“He’s going to a really class program up there at Emporia. Throughout the recruiting process, the way that their coaches went about getting us involved as a coaching staff was really good,” he said.

“(Bo’s) video speaks for itself. He’s a phenomenal competitor and a great, great young man,” Berus continued. “He’s going to add a lot of value up there at Emporia — not just on the field and in the locker room, but on campus. Bo has one of those personalities that people gravitate towards.”

Odom said he’ll be playing the “field safety or rover” for the Hornets.

“It’s in the middle of the field. Really, from sideline to sideline, you have everything,” he explained.

Odom collected 25.5 tackles and had three interceptions during his senior year with the Cougars. He was also a playmaker on offense for Ada, finishing with 13 catches for 264 yards and four touchdowns and rushing for 251 more yards and a score.

For now, Odom will just focus on defense.

“That’s my favorite side of the ball, so I’m happy to be playing there,” he said.

Odom is one of 31 high school players signed by ESU head coach Garin Higgins and his coaching staff.

“I think with this year’s class, with the depth that we have, I think a lot of guys have the possibility of helping us early,” said Higgins when asked about the Hornets’ 2020 signing class. Higgins returns for his 19th season as Emporia State’s head coach and has accumulated a 132-77 record.

Berus expects big things from Odom, even after college.

“Whatever he chooses to do other than or in addition to football, it’s going to be exciting to see. He’s going to be investing in people and making other people better,” he said. “I’m excited to see what the future holds for this young man because it’s going to be bright. I’m very fortunate to have coached him for this last year.”