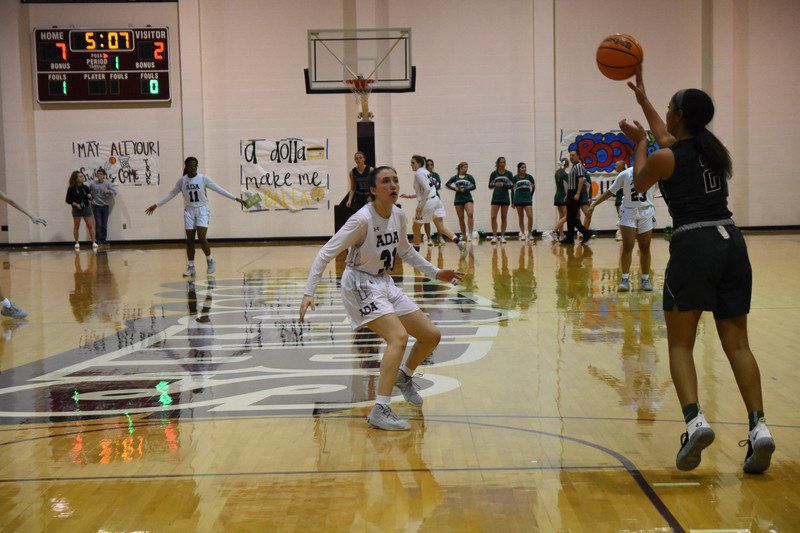 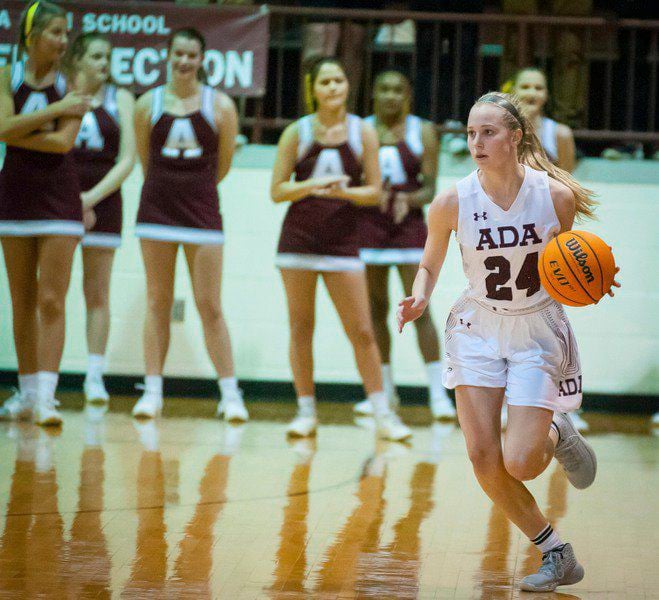 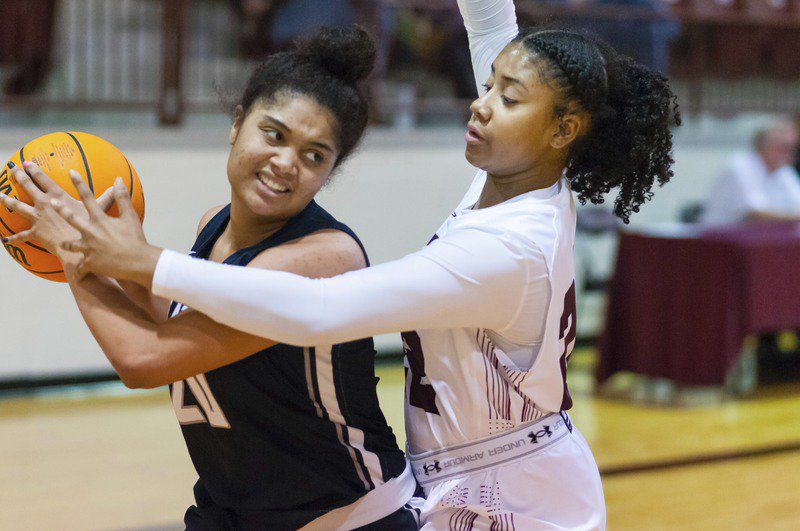 Ada’s Alex Hamilton (22) was one of three Lady Cougar seniors honored during a Senior Night ceremony Monday night inside the Cougar Activity Center.

Ada’s Alex Hamilton (22) was one of three Lady Cougar seniors honored during a Senior Night ceremony Monday night inside the Cougar Activity Center.

The Ada High girls basketball team needed a heroic putback by Tatum Havens as time was running out to defeat Seminole 48-47 in the team’s first meeting in a Jan. 17 road game. That wasn’t the Lady Cougars’ best day.

It looked like head coach Christie Jennings and her players might have circled the rematch on their calendars.

The Lady Cougars, ranked No. 15 in Class 4A, improved to 19-4 on the year and ended the regular season on a nine-game winning streak. During most of that stretch, Ada has looked like a team that is poised to make a strong playoff run.

That run starts Saturday, when the Lady Cougars host Blanchard in a Class 4A District championship. Tip-off is scheduled for 6:30 p.m. inside the Cougar Activity Center.

“We shot the ball well tonight and pushed a lead out early,” said Jennings, who saw her starters go a combined 9-of-15 from 3-point range. “We were just trying to stay steady after that.”

If Ada’s 4A Regional Tournament bracket falls the way it is expected, the Lady Cougars could face No. 13 Sulphur and No. 1 Anadarko in back-to-back games.

Of course, the Lady Cougars have to take care of Blanchard first.

The Lady Cougars simply knocked Seminole out early, starting the game with a decisive 27-3 first-quarter run. Ada hit 11-of-19 (57.9%) of its field goals during the first eight minutes, while Seminole started off 1-of-15 from the floor.

Landyn Owens scored 14 of her 21 points during Ada’s opening salvo.

Seminole’s Katyanna Andrews scored the first eight points of the second quarter — including back-to-back 3-pointers — to get her team within 27-11, but Ada finished the frame on another dominant 24-7 surge.

The onslaught didn’t stop, as the Cougars outscored Seminole 17-13 in the third and 11-5 in the fourth.

Jaiden Stevenson came off the bench and had a solid game in the post, finishing with 12 points and six rebounds.

Andrews led Seminole — now 10-12 on the season — with 17 points, while Holli Ladd was next with eight points, three rebounds and three steals.

Ada finished with 16 steals that helped lead to 25 Seminole turnovers. The hosts won the battle of the boards 53-40.