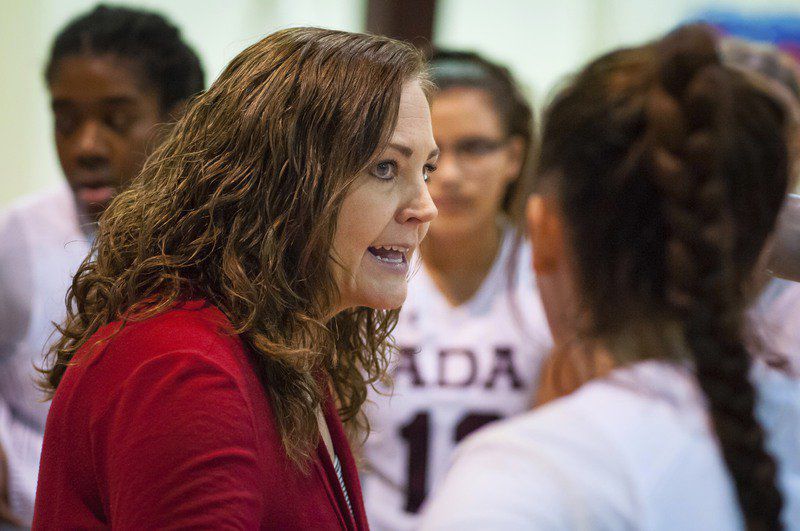 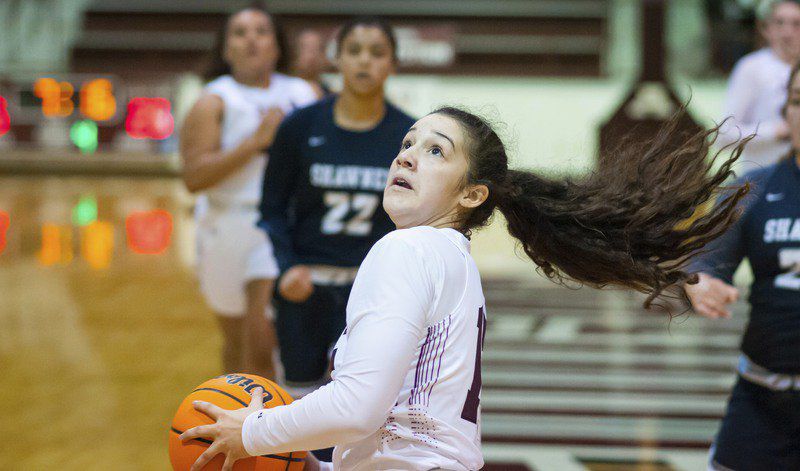 Richard R. Barron | The Ada NewsAda junior Jaeden Ward (15) scored eight points and grabbed seven rebounds off the bench for the Lady Cougars in a 73-47 win over Harrah at home Tuesday night.

Richard R. Barron | The Ada NewsAda junior Jaeden Ward (15) scored eight points and grabbed seven rebounds off the bench for the Lady Cougars in a 73-47 win over Harrah at home Tuesday night.

The Ada High girls basketball team is starting to light up the scoreboard.

One game after scoring 86 in a win over Durant, the Lady Cougars eclipsed the 20-point mark in each of the first three quarters in a convincing 73-47 win over Harrah Tuesday night inside the Cougar Activity Center.

Ada, ranked No. 15 in Class 4A, improved to 18-4 heading into a showdown with old rival McAlester at home Friday night. The Lady Buffaloes are ranked No. 12 in Class 5A.

"Offensively, we're playing really good," Ada head coach Christie Jennings said. "I thought Harrah was pretty good and at times we made them look like an average basketball team."

"It starts with our point guard. Amaya's had some really good games — not just scoring the basketball but taking good care of it and distributing it," she said. "And she goes to the boards hard ever night. When that happens, our other guards just settle in."

Landyn Owens looked like she was on her way to a career night in the first half. She scored 11 points in a 20-3 Ada explosion to start the game. Owens then scored six straight points on two free throws, a steal and layup and a tough jumper with six seconds left int he second period that put the Lady Cougars on top 43-19.

Owens headed to the locker room at halftime with 20 points. She scored another easy basket following a steal at the 6:26 mark of the third period that put Ada ahead 47-22.

However, she picked up her fourth foul of the contest at the 4:55 mark. Owens didn't return to the court until the 4:36 mark of the final frame. Just 50 seconds later she fouled out and finished with 22 points, three rebounds and four steals. Owens was 8-of-14 from the field, hit two 3-pointers and made all four of her free-throw attempts.

Jennings said she would have like to have seen her play most of the second half after such a good start.

"If Landyn doesn't get into foul trouble and stays on the floor a little longer, you never know what she could have done," she said. "She's as good as she wants to be. She's a special scorer. If she can keep herself out of foul trouble, she could have some big games for us down the stretch."

Both Jaeden Ward and Jaiden Stevenson had big games off the bench for Ada. Ward finished with eight points, seven rebounds and hit a pair of 3-point baskets. Stevenson also scored eight points on 4-of-4 shooting from the field.

Post player Shayla Wofford stepped out and buried a 3-pointer and scored five points to go with a team-high nine rebounds and three blocked shots.

Harrah star Katie King overcame a rough shooting night and scored 19 points to pace her squad. She finished 7-of-27 from the field and had seven rebounds and two steals.

Alexus Hamilton did such a good job early on the King kid. That's a good basketball player," Jennings said. "Alexus draws the toughest defensive assignment every night and I think she kind of sets the tone for us on the defensive end."