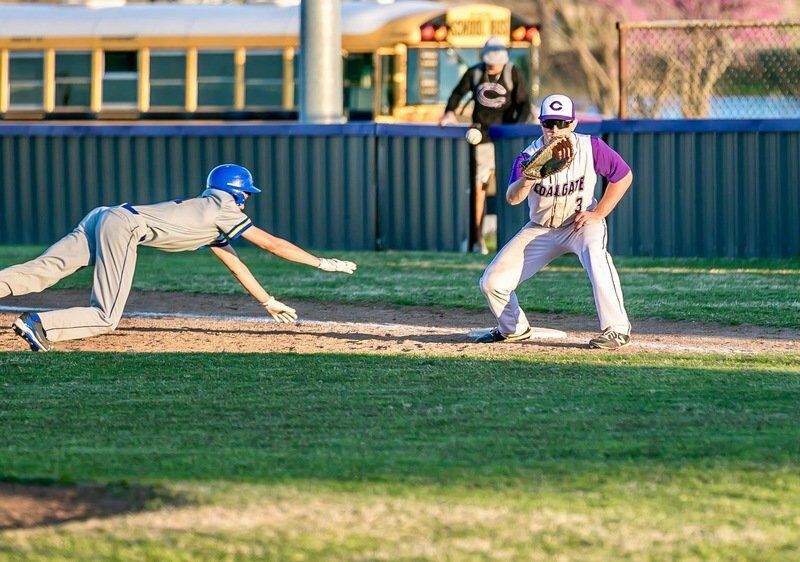 Trey Wilkinson of Coalgate (3) had two hits, three RBIs and scored three times in the Ada Braves 25-6 win over the United Linen Braves Sunday in Bartlesville. 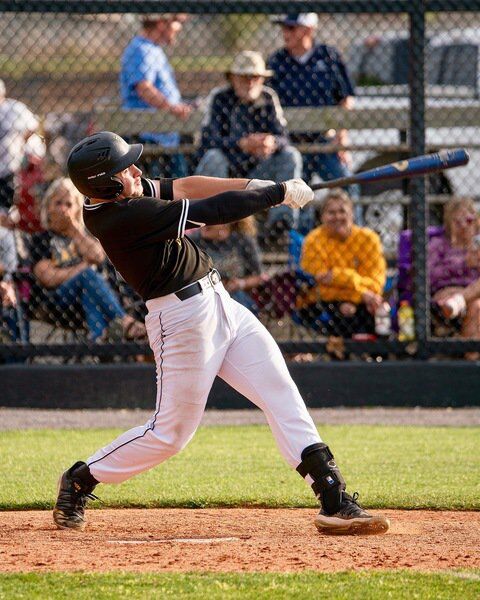 Latta’s DJ Van Atten (7) hit two grand slams for the Ada Braves in a 25-6 win over the United Linen Braves Sunday at the Memorial Day Festival in Bartlesville.

Trey Wilkinson of Coalgate (3) had two hits, three RBIs and scored three times in the Ada Braves 25-6 win over the United Linen Braves Sunday in Bartlesville.

Latta’s DJ Van Atten (7) hit two grand slams for the Ada Braves in a 25-6 win over the United Linen Braves Sunday at the Memorial Day Festival in Bartlesville.

BARTLESVILLE — If there were any lingering concerns about the Ada Braves’ lack of experience heading into last weekend’s Memorial Day Festival in Bartlesville, the Post 72 squad got rid of those in a hurry.

The Braves erupted for 63 runs in four victories of the weekend and started their summer season off at 4-0.

The Ada team defeated the Oklahoma Outsiders 10-2 and whipped Nowata 13-4 on Saturday before rolling past Nowata 13-4 in their opener on Sunday and cruising by the United Linen Braves 25-6 in their festival finale.

“Our guys played really well. We had great at-bats all weekend,” said Braves assistant coach Dillon Atkinson. “We were able to get some great pitching performances on the mound. The thing I was most proud of was just how well our guys bonded in two days. It’s a young, but hungry group of kids who are a lot of fun to be around.”

The Post 72 club scored 21 runs in the second inning to pull away.

The Moss pair of Tucker Brown and Trenton Golden both had three hits apiece. Brown went 3-for-3 with an RBI and three runs scored from the top of the Ada battling order, while Golden finished 3-for4-3 with double, one RBI and two runs scored.

Trey Wilkinson of Coalgate finished 2-for-3 with three RBIs and three runs scored.

The game was tied at 3-3 after three innings but the Braves scored four runs in the top of the fourth and four more in the fifth to build a 10-3 lead.

Bourland, a Tupelo product, went 3-for-5 with four RBIs.

Conner Davidson of Coalgate finished 2-for-4 and scored two runs for the Post 72 club.

Tucker Brown belted a triple, drove in a run and scored three times.

Golden was the winning pitcher. He struck out four, walked two and allowed just one earned run in 4.2 innings.

Ada Braves pitchers Kason Pruitt, Carson Abbott of Latta and Alex Woods of Ada combined to allow just two hits and one earned run in the four-inning victory. That trio struck out a combined eight batters and walked five.

Cooper McCage of Byng tossed all five innings for the Ada Braves. He struck out five, walked six and allowed just one hit and two runs in the solid outing.

Carson Abbott went 1-for-2 with two RBIs and Kaleb Goodwin went 1-for-1 with two walks and a run scored.

The Braves return to action this weekend at the Conners State Showcase in Warner. Ada opens the tournament at 3:45 p.m. Friday against the OK Drillers at Warner High School. The Post 72 squad then faces the Banditos 17U team at 8:15 p.m.