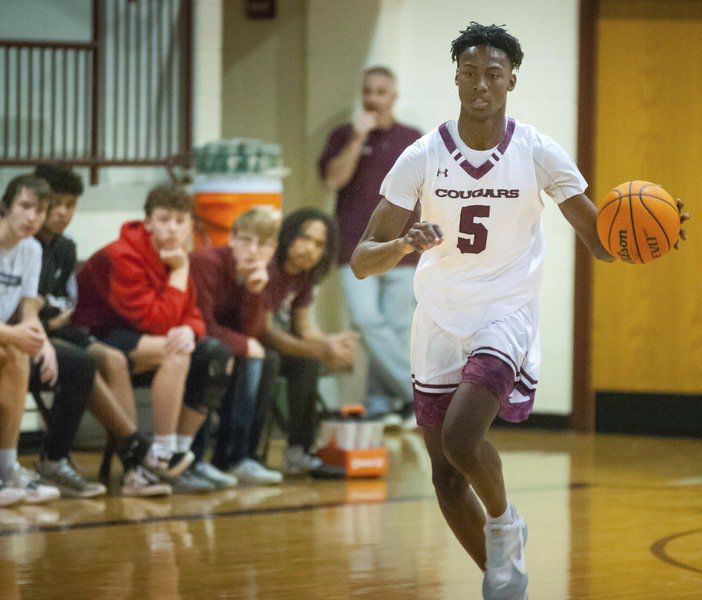 David JohnsonRichard R. Barron | The Ada NewsAda's Jaxson Robinson (5) registered a double-double with 13 points and 10 rebounds in the Cougars' 62-28 win over Harrah at home Tuesday night. 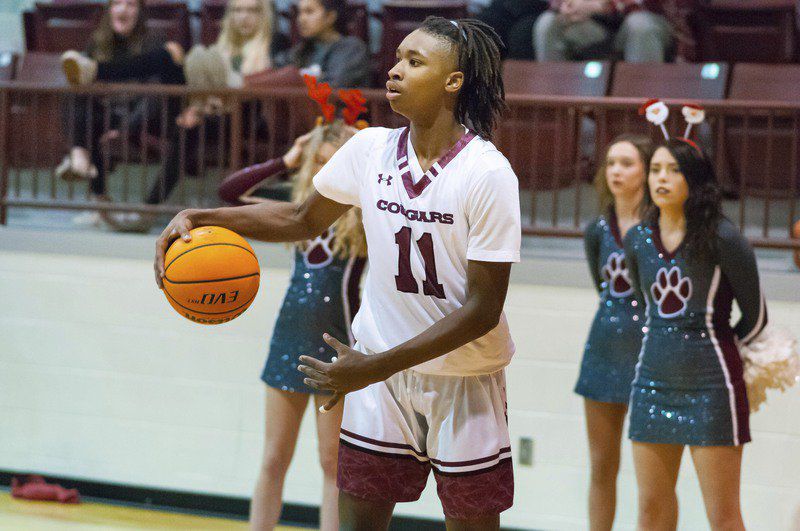 Richard R. Barron | The Ada NewsAda's Kaden Cooper scored a game-high 18 points to lead his team to a convincing 62-28 victory over Harrah Tuesday night inside the Cougar Activity Center.

David JohnsonRichard R. Barron | The Ada NewsAda's Jaxson Robinson (5) registered a double-double with 13 points and 10 rebounds in the Cougars' 62-28 win over Harrah at home Tuesday night.

Richard R. Barron | The Ada NewsAda's Kaden Cooper scored a game-high 18 points to lead his team to a convincing 62-28 victory over Harrah Tuesday night inside the Cougar Activity Center.

Cooper scored a game-high 18 points to help his team trounce the Panthers 62-28 inside the Cougar Activity Center.

Cooper finished 8-of-11 from the field and also had five rebounds, three steals, three blocked shots and three monster dunks.

"He has the ability to affect the game in so many areas. His ceiling is really high. He's only going to continue getting better," said Ada boys coach Garland Parks.

The Cougars also did it with defense, limited a scrappy Harrah club to just three first-half field goals in building a 30-6 halftime lead.

Ada started the game on a pivotal 19-2 run capped when freshman Wyatt Brown scored the first bucket of the second quarter.

Cooper brought the first half to an emphatic close when he drove through the middle of the Harrah defense to slam the ball hope as time was running out.

He scored six consecutive points early in the third quarter. Cooper stared with a pair of free throws, had an amazing one-handed dunk after driving to the basket along the baseline and hit a floater in the lane that pushed the AHS advantage to 38-6 at the 5:49 mark of the frame.

At that point, it was game over.

Trey Havens drained 4-of-6 3-point shots and scored 14 points for the Cougars.

Jaxson Robinson scored 13 points for the home team on 6-of-8 shooting from the field and chased down 10 rebounds to go with a pair of blocks.

The Panthers got 11 points and six rebounds from Matt Gentry and eight points, including a pair of 3-pointers, from Cooper Kinsey.

Parks was excited to get his team nearly back to full strength. Junior starter David Johnson sat out with an illness.

"That's key. At the end of the season, you're hoping you're peaking at the right time. We've had some injuries so it was really good to get them back on the floor," he said. "Hopefully we can get them a couple of games under their belt before that first playoff game."