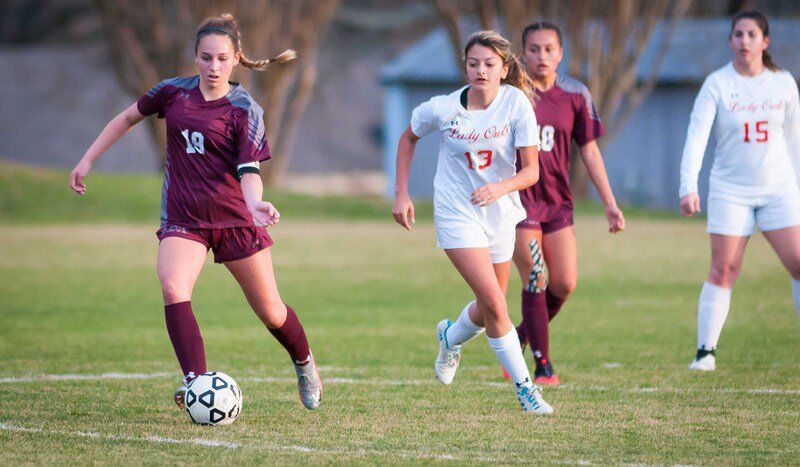 Ada junior Maryanne Criswell (19) pushes the ball up the field in action earlier this spring. The Lady Cougars defeated Bristow 4-1 Monday night and travel to Cleveland on Friday. 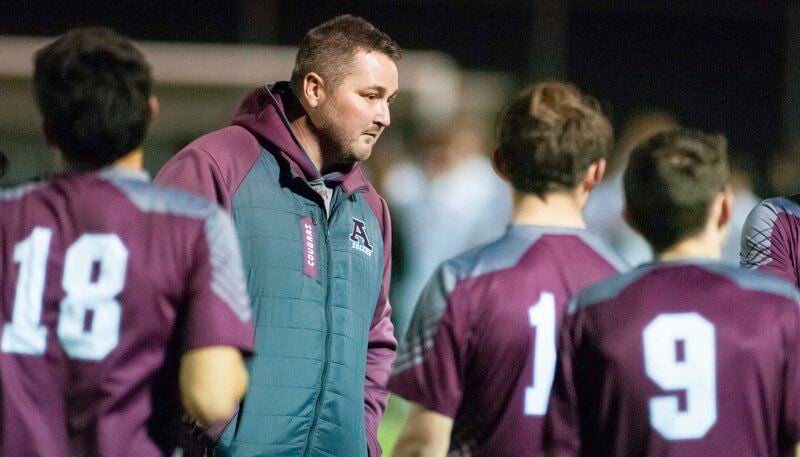 Ada junior Maryanne Criswell (19) pushes the ball up the field in action earlier this spring. The Lady Cougars defeated Bristow 4-1 Monday night and travel to Cleveland on Friday.

The Ada High boys soccer team couldn’t have been more ready to get back to action Monday night when district foe Bristow came to town.

The Cougars were coming off a humbling 7-1 loss to Madill on March 30.

“The boys had a big loss against Madill last Tuesday night. We had five very challenging practices since that last game where we tested them and they responded the correct way,” said Ada head coach Cole Jones.

Taylor Byrd and Salvador Vallin each scored a pair of goals for Ada and Philip Jones added another on a long free kick.

“Bristow was very big and physical, but I feel like we took advantage of our speed and quickness along with some of our passes and movement are starting to click to get by them,” Jones said.

Jones said it was a solid team effort.

Ada travels to Cleveland Friday for another district battle, The Tigers are 3-1 overall and 3-1 in the district.

McKayla Rios scored Ada’s first goal of the game off a cross sent in by Arianna Solorio in the first eight minutes of the contest to put Ada ahead 1-0. It was the lone goal of the first half.

“We possessed the ball for the majority of the half and had several more shots on goal,” said Ada head coach Hannah McCullough.

Long scored off an assist by Solorio just three minutes into the second half to put the home team on top 2-0.

After Bristow had cut the Ada led in half around 32 minutes into the second period, Long and Criswell hit their penalty kicks to put the game away.

“Our offense has been something that we have struggled with, and I had several players step up and create offensive opportunities during the game,” McCullough said. “Izzy McGinley played lights out up top next to Angie Long. Rios and Solorio both played very well in the midfield as well.”

The Ada girls also travel to Cleveland on Friday. The Lady Tigers are 1-2 overall and 1-2 in the district.

Ada was coming off a 2-0 road win over Cushing. Freshman Kenzie Hooser scored Ada’s first goal off the bench and Konner Bickerstaff found the net from just outside the 18.

“We had several shots on goal, but Cushing’s low-playing defense made it hard to finish in the final third of the field,” McCullough said.