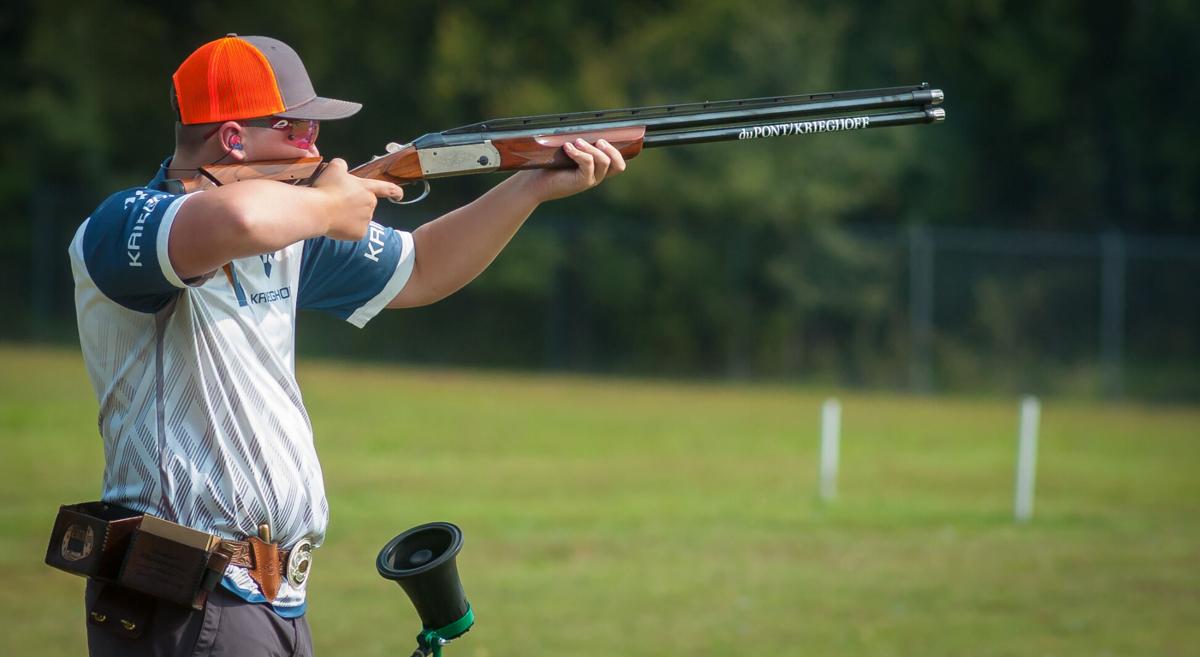 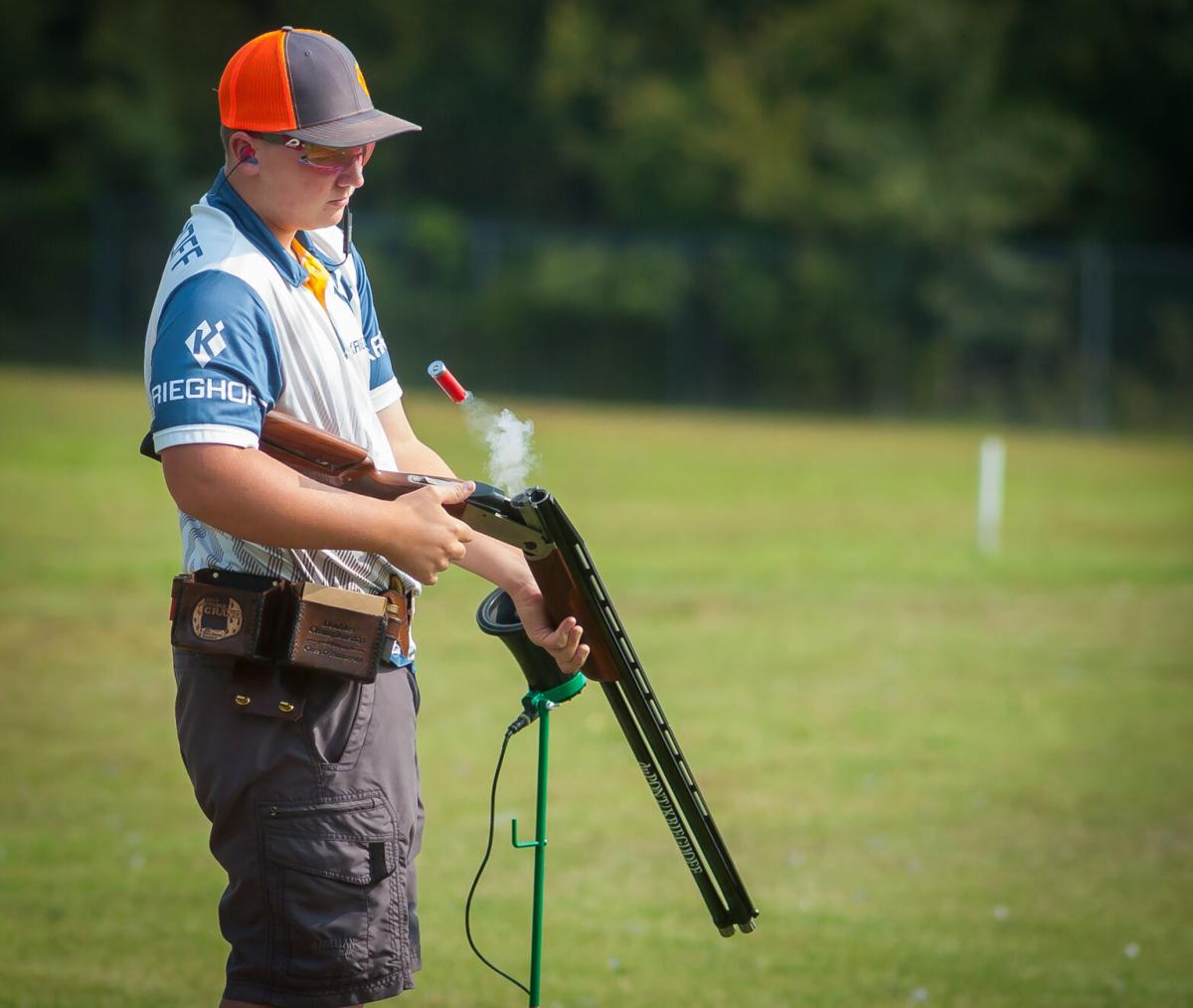 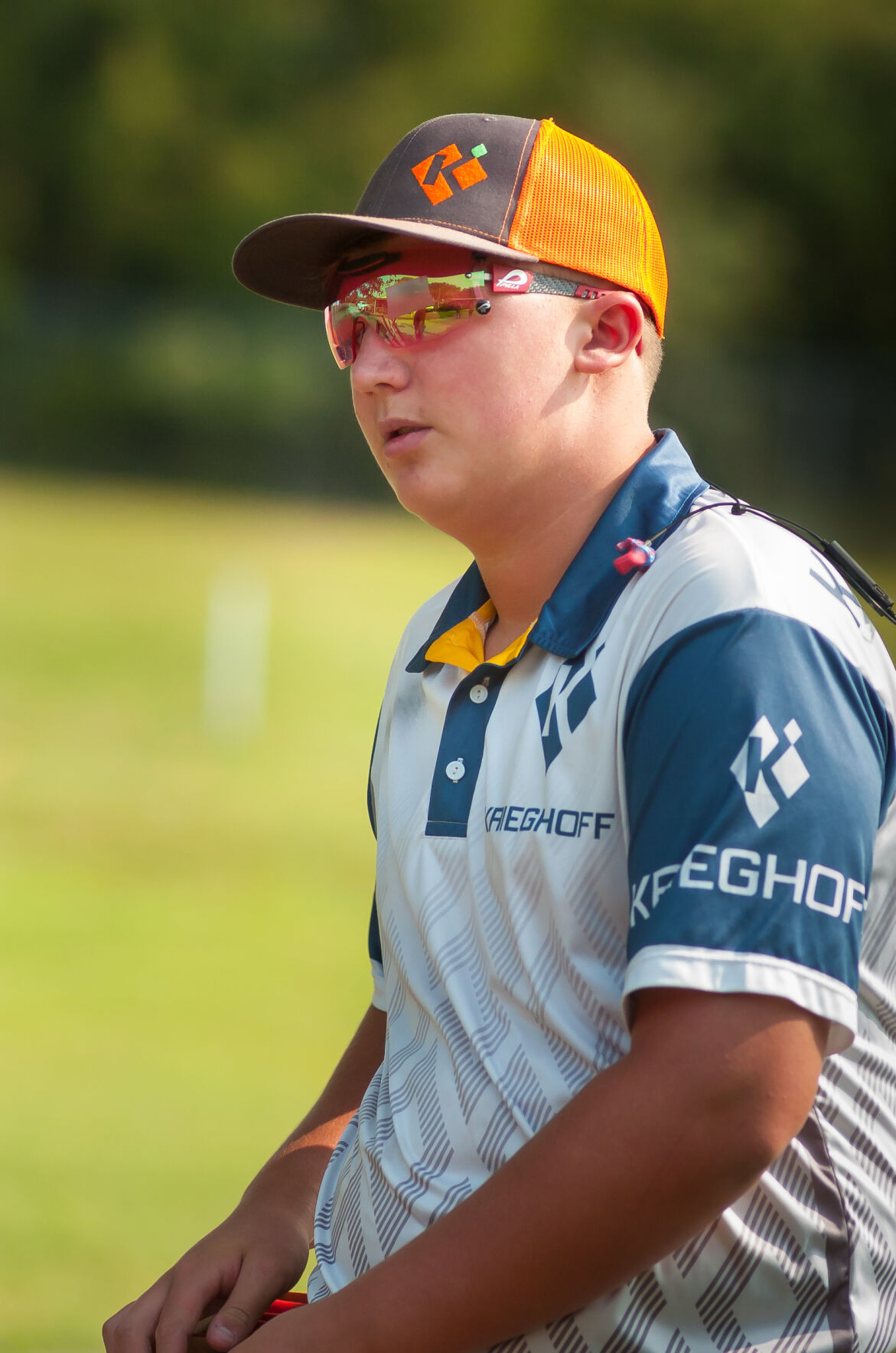 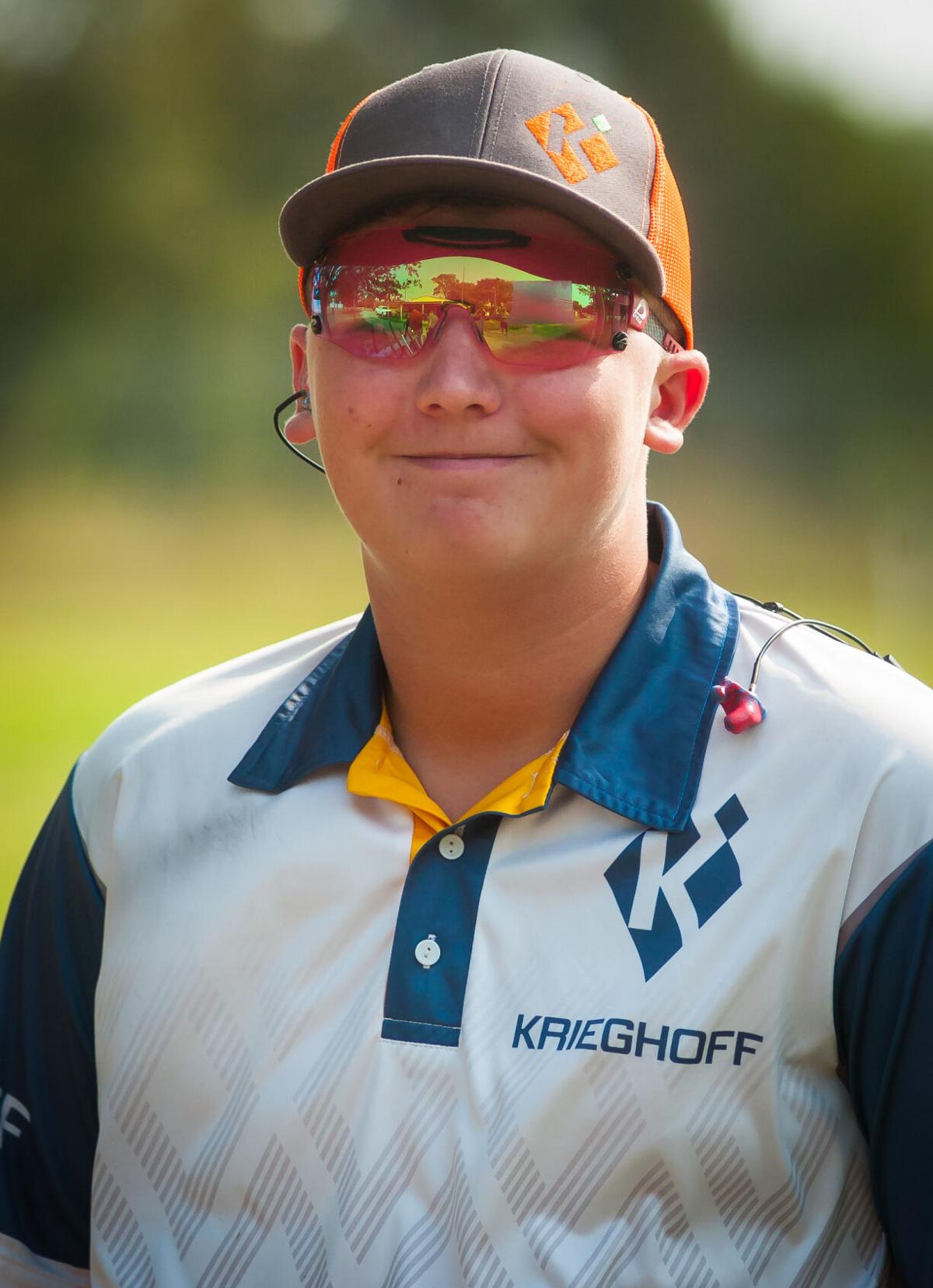 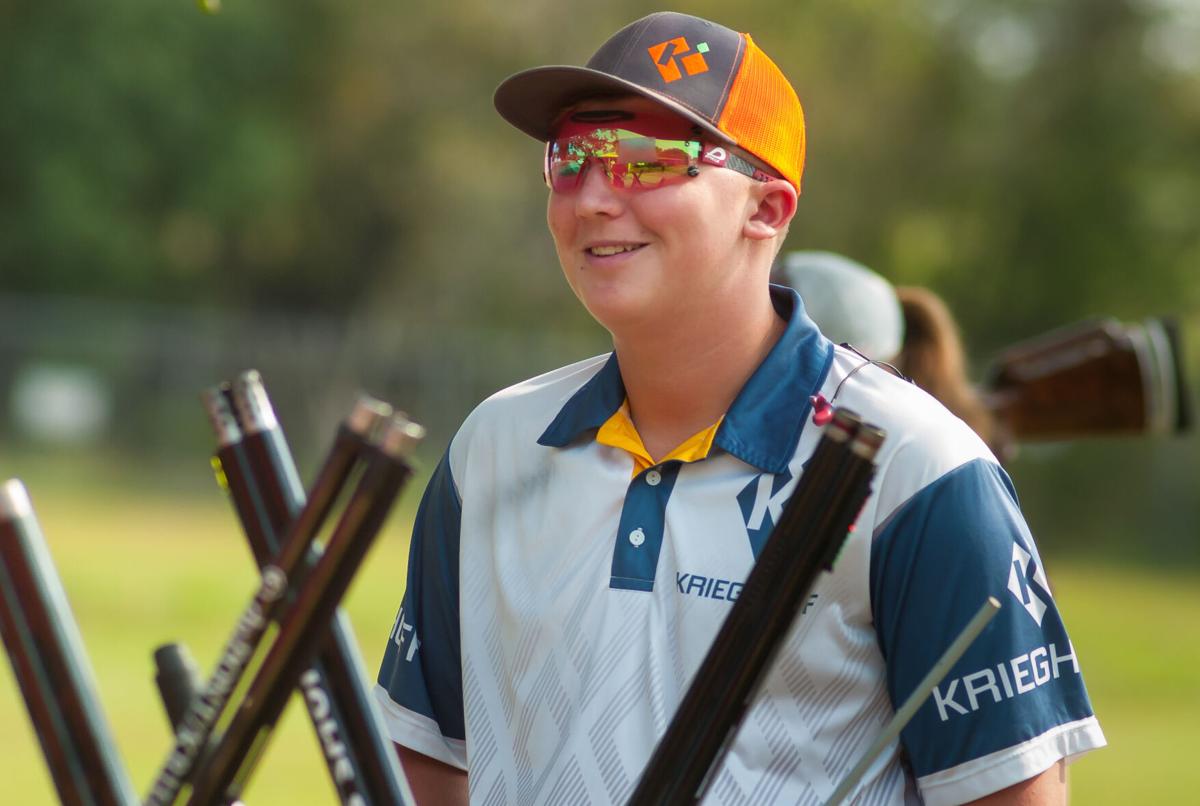 “Pull!” he calls, and a clay pigeon is dispatched into the air, where, after a fraction of a second, pellets from Sliger’s shotgun will break it into pieces.

Such is the Saturday routine for the 14-year-old from Kingston, who calls the Ada Skeet and Trap Club his home field.

Sliger is a trap shooter who competes in three disciplines: singles, handicap, and doubles. Sliger has shot against competitors all across the United States and Canada.

Some highlights for the year for Sliger include reaching the 27 yard line in handicap category, winning 10 trophies in the largest shoot of the year, The Grand American, and shooting 394 out of 400 singles targets at The Grand American.

Sliger says the biggest highlight of all was making First Team All American in the sub junior category and being ranked #7 in the United States out of thousands in the same age bracket.

Sligers parents are Jay and Jenni Sliger of Kingston. His grandparents: Eddy and Vicki Fuller, formerly of Ada, and Hal Sliger, Byng. Other relatives of Sliger are his aunt and uncle, Dr. Phillip Fuller and T.K. Fuller of Ada, and cousins Kale and Kolten Fuller.

“I’m so appreciative of everything my family has done to allow me the opportunity to go on this journey,” Sliger said. “Being able to travel the U.S. and shoot with some of the most talented in the world has been an incredible experience. Looking forward to this next year and continuing to achieve the goals I have set for myself.”

“The life lessons our son has learned from this sport throughout this year are hard work, mental toughness, endurance, respect of individuals of all ages and all abilities and how to adapt to ever changing conditions,” father Jay Sliger said. “We are incredibly proud of the accomplishments he has achieved this year and have enjoyed watching the growth he has experienced. Thank you to everyone that has encouraged and supported him along the way.”

“I would like to promote and encourage people to give shooting sports a try,” Sliger added. “People of all ages and abilities can participate. There are college scholarship opportunities with more and more colleges even in Oklahoma opening up new programs.”