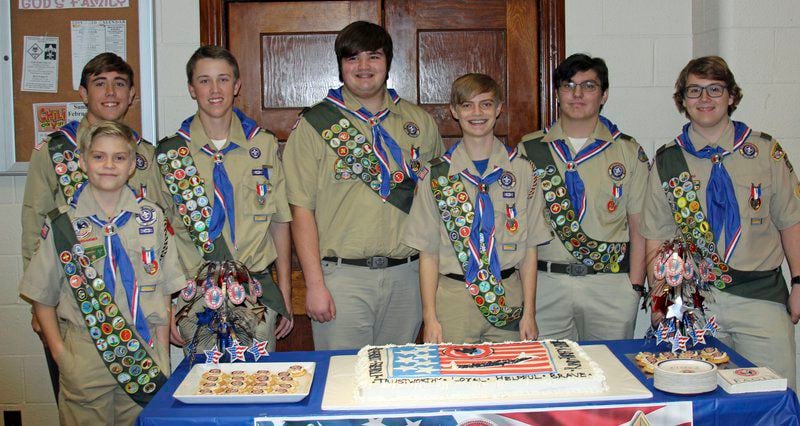 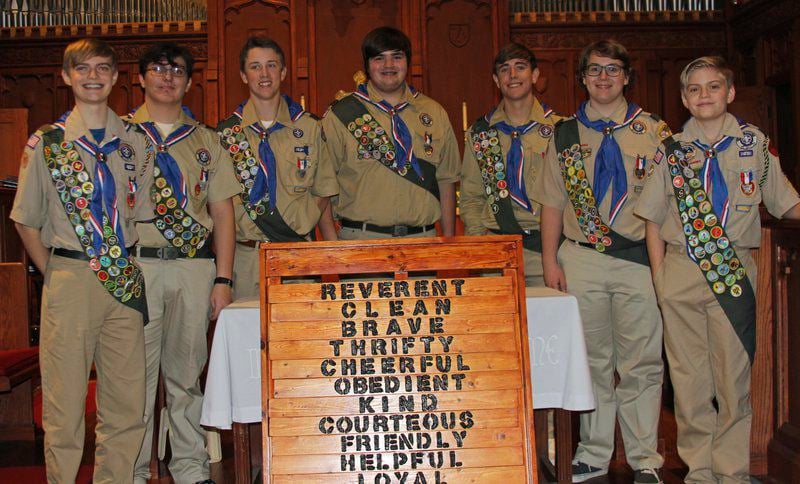 With much fanfare, amid the smiling faces of family and friends, Boy Scout Troop 13 recently awarded the prestigious rank of Eagle Scout to seven members.

The rank was recently presented during a ceremony at First United Methodist Church. The church has been an instrumental part of Scouting, and a home to Ada-area Scouts for at least the last 100 years. During the ceremony, Ada Mayor Tre Landrum officially proclaimed Feb. 1, 2020, to be "Troop 13 Eagle Scout Day" in the city of Ada. The Scouts also received proclamations from state Rep. Ronny Johns and state Sen. Greg McCortney.