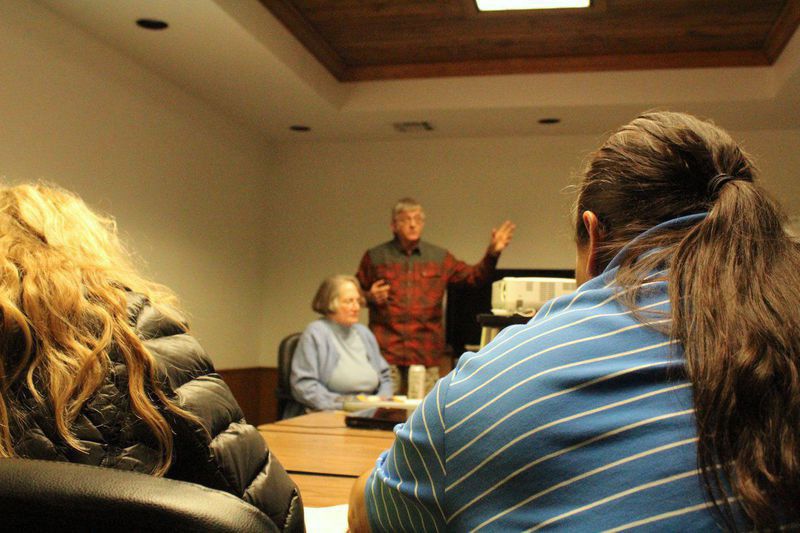 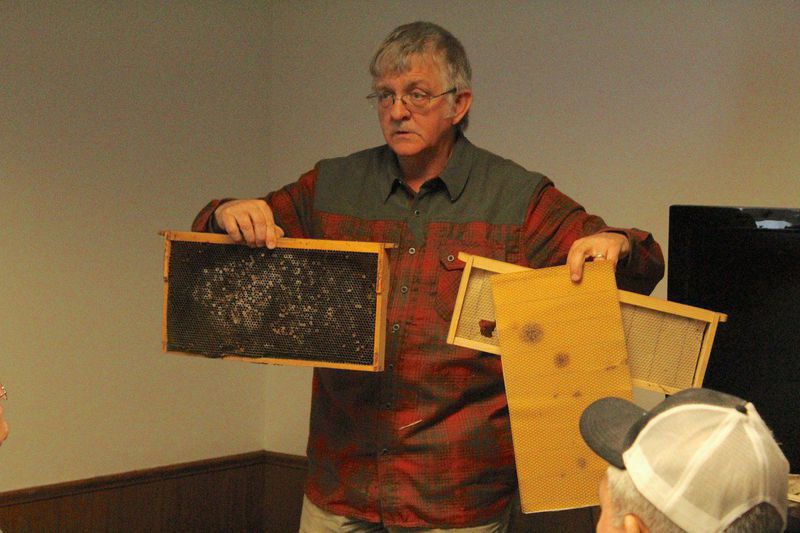 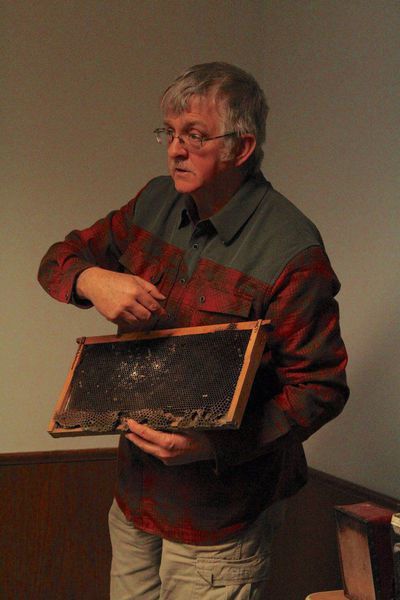 Instructor for the beekeeping class, George McLaughlin Jr., said it’s a good course for anyone interested in stowing bees.

“If you want to help your environment, learn a lot about biology, and if you like honey, especially, this is a good class for you,” McLaughlin said. “If your only interest is in honey, though, it’ll be easier to buy it. You better have an interest in bees, too, because if you like the critters - animals - you’ll have a good time.”

It’s widely believed amongst “apiarists” — beekeepers — that the process of keeping bees is a relatively difficult one.

McLaughlin has been working with bees since he was a teenager, and he insists that having someone to help along the way is paramount in the practice.

“Beekeeping is very complex,” he said. “I’ve never, ever met anyone in all my life who became successful in beekeeping without a mentor. You can read all the books and watch all the videos you want, but you’ll never make it without a mentor.”

While however difficult beekeeping might be, the endgame is worth it, McLaughlin said.

“It’s almost a relationship, in a sense, with the species,” he said. “If you enjoy that, it’s worth it. I don’t know anything that I do that relaxes me more than to go out on a warm day and open the hive and work with them.”

The course’s intent is for beekeeping beginners and will teach newbies about everything required when establishing a new hive — where to find bees and equipment, and the many facets of starting the process.

“Beekeeping is such that you can get into it quickly and you can learn the basics rather rapidly,” McLaughlin said. “Everyone in this class should be able to work a hive by the time we’re finished and you should be able to do the basics. You should actually have success.”

Beekeeping can be time-consuming when first starting up a hive, but once it’s put in place, it doesn’t require everyday upkeep.

“Some people get too excited after they first start keeping bees, and they want to go out and check it every day,” McLaughlin said. “This can actually disturb the bees, and if they’re bothered too much, they’ll simply move on.”

McLaughlin said 10 days to two weeks is adequate time between visits to a hive after building a new one.

Different factors throughout keeping season can cause disruption to a hive and the bees working in it, making it a continuous problem-solving activity.

“Every time you work bees, something will come up that throws you off,” McLaughlin said. “Whenever you think you’ve got them figured out, the bees will zig when you’re zagging. But I have solutions.”

Not only can beekeeping take up a large portion of your time, but it also will run you a fare amount of money, with the price of hives and bees at upward of $150 each, depending the on the equipment and types of bees. The gains that come with beekeeping involve more than just honey, though.

“If all you were doing is beekeeping, you could investigate the market for pollen, for propolis, for pollination,” McLaughlin said. “You can do a lot more. It just depends on how much you want to put into it.”

The possibility of getting stung once or twice is very real, but that shouldn’t deter people from venturing into a new hobby.

McLaughlin said not as many people are allergic as one would think, and having an allergic reaction shouldn’t discourage anyone from starting his or her own hive.