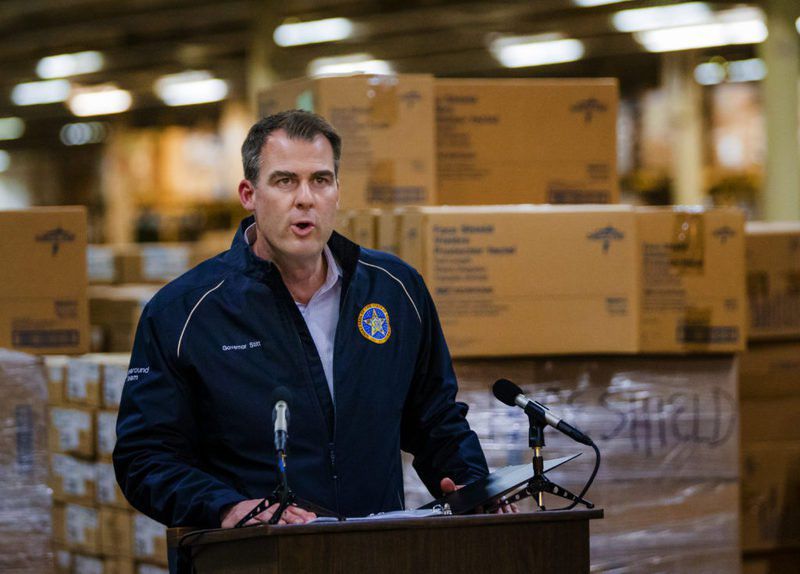 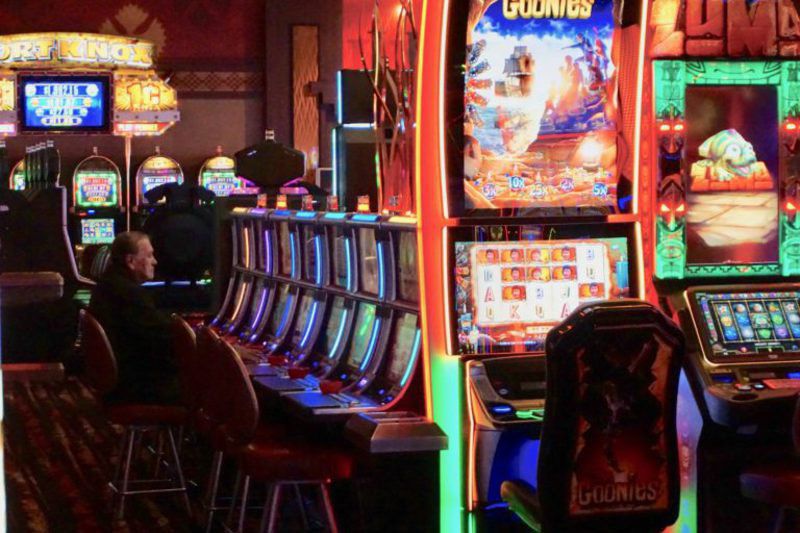 A lone gambler inside the Gold River Casino north of Anadarko. 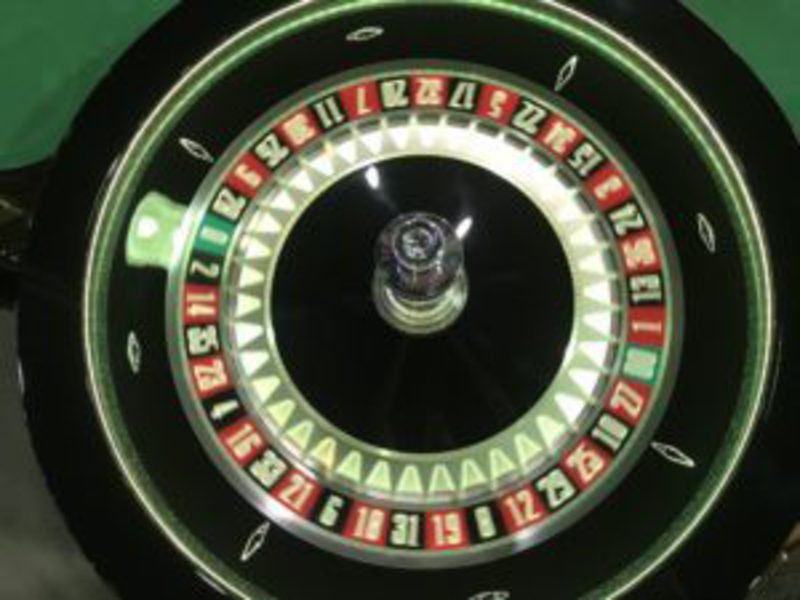 A lone gambler inside the Gold River Casino north of Anadarko.

New state gaming compacts with two tribal nations highlight the two ways Gov. Kevin Stitt would like to change future compacts – that gambling expands through new casinos and new forms, such as sports betting, and that fees paid to the state be based on geography, rather than a flat statewide rate.

While Stitt has argued tribes should pay higher fees to the state, he announced new compacts last month with the Otoe-Missouria and Comanche nations with lower rates on current operations.

The state could see increased revenue if the tribes build new casinos and launch sports betting operations as allowed in the new compacts.

But lower rates would not be part of new compacts with tribes operating casinos on more desirable real estate, such as those closer to urban centers and along highways out of Texas, according to people familiar with negotiations.

The ten tribes currently suing Stitt in federal court believe their 15-year-old compact, which includes the same rate fee for all tribal casinos, is still valid.

Stitt believes it expired at the start of the year.

A court-ordered mediation is underway but there have been no signs that the state’s largest gaming tribes are willing to budge from their position and sign a new deal.

The result of the lawsuit could swing the upper hand on negotiations heavily to one side; either to the tribes who can maintain their current rate structure, or to Stitt, forcing the renegotiated compacts he desires.

Made up of diverse cultures and histories, Oklahoma’s tribes have mostly presented a united front towards the governor’s office, and even the Otoe-Missouria and Comanche tribes still disagree with Stitt’s interpretation of the original compact.

But the tribes have, at times, been fierce competitors in the gaming market, including the Comanche who sued the Chickasaw Nation over a new casino built 45 miles from a Comanche casino and closer to the Texas border.

The big three tribes who led the lawsuit against Stitt – the Cherokee, Choctaw and Chickasaw nations – account for well over half of all gaming business in the state and the Stitt administration has long believed that smaller tribes have not always been happy with the big three’s outsized power, which includes casino financing and ownership of games.

Included in the Comanche Nation’s new compact is the ability to build new casinos in Chickasaw territory, possibly a divide-and-conquer approach for Stitt who is working to solidify support among smaller tribes.

But any new casino built by the Otoe-Missouria and Comanche in new territory identified by the compact will first require approval from the Bureau of Indian Affairs, a process some see as a longshot. And Oklahoma Attorney General Mike Hunter has said the two new tribal gaming compacts were “not authorized” by state law.

After tribal nations lost millions of acres through allotment, a federal policy designed to break up Indian lands for settlement, congress later allowed tribes to regain control of some land by purchasing it back and requesting that the federal government put it into a trust.

When a tribe asks the federal government to put land into a trust that is within their territorial boundaries they have a better chance of getting approved, although the process is different depending on whether a tribe wants to use it for a clinic or government office compared to a casino, said Stacy Leeds, a professor of law at the University of Arkansas School of Law who teaches American Indian law and property.

But the new compacts give the Otoe-Missouria and Comanche a chance to seek land for gaming outside their boundaries.

“If a tribe is asking to put a piece of land and it is outside the exterior boundaries of their territory then the process will have much higher scrutiny,”Leeds said . “That’s not to say that the secretary on the interior would never do it, but it is that much harder in theory.”

Then there is the matter of sports betting, which the tribes suing Stitt claim is not an industry the governor can approve on his own.

Even the leaders of the House and Senate, who receive thousands of dollars in campaign contributions from the biggest tribes, said sports betting requires approval by the state Legislature.

“The Legislature is interested in gaming agreements that truly unite the State of Oklahoma with all tribal nations,” House Speaker Charles McCall and Senate Pro Tem Greg Treat, both Republicans, said in a joint statement. “Sadly, the documents signed (between Stitt and the Otoe-Missouria and Comanche nations) are legally flawed and sow more division than unity.”

The biggest tribes hold sway at the state Capitol and some believe any sports betting bill taken up by the state Legislature will be to the liking of the Cherokee, Choctaw and Chickasaw nations.

“There was not much daylight between the compacts coming out and the Legislature saying we are not going along with this,” said Christine Pappas, chair of the department of politics, law and society at East Central Oklahoma University.

“That tells me approval of sports betting will be in a way that the tribes want it to be.”

When the compact dispute first emerged last year it quickly became a dominant political storyline in the state, pitting the powerful and often popular tribes, especially in rural communities dependent on their investment, against a new governor who said his experience as a CEO helped him spot a bad deal for the state.

But the spotlight dimmed as the issue entered federal court and even further as a global pandemic swept into Oklahoma, resulting in a shattered economy hurting both the tribes and the state.

Oklahoma’s tribal casinos may have lost close to $200 million in potential revenue since closing in early March in response to the COVID-19 pandemic, based on monthly revenue estimates compared with last fiscal year’s totals. Many casinos are not expected to reopen for at least a few more weeks.

Stitt is facing an estimated $1.4 billion budget shortfall in the coming years and an expansion of gaming fees paid to the state is one of the only sources of new revenue the anti-tax governor might have at his disposal.

“If they are playing a game of chicken of who can last longer then I think on principle the tribes can last longer because this is more than about revenue, it’s also about sovereignty,” Pappas said.

For the two tribes that signed new compacts with the state the declining economy was a motivation for structuring a new deal.

“Both of these tribes are hurting, they are already needy tribes that have significant unmet government expenses,” said Rob Rosette, an attorney with Rosette, LLP, who represented the Otoe-Missouria and Comanche in their recent compact negotiations with Stitt.

“This new compact will provide badly needed money to those tribal government coffers. This was a business decision.”

Fee payments for current Otoe-Missouria and Comanche gaming operations will decrease by 25 percent under the new compact, Rosette said, and new casinos and sports betting would create new revenue sources.

“There wasn’t even a balancing of pros versus cons because it is just a pure benefit with the existing properties,” Rosette said. “It could also allow them to grab back some of the market share they have lost.”

The governor is hopeful other tribes might be inclined to come to the table after seeing that type of reduced fee structure, but that would likely not be offered for operations closer to major freeways and population centers.

The governor’s office has performed a market analysis of the value some casinos have compared to others, establishing markets by population, income and geography. Stitt believes that if a casino can tap into the Texas or Kansas market, its fee should be a lot higher than a casino in a more isolated area.

“No longer are we going to have a one size fits all compact,” Stitt said after signing new compacts with the Otoe-Missouria and Comanche nations. “Other states have different compacts for different tribes and we’re going down the same path here.”