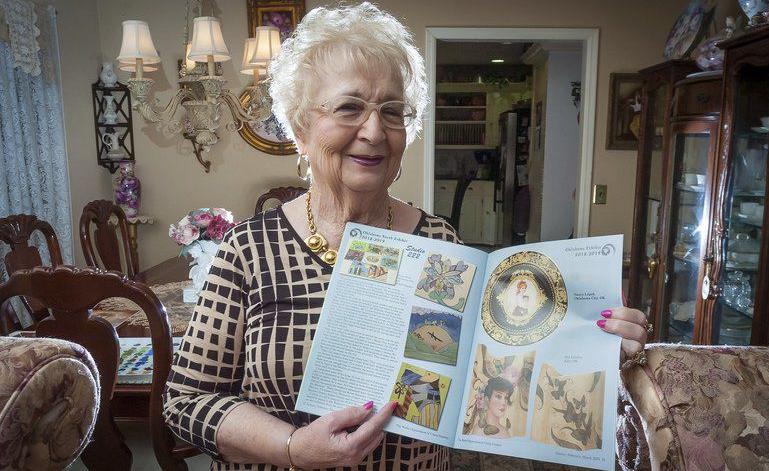 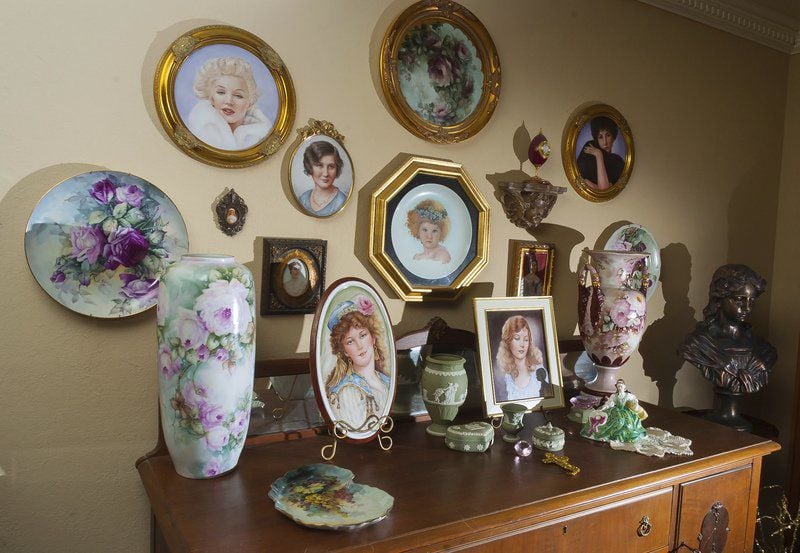 A selection of artist Pat Gurley’s china paintings hangs on a wall in her living room. Gurley is a well-known porcelain painter. 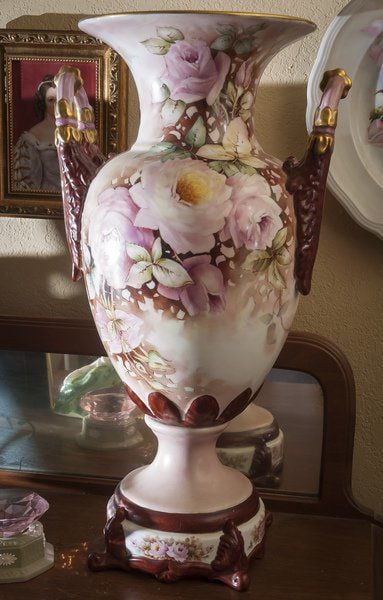 A hand-painted vase is shown Aug. 7 at Pat Gurley’s home. The Ada-based artist painted the vase. 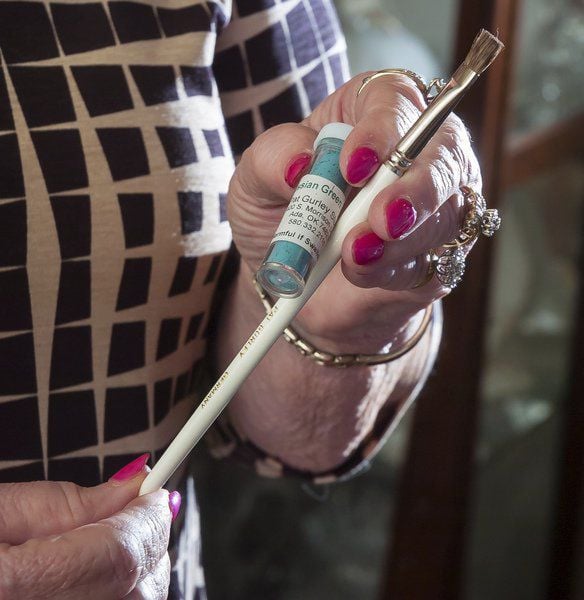 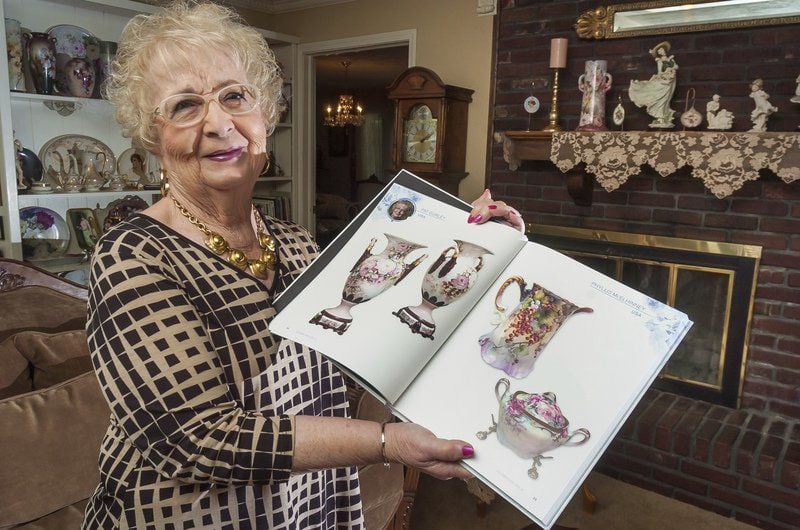 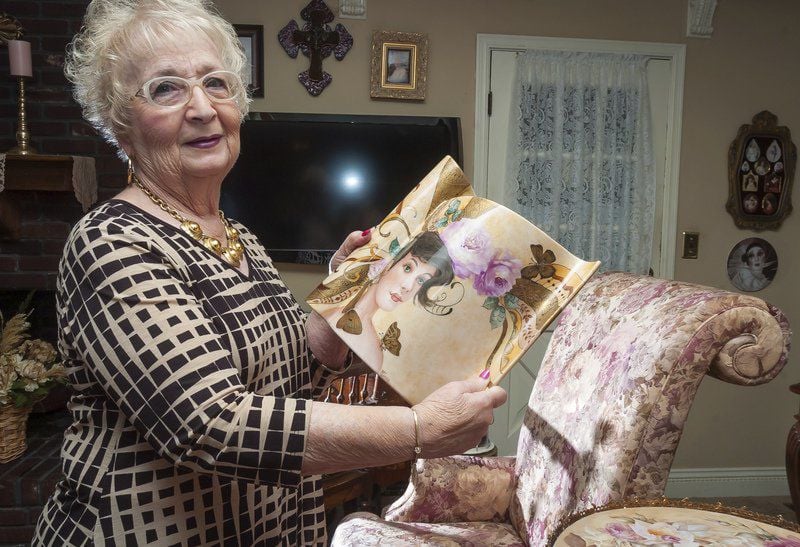 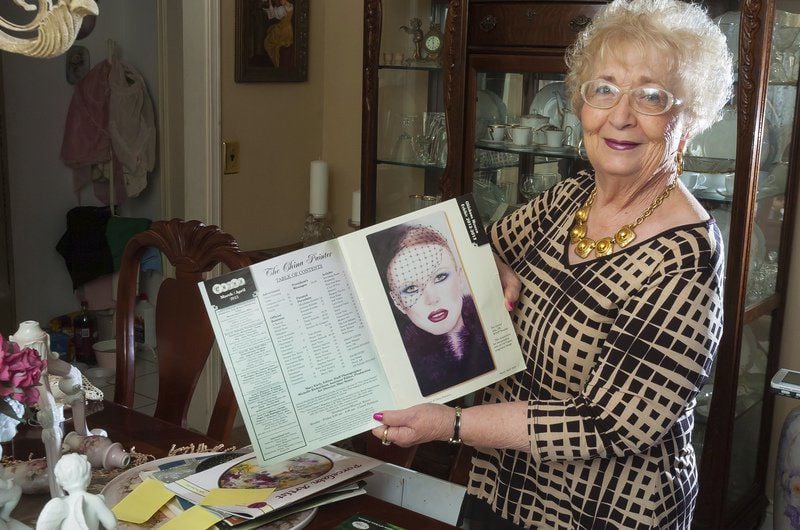 A selection of artist Pat Gurley’s china paintings hangs on a wall in her living room. Gurley is a well-known porcelain painter.

A hand-painted vase is shown Aug. 7 at Pat Gurley’s home. The Ada-based artist painted the vase.

Pat Gurley’s living room is filled with examples of her paintings on china.

Paintings of famous actresses and other women hang on the walls, and a hand-painted vase rests on top of a painted table. Nearby, another table is covered with copies of Porcelain Artist and China Painter magazines containing photos of Gurley’s work.

The Ada resident’s artwork was recently featured in a three-volume book called “Celebration,” produced by International Porcelain Artists and Teachers Inc. The book pays tribute to outstanding porcelain artists around the world and is illustrated with samples of their work.

“To me, it was the best honor I’ve ever had,” Gurley said as she leafed through the book. “I was the best artist in Oklahoma in 2013, but this one was the finest because it was the world.”

Gurley started painting with oil paints and canvas when she was 8 years old. She discovered oil painting on porcelain in 1976, when a family friend visited her husband Floyd’s business, Oklahoma Optical.

The friend was at Oklahoma Optical to get new glasses, and she started telling him about porcelain painting, Gurley said.

“He came home and said, ‘We need to start painting our own antiques,’” Gurley said. “So this lady, Ruth Canterbury — she’s been gone a long time — took me to club, and I started taking (classes).”

Gurley said she got home from the club and called Jane Marcks, an Ada woman who taught porcelain painting, so Gurley could start learning from her. Seven months later, Marcks moved to Amarillo, Texas, and talked Gurley into taking over her classes.

“That’s very unusual, to start teaching seven months after you start (learning),” Gurley said. “But I had a lot of art background — it just wasn’t this, and it’s just so different.”

When Gurley started teaching, she told her students that they would have to practice brush strokes before they could begin painting objects. The next week, she told the students to bring pictures of violets to class because she knew how to paint violets.

By the end of the year, Gurley felt confident enough to let the students paint whatever they wanted.

Gurley has been painting on china and sharing her skills with others ever since. Over the years, she has taught classes in several different states — she was even a featured artist on a cruise ship about three years ago — but now she stays closer to home and teaches a weekly portrait class to a small group of students.

Gurley said she takes a step-by-step approach to teaching and enjoys seeing her students’ work.

“I love to see when they get the finished product and they’re really happy with it,” she said.