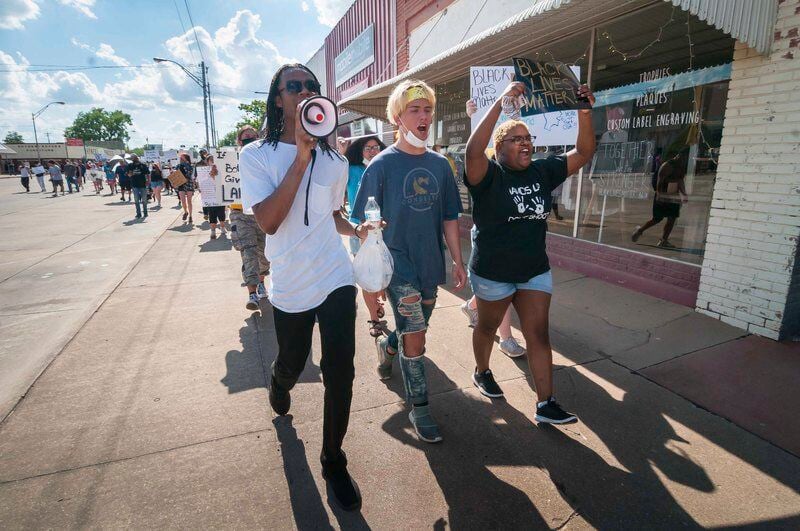 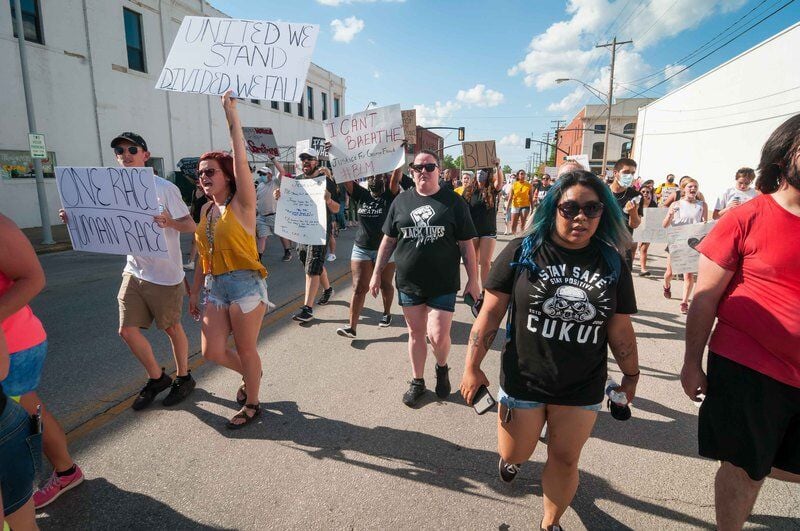 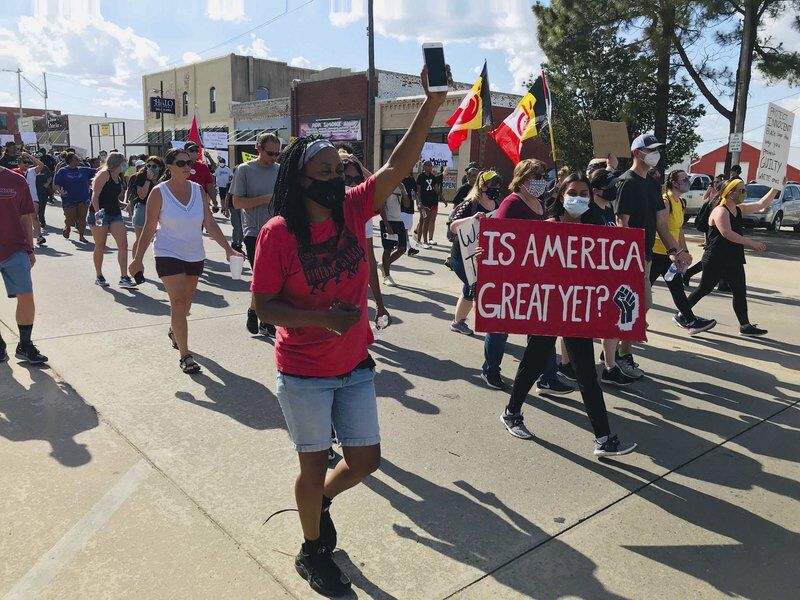 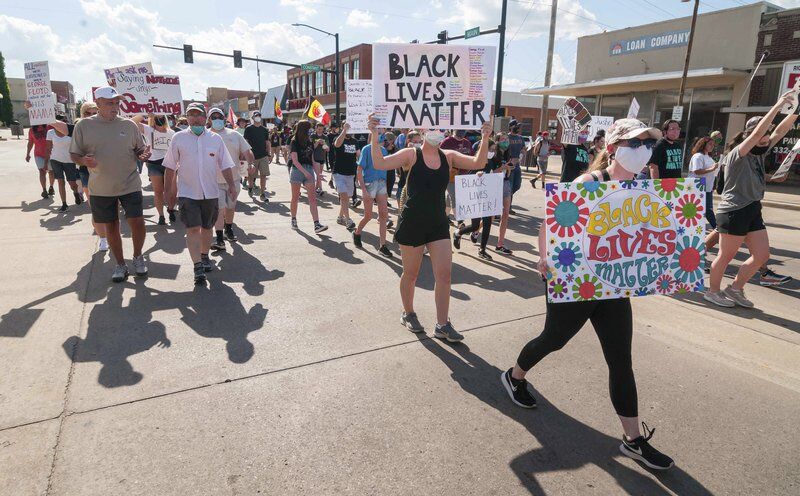 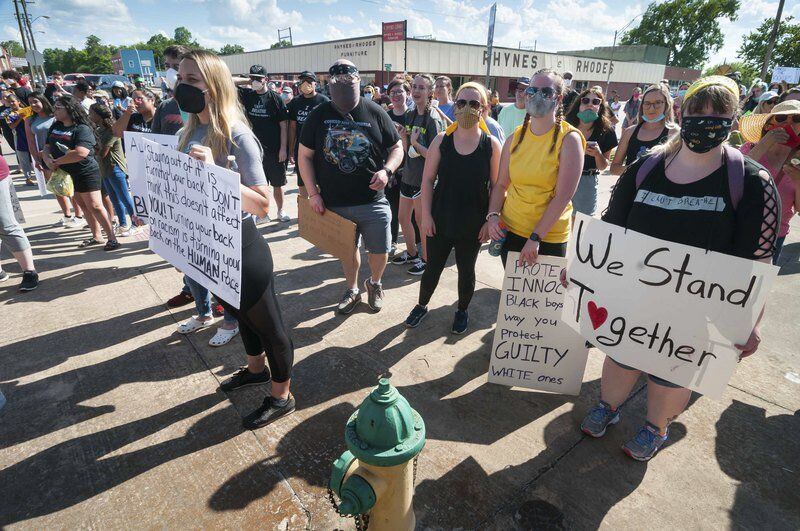 Black Lives Matter rally and march participants hold signs as they listen to organizers at the start of the Friday, June 5, 2020 event in downtown Ada. 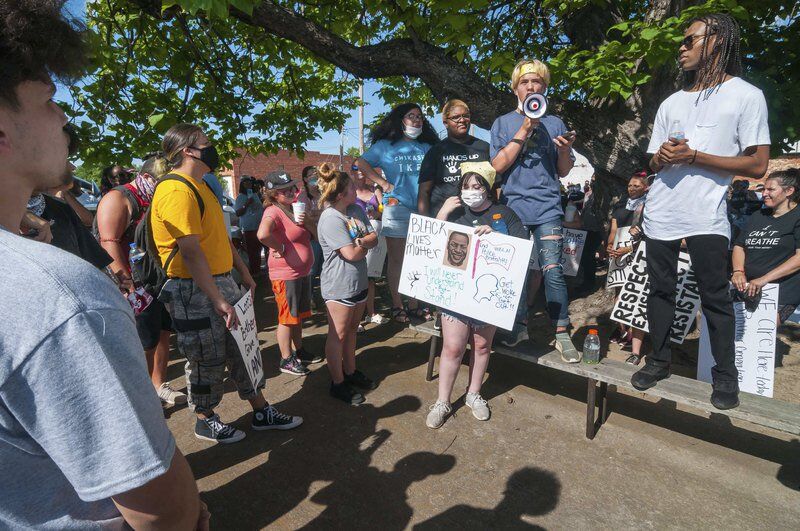 Black Lives Matter organizers Sha'von Harrison, Christian Teel, Delanie Seals, Is'Abella Miller, and Jasmine Laine use a megaphone to speak to a crowd gathered under the famous "whittling tree" at the start of the BLM march and rally Friday, June 5, 2020 in downtown Ada. 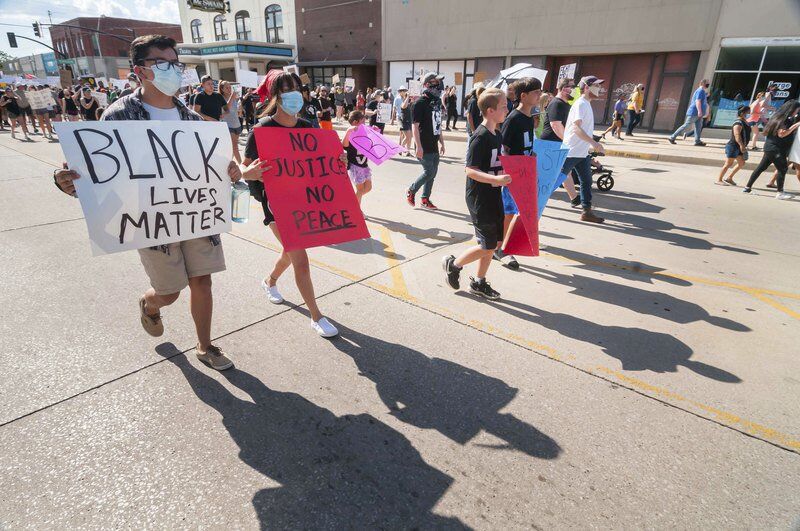 Black Lives Matter rally and march participants hold signs as they listen to organizers at the start of the Friday, June 5, 2020 event in downtown Ada.

Black Lives Matter organizers Sha'von Harrison, Christian Teel, Delanie Seals, Is'Abella Miller, and Jasmine Laine use a megaphone to speak to a crowd gathered under the famous "whittling tree" at the start of the BLM march and rally Friday, June 5, 2020 in downtown Ada.

Today is the anniversary of Ada's seminal Black Lives Matter rally and march.

As I prepared to cover this event, I had some vague ideas about how our Black Lives Matter march would play out, and felt like I was ready. In addition to my wide angle and telephoto zooms and my phone, I mounted an extra phone on the hot shoe of my wide angle camera for video, which worked pretty well.

A lot of journalists had been caught up in violence connected to those events, and my wife and a couple of coworkers were nervous about my presence, but I could already feel in the air that it was going to be a positive, peaceful, and meaningful event.

Of course, we waded through some rumors. Busses of white supremacists were supposedly on their way. A pickup full of people with guns was supposedly seen driving up and down Main Street. A sniper was supposedly spotted on a rooftop above the march. I didn't see any evidence of any of these things.

The march started at Ada's famous “whittling tree,” but as I explained this to my coworkers, they all seemed dumbfounded. Am I the “old man” who remembers stuff from back in the day? You can see the whittling tree in the early parts of the video I shot that day.

It was very hot and humid out. I wore shorts and my “The Ada News” shirt with “PRESS” on the back. As I worked, I would stop and make photos and video, then, because the march was moving at a fair pace, I would run a block and a half to catch up and get in front of it, and do the whole thing all over again. Despite the heat and being loaded with gear, including wearing a Rona mask, I was very pleased with how easy it was, and how quickly my heart rate went back to normal. I was 56 that day, so this is significant.

How I felt once it got going really took me by surprise: at one point during the march, with hundreds of human voices, many my friends, crying out in unison for justice, I felt like I was going to break down and cry. I had to take several long, deep breaths just to keep myself in the game.

It was also a moment of self-doubt: am I getting too old, too emotional, too vulnerable to do the job of news photographer? As journalists, we strive to be both connected to the events we cover, yet remain able to step back and see the situation from as many points of view as we can.

In the end, I found the experience to be one of the most moving and significant I have ever covered.