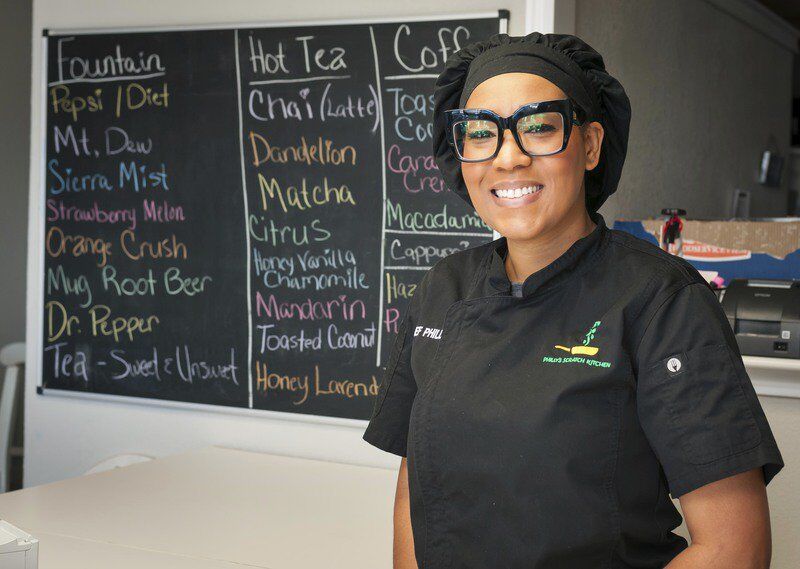 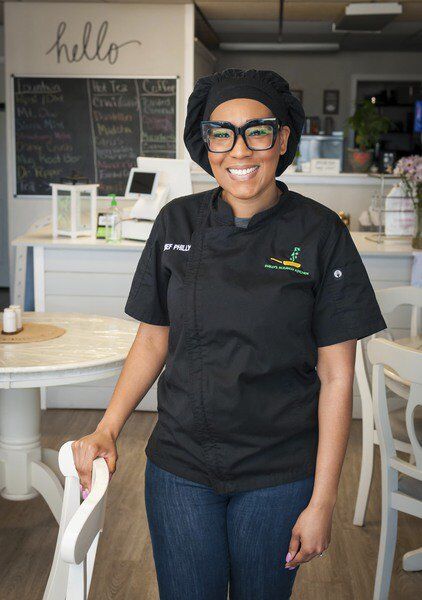 Phyllis Gore poses in the dining area of her restaurant, Philly's Scratch Kitchen, Tuesday on East 12th Street in Ada. 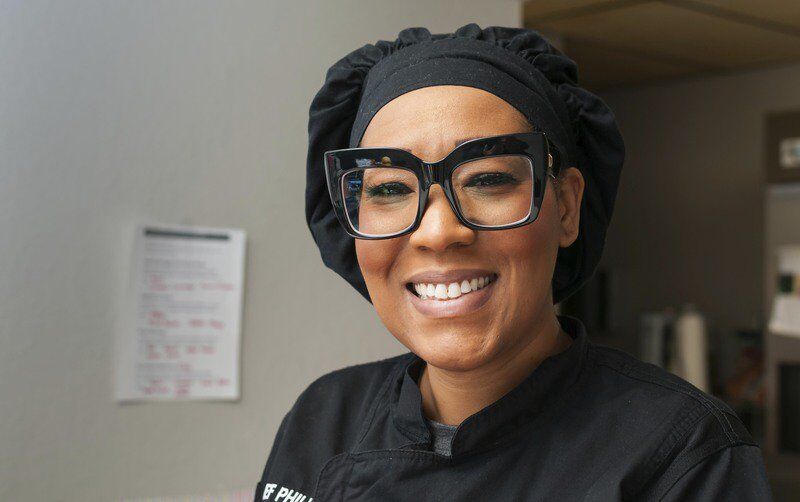 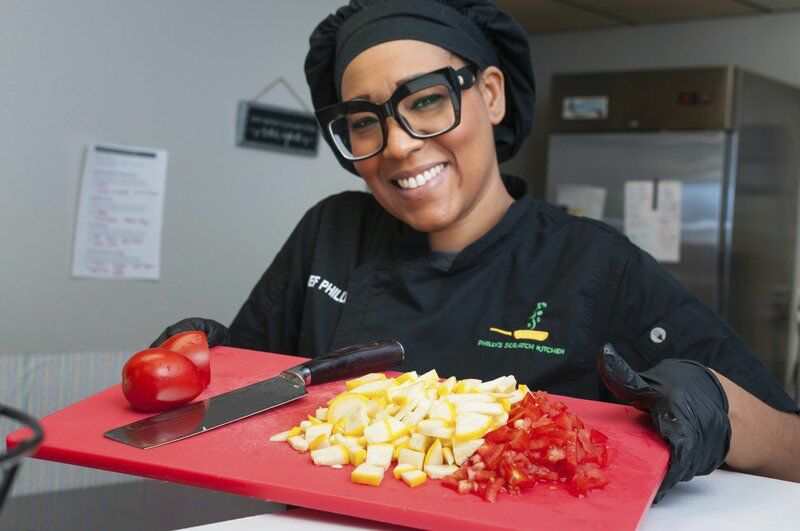 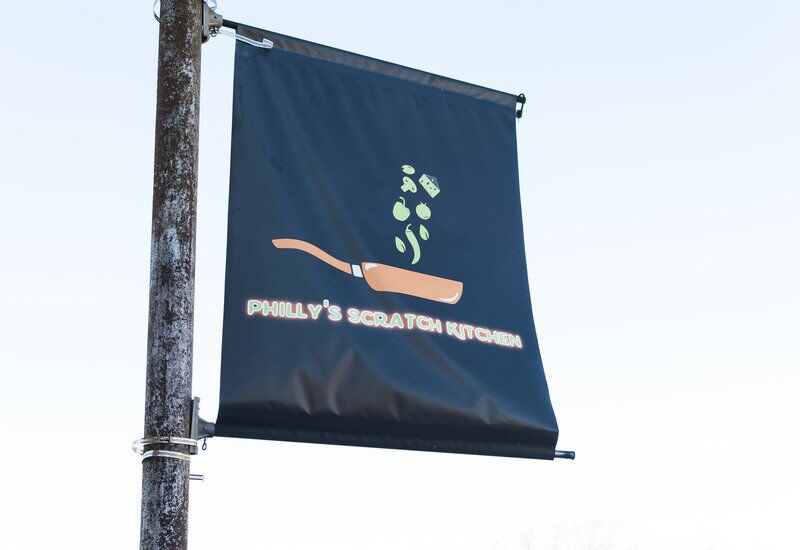 Phyllis Gore poses in the dining area of her restaurant, Philly's Scratch Kitchen, Tuesday on East 12th Street in Ada.

Phyllis Gore flashes a huge, proud smile when she talks about her restaurant, Philly's Scratch Kitchen.

"Everybody calls me Philly," she explains. "Growing up, I didn't like 'Phyllis,'" Gore says, laughing aloud.

Gore says the restaurant is her baby.

Gore was in the military for nine years, and spent three years in law enforcement.

"Being in the military and doing a lot of police work and criminal justice work, I never really got to take a break and just do what I love," she said. "So I moved back to Ada two years ago, and I decided that I just wanted to cook. I started out trying to get a food truck."

Gore said her searched ended when she spotted a small kitchen for sale in the 400 block of East 12th Street.

"The minute I walked in, I said, 'This is the perfect spot to get started,'" Gore said.

Gore says she didn't know what kind of food she wanted to cook.

"I just wanted to showcase everything that I could do," she said, "so that's why we don't really have a set menu. We kind of just go with the weather, and how we feel that day. I like to do a lot of farm-to-table concepts, in the summer especially, with the Farmer's Market. I like to use local produce, anything as fresh as possible. That's how I cook here."

Gore says even when she orders from her vendors, she tries to get fresh food instead of frozen.

"We offer a lot of vegan concepts, a lot of vegetarian concepts, to provide options for everybody in town, for people who are wanting to eat differently," Gore added. "I see Ada as a kind of food desert in a sense. A lot of ethnic groups aren't represented. We don't have Korean food. We don't have Thai food. We don't have Soul Food. So those are the types of foods that I strive to have on my menu every day. I try to put diversity into each menu. I'm trying to do something different than anyone else is around town, just because I want to represent those other food groups.

A daily menu for Gore's restaurant is available at https://www.phillysscratchkitchen.com/ and via Facebook.

"I think of Black History Month as just being a time of reflection for us," Gore said. "We get to see the legacy of those who've gone before us, the knowledge that they left, the information that they left for the next generation of us to learn from."

Gore says she doesn't like to dwell on the negative aspects of Black History Month.

"I try to look at it with a more positive approach, to know that there is so much wealth and knowledge out there that we can tap into," Gore said.

"I'm really happy that Ada is receptive to my style of cooking," Gore said. "I've been so thankful to the community for being open to us."