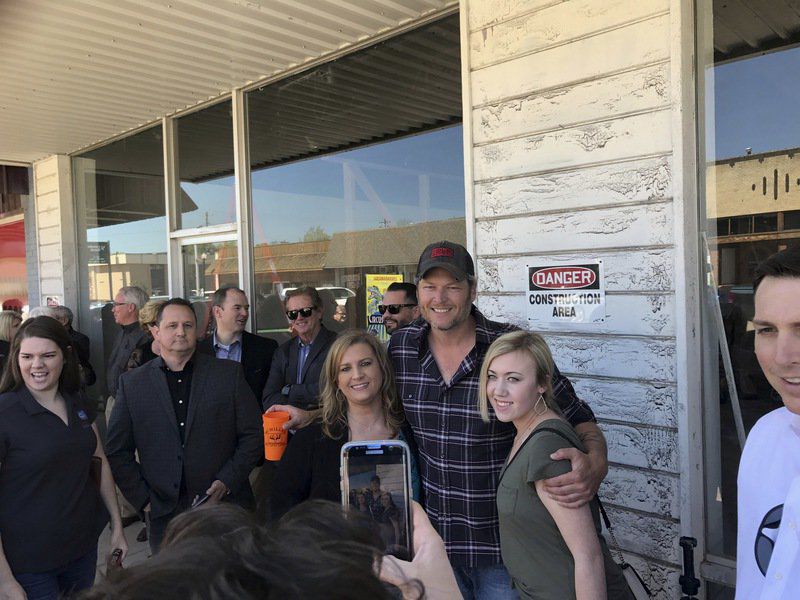 Glenn Puit/The Ada NewsBlake Shelton was in Tishomingo Monday to announce the launch of a new bar/restaurant called Ole Red. 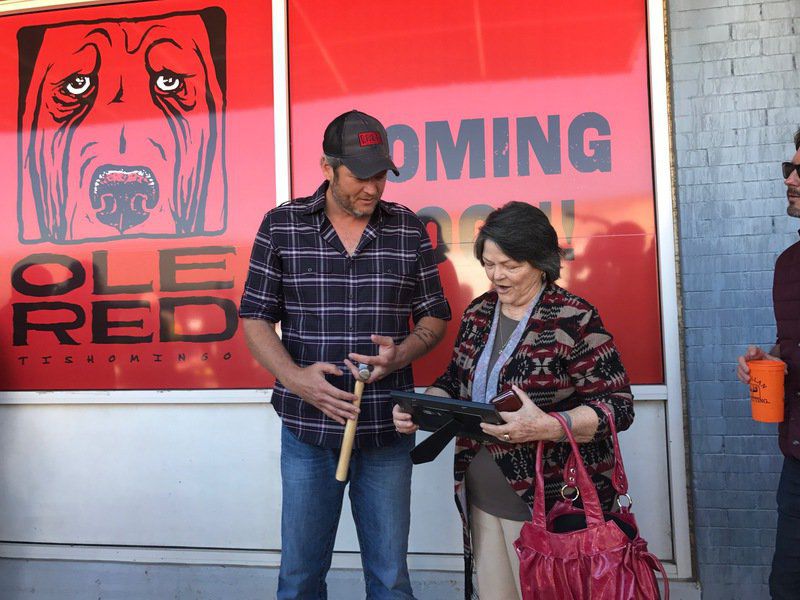 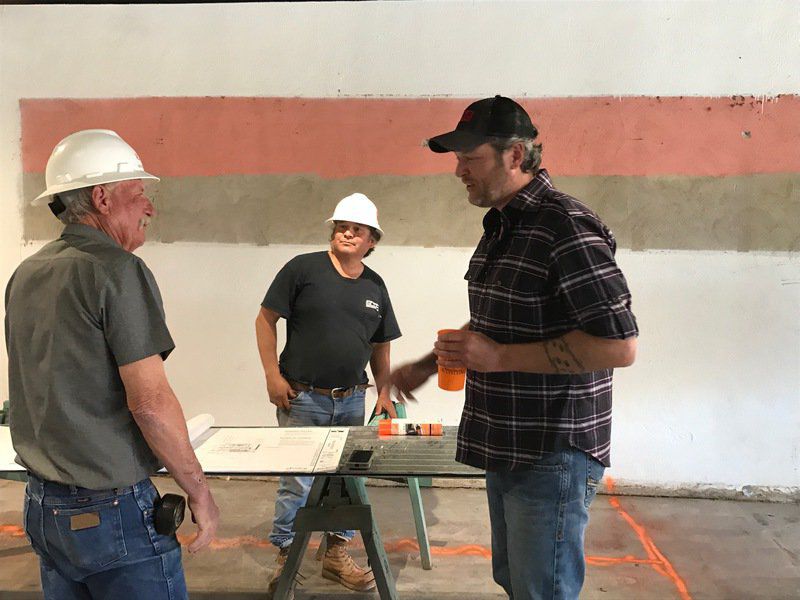 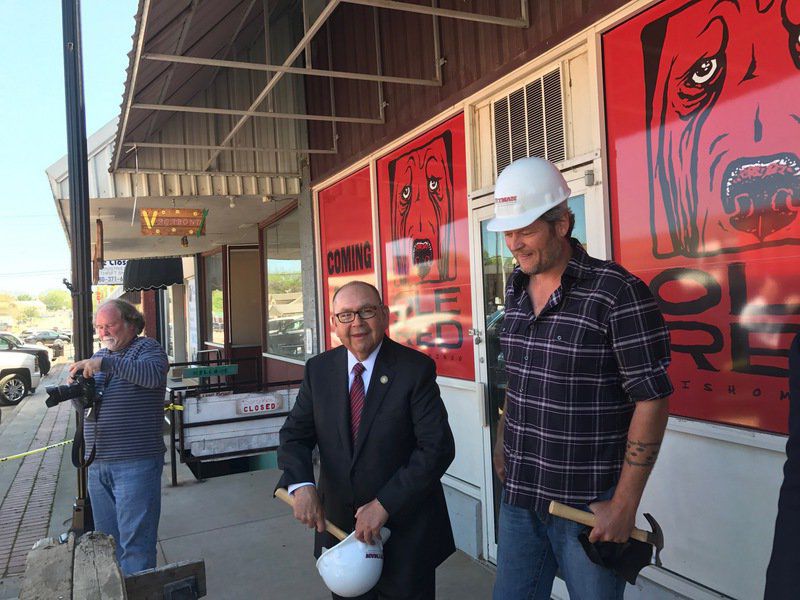 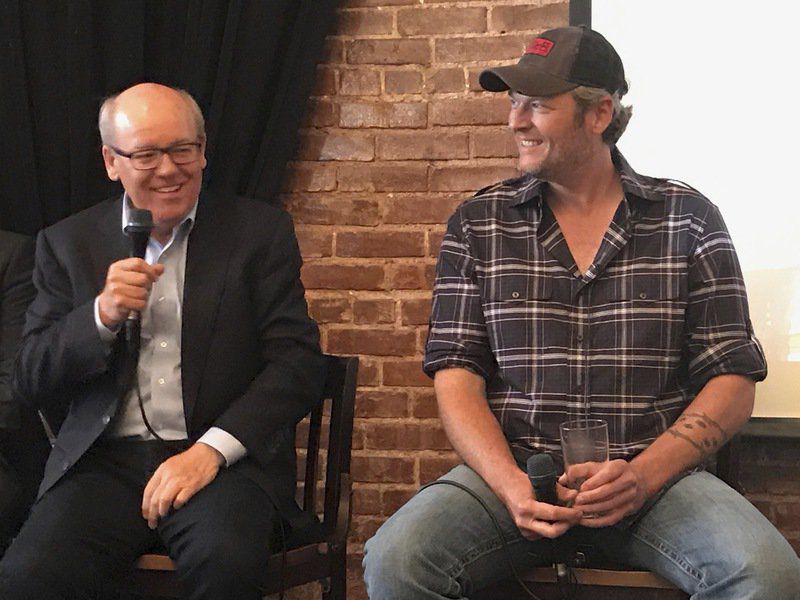 Glenn Puit/The Ada NewsBlake Shelton was in Tishomingo Monday to announce the launch of a new bar/restaurant called Ole Red.

Ada’s own Blake Shelton was in downtown Tishomingo Monday to launch a new restaurant and bar with direct ties to Nashville.

Shelton — who was born and raised in Ada and who owns property in the Tishomingo area — said he was excited to launch Ole Red, a restaurant/bar/music hall named for one of his biggest country music hits. The bar and restaurant will be located right on Main Street in Tishomingo and is part of a $20-plus million investment with Ryman Hospitalities.

"For me it is a state of mind,” Shelton said of Ole Red Tishomingo. “When you go in, it will be about our lifestyle. Our lifestyle here in Tishomingo. We are not trying to make this into anything other than just celebrating who we are here as Oklahomans…We are going to do it in a way where you are excited to be there. You are excited to take something away from there, excited to go in having a bite to eat or a drink.

"We definitely want music to be a part of the venue,” Shelton said, adding “I know a guy who can get in there and sing every once and a while if we can’t find anybody.”

Ryman Hospitality Properties Chairman and Chief Executive Officer Colin Reed said the Ole Red brand will be parlayed into a $20 million multi-level entertainment venue in the heart of Nashville. With a planned opening in 2018, Ole Red Nashville will be a multi-level 26,000-square-foot entertainment venue, with a two-story bar and restaurant, retail area, performance space, dance floor and private VIP booths for small groups. The complex will also include a large, private event space and a 6,000-square-foot rooftop featuring an indoor/outdoor bar and restaurant with panoramic views of Lower Broadway.

The launch of Ole Red was certainly big news in Tishomingo Monday afternoon. A large crowd of people gathered on Main Street to get a glimpse at Shelton, who is undoubtedly one of the most famous celebrities in all of America. A school bus filled with kids stopped on Main Street as Shelton stood nearby. Kids gawked out the window and yelled hello to Shelton, who also took the time to talk to fans, one by one, signing autographs and getting his picture taken with each one. It was clear in watching Shelton he values the people of this region and hasn't strayed from his Oklahoma roots despite his stardom.

At one point he walked into the future home of Ole Red Tishomingo, now under construction, and shook hands with construction workers laboring away on the heating and air system of the new restaurant-bar.

“We did not know he was coming,” said Keegun Laymance, who was working on the building when Shelton strolled in. "We were wondering what everyone was doing out here and then we caught on. It was really cool.”

Chickasaw Nation Gov. Bill Anoatubby and Tishomingo Mayor Tom Lokey said Ole Red Tishomingo will be a huge boost to the local economy and the region.

"It is good for the economy and good for tourism,” Anoatubby said.

Jackie Baker, owner of Baker’s Mercantile, and Kristie Cannon, owner of the Dairy Queen and Latte Da Coffee House in Tishomingo, said they too see Ole Red Tishomingo as an economic boost to the town.

"We are a great small town full of friendly people,” Baker said, adding Blake Shelton treats everyone the same. "You see Blake on TV and you see Blake in my store, and he’s the same Blake.”

Local lawyer Dustin Rowe said the new restaurant has created a huge amount of excitement in the community.

“A lot of excitement and optimism not only for Tishomingo but also for southern Oklahoma and I think the entire state,” Rowe said. "Certainly when you have someone of Blake’s caliber who is willing to make an investment in our way of life and our community, it speaks volumes about the kind of person he is.”