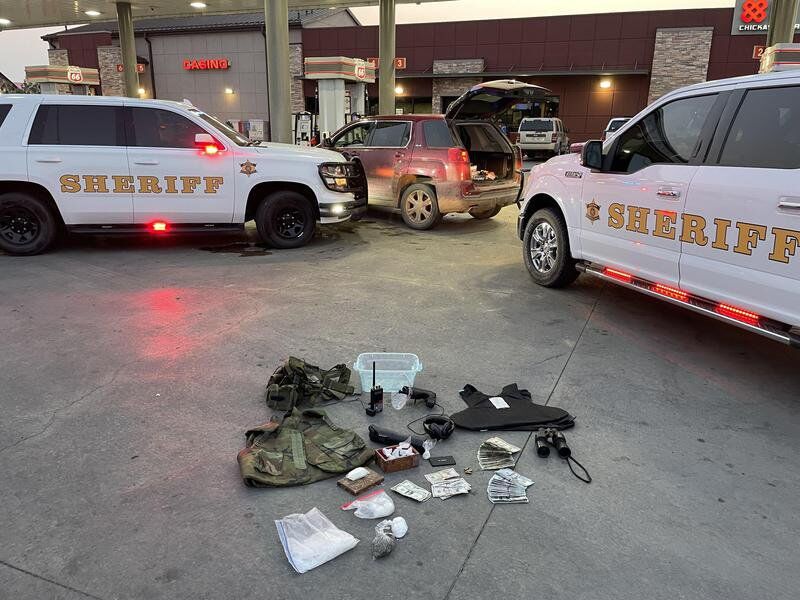 Drugs, money, bulletproof vests and other seized items lie on the ground Wednesday after the arrest of Chance Avery Shmidl. Shmidl reportedly led law enforcement officers on a high-speed pursuit that ended at the Chickasaw Travel Stop on the west side of Ada. 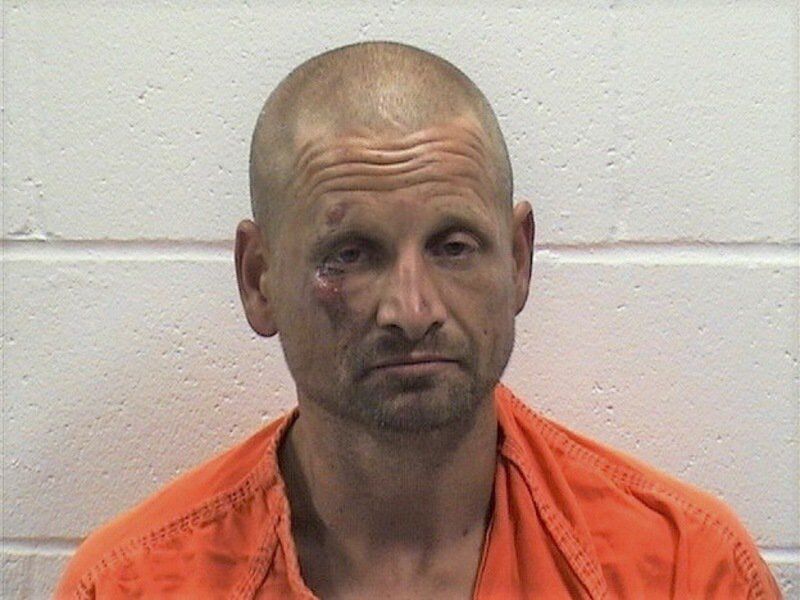 Drugs, money, bulletproof vests and other seized items lie on the ground Wednesday after the arrest of Chance Avery Shmidl. Shmidl reportedly led law enforcement officers on a high-speed pursuit that ended at the Chickasaw Travel Stop on the west side of Ada.

Pontotoc County sheriff’s deputies arrested a man Wednesday for alleged drug trafficking after he led authorities on a high-speed pursuit.

According to a report from the Pontotoc County Sheriff’s Office, deputies were attempting to serve a felony arrest warrant on Shmidl when he fled in an SUV.

“I met (Shmidl) on County Road 1525 near County Road 3470,” Deputy Michael Walker said in a report. (Shmidl) went around me through the right-side bar ditch. I turned and began pursuing a maroon GMC Terrain with no tag on display, (which) continued on 1525 to 3475, and then eastbound on state Highway 19.

Walker said Shmidl passed several vehicles throughout the construction zone on SH 19, including in no-passing zones.

“Shmidl began throwing items from the vehicle, some of which struck my vehicle,” Walker said. “I gave locations for items as they were being thrown out so that Deputy Shannon Butler could retrieve them. Shmidl slammed on his brakes several times trying to get me to crash into him. The pursuit speed reached 105 (MPH) at one point on SH 19.”

The pursuit continued toward Ada, on and off several county roads and highways, eventually ending up at the Chickasaw Travel Plaza at the intersection of Main Street and Latta Road.

“Shmidl went around the gas pumps and then slowed down quickly causing my vehicle to make contact with his, “Walker said. “The vehicle he was driving was nosed up to a concrete barrier. Ada Police Department began assisting in the pursuit as we came into city limits. Chance fled from the vehicle and began running southbound. I made contact with him as APD Captain Destry Musgrove deployed his taser, making contact with Shmidl. Shmidl still was not complying but we were able to put cuffs on him.”

Shmidl was arrested, and deputies located two bulletproof vests inside the stolen vehicle he was driving, along with a hand-held radio and burglary tools, Walker said.

“Deputy Butler arrived on scene with items located in the areas that I gave during the pursuit,” Walker said. “I later learned that Deputy Adam Rowden had been in the area in his personal vehicle and observed Shmidl throwing items. Deputy Rowden advised that he retrieved the items and gave them to Deputy Butler. There was a large amount of crystal-like substance in a clear baggy, several other baggies of crystal-like substance (est. of 617 grams), several kinds of pills, a bag of green leafy substance, a scale and empty baggies.”