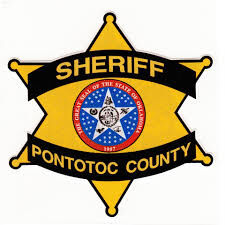 A Latta Schools coach/teacher was charged Wednesday with allegedly soliciting a minor for sex.

Jacob Conner Collins, 26, was charged in Pontotoc County District Court with soliciting sexual conduct or communication with minor by use of technology.

According to a press release by Sheriff John Christian, Deputy Brent Rhoads, who is also the Latta Public Schools resource officer, was alerted by Latta Superintendent Cliff Johnson of possible inappropriate conduct by Collins.

At the time, Collins was a Latta physical education teacher and assistant coach in both baseball and basketball.

"Deputy Rhoads received the report from Superintendent Johnson of several students who had knowledge or possible information about the incident(s) involving Mr. Collins and a Latta High School student," Christian said in the release. "Deputy Rhoads was provided a list of the students, as well as parent contact information. Some of the students named had previously graduated from Latta School."

Collins resigned his position with Latta Schools after the allegations were brought, according to Christian. Christian assigned Deputy Ryan Hudson to investigate the allegations.

Christian said other possible juvenile victims are currently being interviewed as to their knowledge of the allegations made, or of possible additional incidents involving Collins.

On Oct. 27, after conducting several interviews with witnesses, a warrant was issued and Collins was arrested. As of press time Wednesday, he remained in Pontotoc County Justice Center on $50,000 bond.