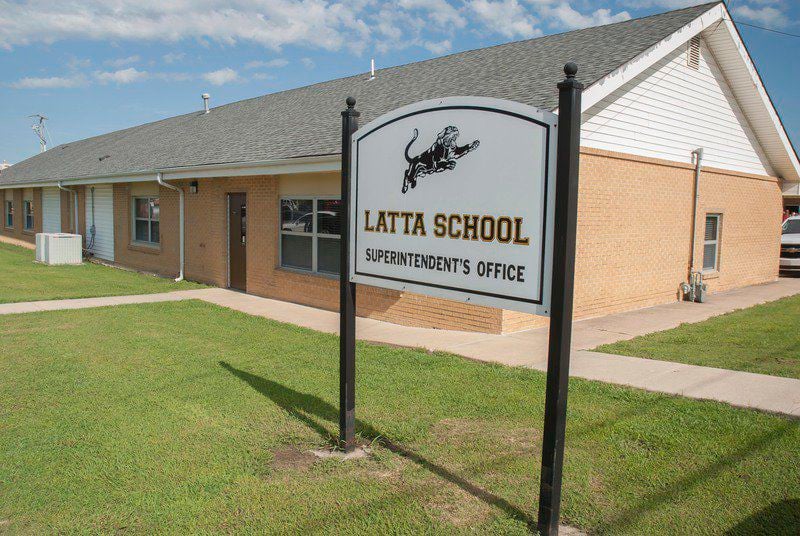 The Latta superintendent’s office is shown in August 2017. Latta School will celebrate its 100th anniversary on Friday. 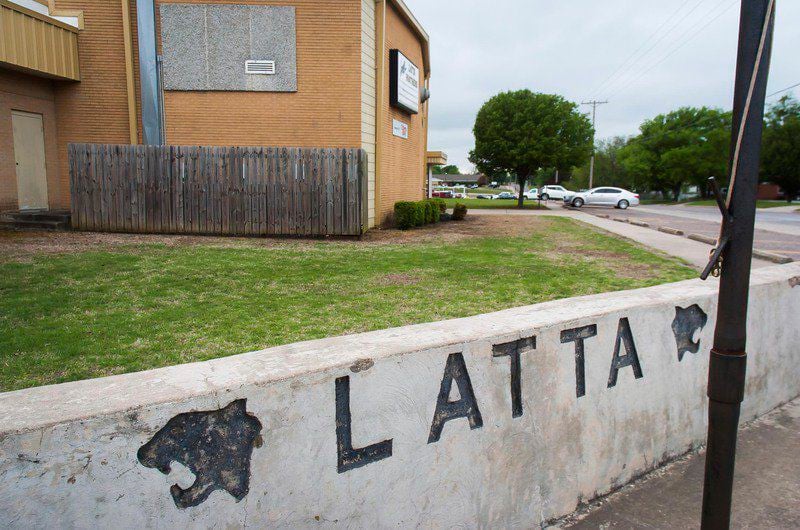 The exterior of Latta High School is shown in this April 2019 photo. Latta School will celebrate its 100th anniversary Friday in conjunction with Homecoming activities.

The Latta superintendent’s office is shown in August 2017. Latta School will celebrate its 100th anniversary on Friday.

The exterior of Latta High School is shown in this April 2019 photo. Latta School will celebrate its 100th anniversary Friday in conjunction with Homecoming activities.

With tours and basketball games, Latta School students, faculty and staff will celebrate the school’s 100th anniversary later this week.

The celebration will take place Friday night in the Latta Panther Fieldhouse, in conjunction with Homecoming. Tours of the school will be available between 5 and 6 p.m. starting at the Latta High School Library Media Center.

“That night, the Latta Panthers and Lady Panthers will play Okemah in varsity baseball starting at 6:30 p.m.,” Superintendent Cliff Johnson said in an email Wednesday. “During the game, there will be displays of mementos from past decades in our school’s history. At halftime of the girls game, we will honor the family of George Washington Latta and John Latta. After the conclusion of the boys game, the homecoming coronation will be held.”

John Latta donated a parcel of land for Latta School. His granddaughter, Lee Fields, and approximately nine other members of her family are scheduled to attend the celebration.

Latta School is named for George Washington Latta, a full-blooded Cherokee citizen who settled south of Ada in 1902, near the school site, according to Latta’s obituary. He left Ada in 1911 and moved to Monterey, Mexico, but returned in 1913.

Four years later, George Latta moved to Corona, New Mexico, where he homesteaded a section of land and started a sheep and cattle ranch. He returned to Ada in 1920 and died Jan. 5, 1947, at the age of 79.

In August 1919, voters in four small school districts met at the old Latta Grade School to vote on a proposal to form a consolidated elementary school, according to Ada resident Sylvia Brantley’s essay “The Building of a School.” The proposal passed 67-6.

‘The newly organized school was to be known as Latta Consolidated School No. 1,” Brantley wrote. “Since the old Latta School was centrally located of the other small schools, it was decided to build in the Latta community.

“Land had been given to the Latta grade school by the Latta family. It was a small plot of land with just enough land for the building and a playground. It was then decided to build in a different location.”

Brantley was referring to George Latta’s son, John, who donated the land for the school.

Brantley’s father, Will Haines, later circulated a petition calling for a bond issue election, according to Brantley’s article. The measure succeeded, and the district issued $25,000 in bonds to pay for constructing and equipping the new school, which was built in 1920.

Several other small schools later closed their doors and joined the Latta school district. The students eventually outgrew the high school, so a new high school was built sometime in the 1930s.

The old school buildings were torn down in 1960, and a modern high school with an auditorium was built, according to the article. The district also built a new gym, a new grade school and a lunch room.

Latta School began life as a small elementary school, but today it has more than 900 students and 115 certified employees and support staffers, Superintendent Johnson said Wednesday.

“Latta School has grown over the years as the Ada area has grown, and also due to its reputation as a school with high academic standing and outstanding extra-curricular and co-curricular programs,” he said. “The district enjoys strong support from the community it serves, as it recently passed a 16.95 million dollar bond with 76% voter approval.”

Johnson said proceeds from the bond issue will pay for constructing a new elementary school and ag building, as well as making improvements to existing buildings on campus.