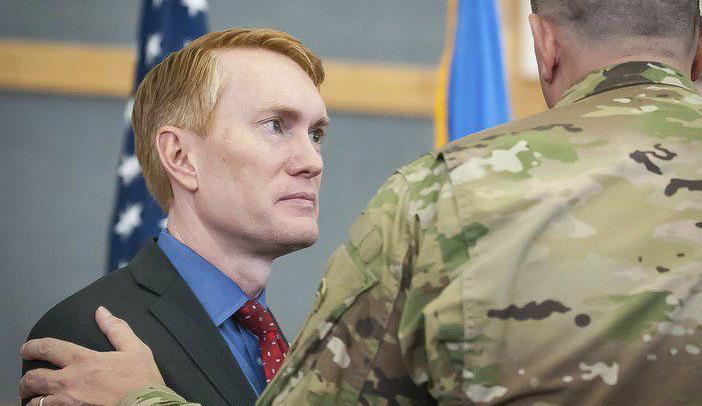 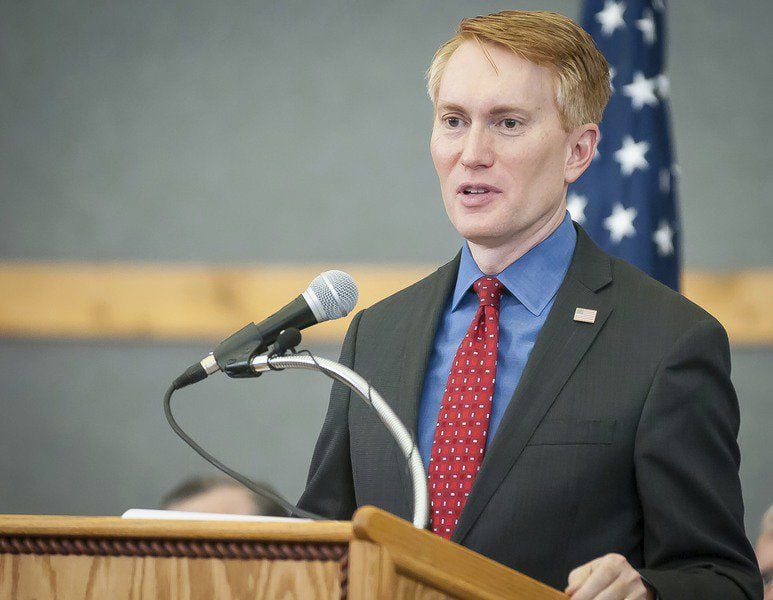 U.S. Sen. James Lankford, in town to attend a deployment ceremony for the Oklahoma Army National Guard’s 1245th Transportation Co., sat down with The Ada News to talk about where he stands on medical marijuana.

The Ada News: Should marijuana remain a Schedule One drug, or have we reached the point where the federal government needs to unschedule marijuana and allow states to decide for themselves, as 31 states now have, whether to legalize marijuana in one way or another?

Lankford: There are two issues there. For folks that would say, ‘This is a state’s rights issue even though federal law prohibits this,’ I would ask the same question of them. Would you apply that to every other social issue? (That is) to say, if federal law prohibits it, the states should be able to decide it and decide it differently. And, I’ve found some people who say, ‘Well, marijuana is different because I like marijuana and I want that to be a state’s issue.’ But, for instance, pro-life issues — ‘I want that to be a federal issue and not have states have different permissions or access points.’

So, we’ll have to decide. People are going to have to figure out what is their view on the role of the federal government and the role of the states and make sure we stay consistent on it. That’s one issue.

The second issue is about $250 million in federal tax dollars have been spent the last three years in a row on researching marijuana. I hear some people say it just needs more research and there’s not enough research. Well, if there’s been three-quarters of a billion dollars in research from federal research the last three years alone trying to be able to determine (an answer) and the Food and Drug Administration is looking at all studies and saying no, they don’t see a medical indication for smoking marijuana…

Now, are there derivatives — CBD, THC — that come out of the plant that they can use in a gel, an oil or a pill form for medicine? No issue. In fact, the FDA has approved several that have some connection to that from the derivatives, but not from smoking it.

The American Cancer Society, the American Medical Society, the National Institutes for Health, the FDA — all of those say (they) don’t see a benefit from smoking it. If you want to get high, you can smoke it. But, if you want the medical gain, we’ve got to be able to get those derivatives into a medical form we can deliver in a way that your body receives.

The Ada News: With regard to the first issue, you talked about state’s rights and being consistent with the federal government, and you specifically used abortion as a parallel. Some may say there is a difference between the two.

Congress could decide to remove marijuana from Schedule One without any judicial intervention whatsoever. Whereas abortion is currently a matter for the U.S. Supreme Court to decide. Such a sweeping change to abortion laws would require the court to overturn its own prior decisions.

Do you see marijuana and abortion as apples and oranges, two completely separate issues?

Lankford: I would say that people tend to say it’s state’s rights on issues they like, and I understand that. What I just poke on folks is to say, make sure if you say it’s always state’s rights to be able to do that … does this always apply? Or, just on issues we like?

The Ada News: In your opinion, as a legislator, should marijuana still be classified as a Schedule One drug, or is the jury still out for you?

Lankford: I wouldn’t just say from my opinion but from the science. If you look at the FDA and NIH that have done millions and millions of dollars of research, they still say it’s a Schedule One drug. So, this is not just an opinion issue. Again, I occasionally find people picking and choosing when they like science and when they don’t like science as well, but that’s another whole set of issues.

The science looking at it, and the research that’s been done, would say no. This is a drug that’s a Schedule One drug. Again, are there derivatives that can be used from it? Absolutely you can, but the same thing is true of poppies. We say heroin is a Schedule One drug, but are there derivatives that can also be used in medications? Absolutely there are.

Just because it comes from a plant doesn’t mean it’s natural, and we should just say we’re open to using it however you want to.