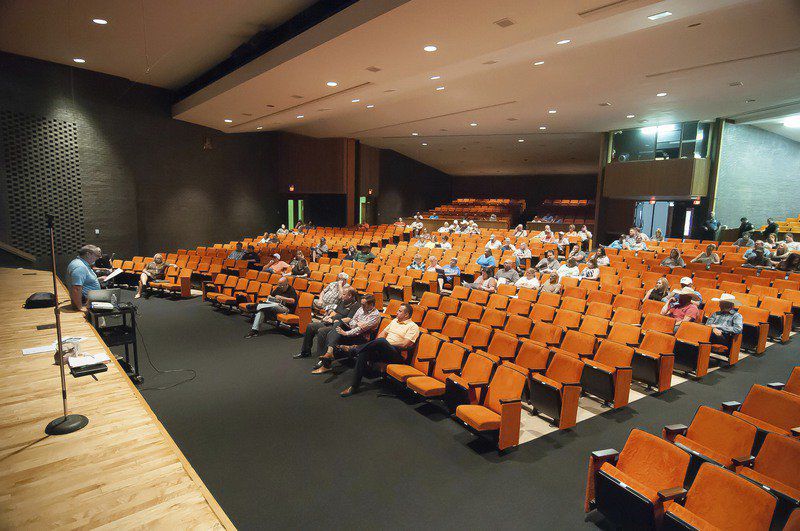 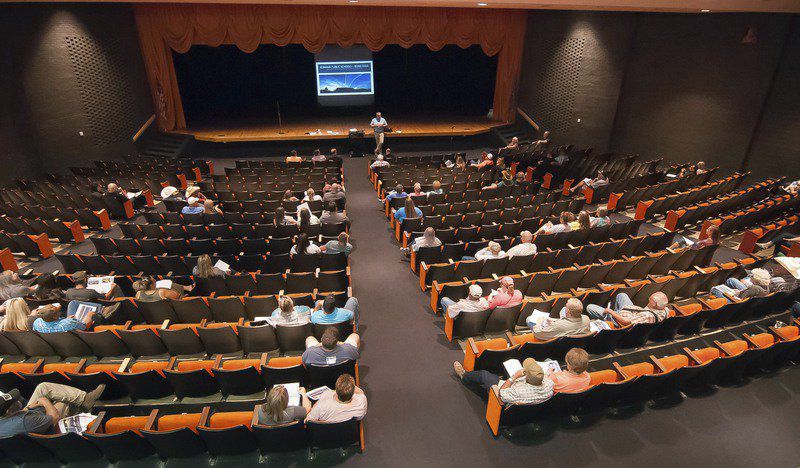 The audience listens to Konawa Public Schools Superintendent Cory Ellis talk about the upcoming bond issue vote. The election is set for Oct. 8. 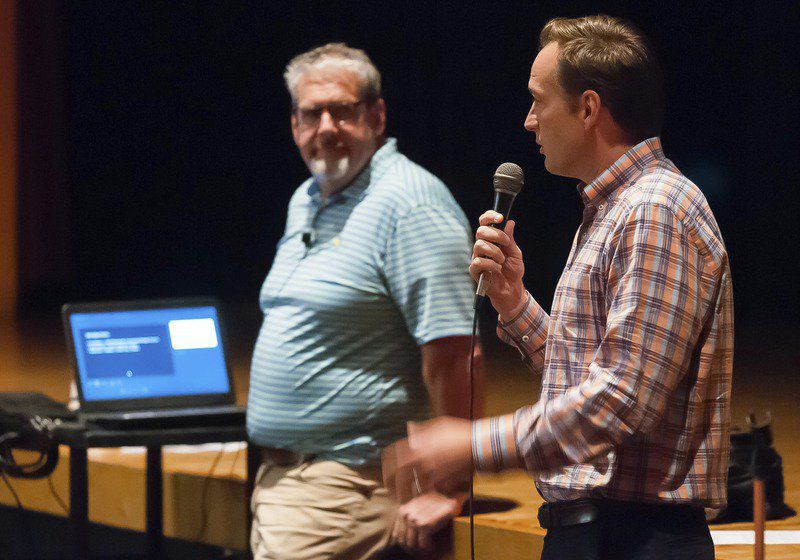 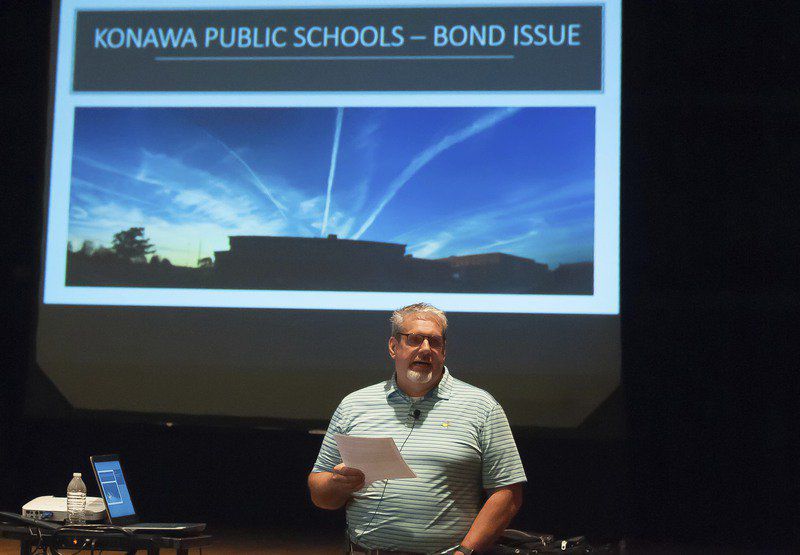 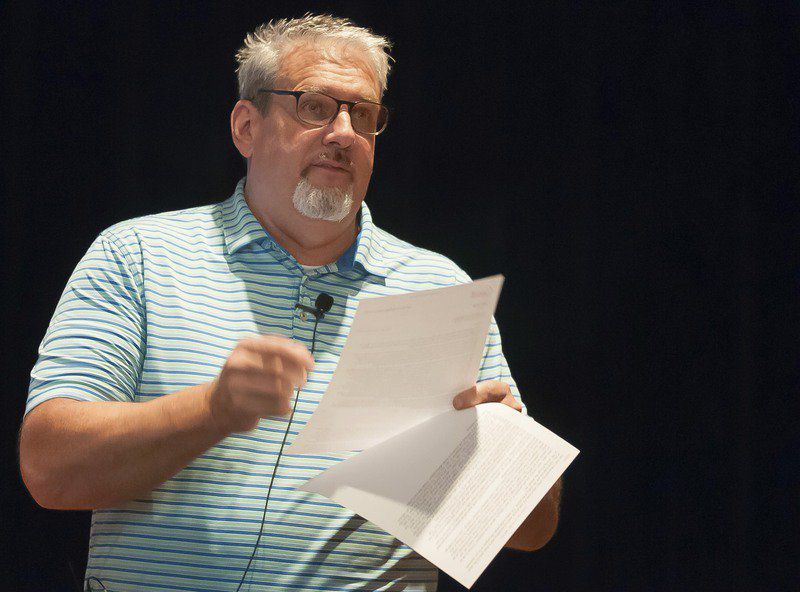 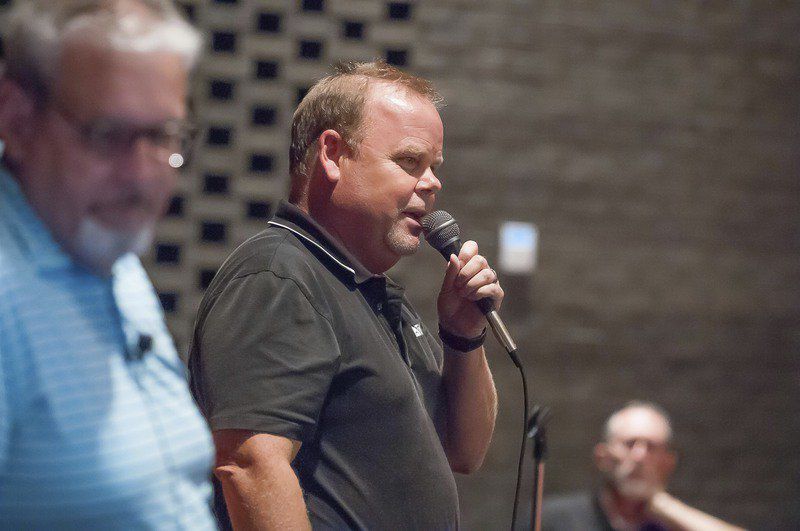 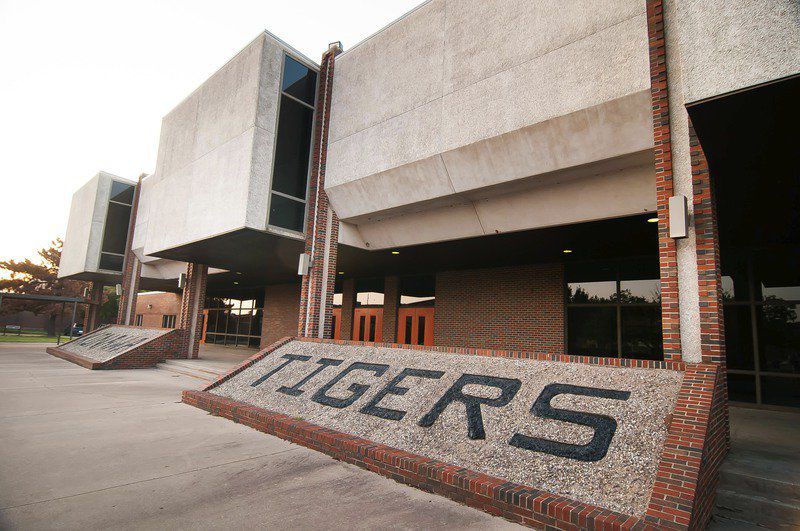 The Konawa Tigers sign is shown. Patrons of Konawa Public Schools will go to the polls Oct. 8 to decide the fate of an $8.16 million bond issue.

The audience listens to Konawa Public Schools Superintendent Cory Ellis talk about the upcoming bond issue vote. The election is set for Oct. 8.

The Konawa Tigers sign is shown. Patrons of Konawa Public Schools will go to the polls Oct. 8 to decide the fate of an $8.16 million bond issue.

“What I’m giving you is an option of where we need to go,” he said. “And I’m going to explain why that option is.”

Voters who live within the district’s boundaries will consider the bond issue at a special election, set for Oct. 8.

If voters approve the proposition, the school district would issue approximately $8.16 million in bonds to pay for the following projects:

• Repairing and renovating the baseball and softball fields, which wild include installing new lights, irrigation systems and a scoreboard.

Ellis said his plan would address problems with the district’s existing sports facilities and make it possible to host playoff games and other events.

“When our facilities look like we’re at, we are no longer on the table for discussion to host playoffs, to host regionals and anything else that could add revenue to our programs,” he said. “We used to hold regional track meets here. We currently hold three. We could probably hold more if we put ourselves in a position to maximize the amount of teams around us that have track programs.

“Also, it puts on the discussion table to hold playoffs when they need a neutral site for a playoff game between communities. Which means, we get opportunities for gate (revenue).”

District patrons who live in Seminole County would see their annual property tax bills rise by an estimated 9 percent as a result of the bond issue. For instance, patrons who currently pay $1,000 a year in property taxes would pay an additional $90.88 a year, for a new total of $1,090.88.

The annual tax bills for patrons living in Pottawatomie County would increase by about 8.3 percent. Patrons who currently pay $1,000 in annual property taxes would pay an additional $83.80 per year, raising the total to $1,083.80.

“What a lot of schools do — and we’re proposing here — is called a series bond issue,” Davis said. “And so, what we do is we go with that larger dollar amount but instead of putting it all on the tax rolls at one time, we spread it out over a series of years.

“By spreading that tax impact over a series of years, two things happen. One, it keeps you underneath your bond capacity that we talked about. And number two is it minimizes that tax impact.”

One woman in the audience wanted to know why Ellis thought a new sports complex was more important than other projects, such as new heating and air conditioning systems.

“Why does a sports complex trump needed issues?” said the woman, who did not identify herself. “Kids need heat. Kids need air.”

Ellis said district officials could have proposed a bond issue for heating and air conditioning systems, but that would not address the problems with the sports facilities.

“You’re still gong to have the issues that we have that go out to the peripheral outliers,” he said. “And what I’m trying to do is say, ‘All right, we’re going to start here and maximize all our money where it can funnel into these things. So in the long term, all we have to concern ourselves with is instruction and these facilities.’”