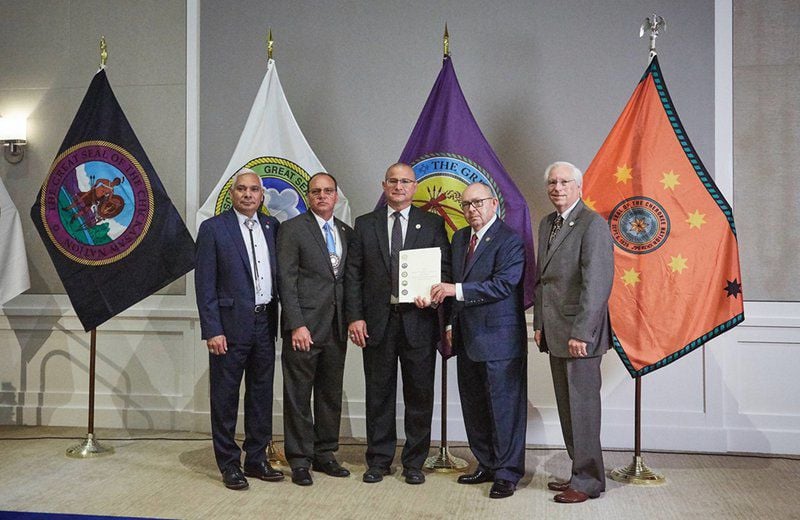 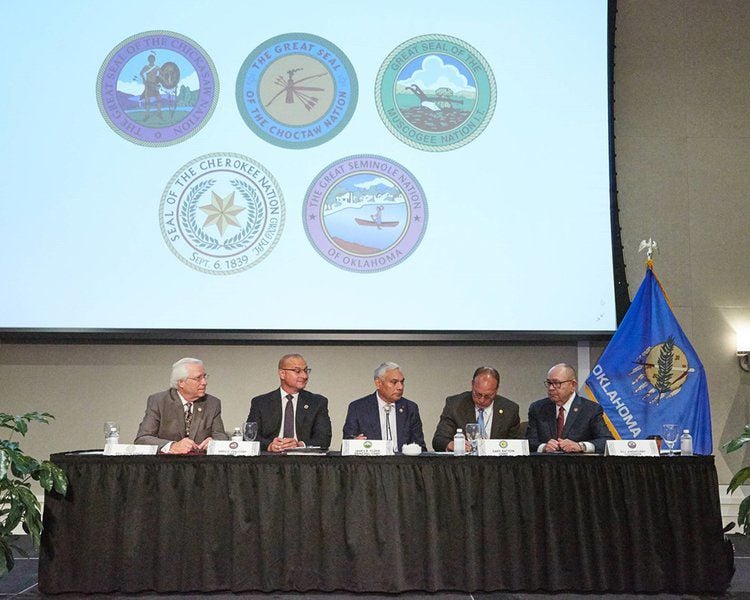 OKLAHOMA CITY — The Inter-Tribal Council of the Five Civilized Tribes (ITC) provided a unified, formal and firm response to Oklahoma Governor Kevin Stitt’s recent repudiation of the Oklahoma Model Tribal Gaming Compact through a joint resolution signed by the leaders of the Cherokee, Chickasaw, Choctaw, Muscogee (Creek) and Seminole Nations. The Tribal leaders unanimously agreed and adopted the resolution at the Inter-Tribal Council meeting today at the River Spirit Casino Resort in Tulsa, Okla.

The ITC is an organization that unites the tribal governments of the Cherokee, Chickasaw, Choctaw, Muscogee (Creek), and Seminole Nations.

Tribal leaders expressed their disappointment in the action by Gov. Stitt to take a matter of such great importance to the media before engaging in respectful and purposeful conversations given the complexity of the compacts and the law. The ITC memorialized through the joint resolution their collective intent to reject the state’s attempt to unlawfully and unilaterally terminate the compact.

The gaming industry has become a significant driver of Oklahoma’s economy, employing over 55,000 Oklahomans, primarily in rural areas, and paying more than $1.5 billion in exclusivity fees over the past 15 years, mostly for public education. In response to the exclusive fee arrangement outlined in the compacts, Tribes have invested hundreds of millions of those dollars into education, roads, health care, public safety, and tourism to support the betterment of our state for the benefit of all residents. The tribes’ investments have allowed the state to channel tax revenue to other high priority needs.

During Friday’s general session of the ITC, the tribal leaders detailed the extensive legal history and complexity surrounding gaming compacts and highlighted the current compact, which was approved by Oklahoma voters on November 4, 2004, and approved by the U.S. Secretary of Interior.

The tribes also detailed their concerns that Gov. Stitt made no proposal of any terms, nor presented a framework, for any renegotiation. That noted, the ITC pledged their support for the continuation of the exclusive fee structure and amounts outlined in the current compact. They underscored their confidence in the legal reality that the compact does not expire, but in fact renews on January 1, 2020.

“We have considered the state of Oklahoma a trustworthy partner through the years. Working together we have made strides in building a better, stronger and more prosperous Oklahoma for the benefit of the hundreds of thousands of members of our Tribes who live and work here as well as all residents of this great state. We can trace the starting point of our constructive partnership to the carefully crafted and balanced approach represented in the current compact negotiated in a respectful manner between the state of Oklahoma and the sovereign Tribes residing in Oklahoma. This compact represents a continuing and mutually beneficial partnership. The recent action of Gov. Stitt puts into question his sincerity to work with us in a cooperative manner moving ahead. We are resolute in our position, and it is our hope Gov. Stitt and his advisors will not attempt any bad faith interference on the compact which could set back the progress we have achieved by working together.”

In a statement sent to The Ada News by email Thursday, Chickasaw Nation Gov. Bill Anoatubby expressed hope the Chickasaw Nation would be able to find a way to preserve a positive working relationship with Gov. Stitt going forward.

“The Governor’s position, as stated in his editorial and letter, came as a surprise to us,” Anoatubby said. “A position of this significance warrants respectful and purposeful conversations, particularly given the complexity of the compact and the law. We are evaluating the Governor’s letter and will consider our options. We have always placed a high value on the partnership we have enjoyed with the state of Oklahoma. This constructive relationship has benefited the economy and the citizens of Oklahoma. It is our hope to preserve this positive partnership so we can continue to work together for the betterment of our state.”

The Ada News Editor Carl Lewis contributed to this report.