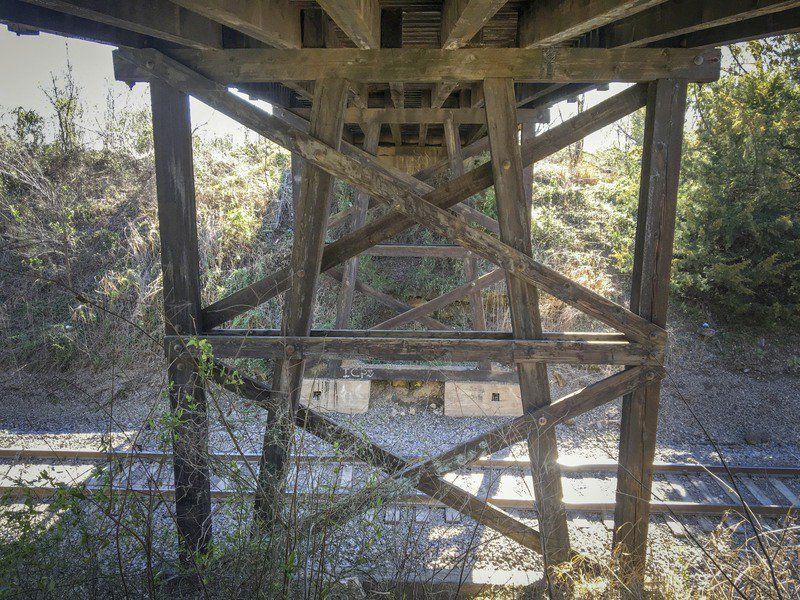 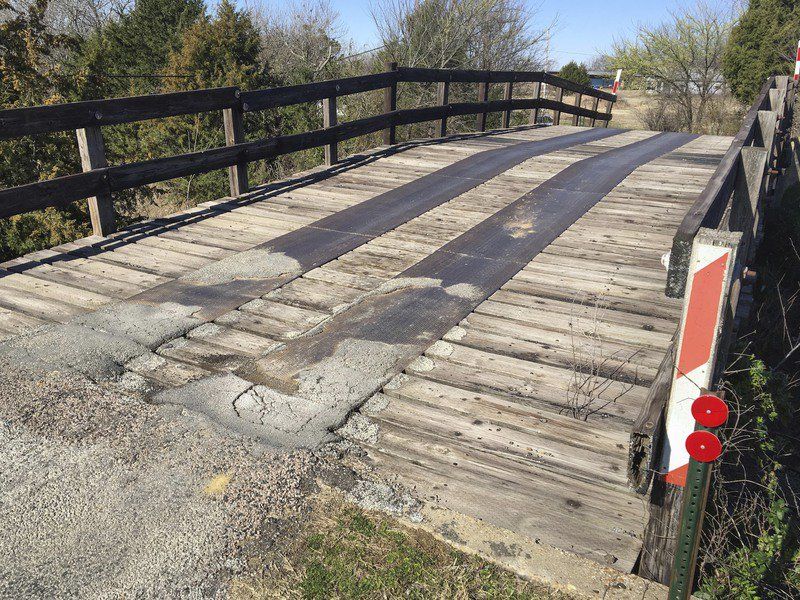 Richard R. Barron/The Ada NewsThe 12th Street Wagon Bridge in Francis was originally designed to provide a way to get horses and buggies across the railroad track east of town. The bridge has become a hinderance to emergency services personnel who cannot get heavy ambulances and fire trucks over its ailing frame.

Richard R. Barron/The Ada NewsThe 12th Street Wagon Bridge in Francis was originally designed to provide a way to get horses and buggies across the railroad track east of town. The bridge has become a hinderance to emergency services personnel who cannot get heavy ambulances and fire trucks over its ailing frame.

Pontotoc County Commissioners announced Monday they have finalized an agreement with Burlington Northern-Santa Fe Railroad to replace an aging bridge in Francis.

The 12th Street Wagon Bridge — a one lane wooden construction dating back to statehood — was once the only way out of the town of Francis, going east. Now, the bridge is an impedance to emergency vehicles and oil field equipment — modern vehicles too heavy to cross.

The county will spend nearly $624,000 to replace the bridge with a two-lane, concrete structure. Contractors have 240 consecutive calendar days to complete the project with construction scheduled to begin next week.

“The bridge originally belonged to the railroad, but after construction it will become a county owned and maintained bridge,” said Pontotoc County District 1 Commissioner Gary Starns.

Starns said BNSF will pay $85,000 towards the cost of replacing the bridge, and pay an additional $155,000 to cover the cost of hiring an engineer flagman to regulate railroad traffic during construction.

The Oklahoma Department of Transportation and Pontotoc County Commissioners estimate the bridge was built between 1930 and 1950, but at least one area resident said the bridge goes back to the days before statehood.

A.T. Scroggins, 85, was born and raised in the town of Francis, and he remembers the bridge already being a fixture in the community.

“That bridge was put there around 1900 when the railroad came through,” Scroggins said. “The town of Francis was built by the railroad people — the old Frisco Line.”

He said he remembers more than a few childhood misadventures in which the bridge played a central role.

“We used to aggravate those trains when there was snow on the ground,” he said. “Those old steam engines that came through there. A bunch of us boys would go down there and we’d throw snowballs at the trains, you know? Try to hit those conductors if they had their windows open.”

Scroggins laughed as he told the tale by phone Monday.

In those days, he said, they rode horses down to the bridge.

Asked whether he would miss the old bridge once it was gone, he didn’t hesitate to answer.

“No, I won’t miss it,” he said. “I believe in progress and the new bridge is going to be quite an improvement for the town of Francis and the whole community.”