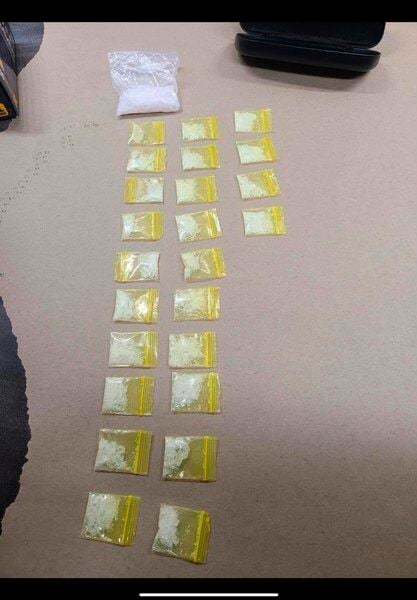 A large amount of methamphetamine seized by Ada police during a New Year’s Eve arrest is displayed on a table. 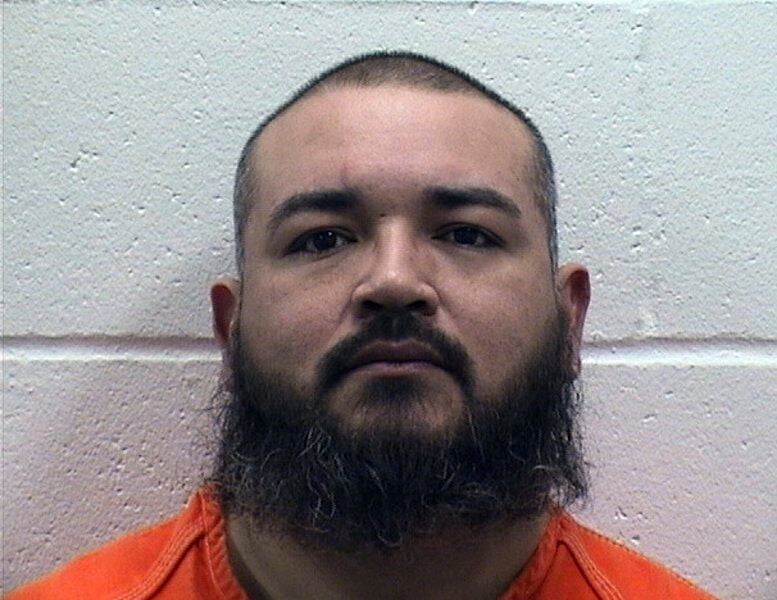 A large amount of methamphetamine seized by Ada police during a New Year’s Eve arrest is displayed on a table.

"Upon arrival I made contact with the (reporting person who) stated that the tenant at (room) 111, Brandon West, was consistently running outside into the parking lot yelling and hitting a vehicle," Vogt said. "She stated that (West) also was banging on the walls within the apartment, and on the door of other tenants."

The reporting person told Vogt that when she confronted West in the doorway, she noticed a number of baggies on the ground and in the room with what appeared to be methamphetamine inside of them.

After getting permission from the reporting person to enter the room, Vogt and Ada Police Officer Stephanie Bolin questioned West.

"I asked Brandon if he had his identification," Vogt said. "He stated he did, and he was waiting for me to arrive before he grabbed anything out of his room. ... Brandon handed me his wallet. I informed dispatch of his information, as well as that he was a Chickasaw Native."

When asked if he had "taken anything," West reportedly said no, but said he had consumed some alcohol.

"We then had Brandon step out of the room and face the window where I placed handcuffs on him and informed him that he was under arrest at the time for possession of a controlled dangerous substance."

West was arrested without incident.

Vogt contacted his superiors concerning the large amount of meth, and also the Federal Bureau of Investigation and Chickasaw Lighthorse police.